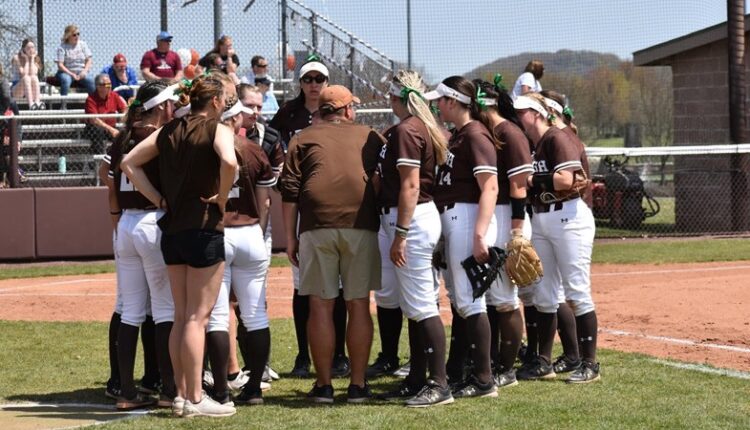 BETHLEHEM, Pa. – The Lehigh softball team will visit Boston University for the final regular season series before the beginning of the Patriot League Tournament on May 12-14. The Mountain Hawks will play a doubleheader on Saturday starting at noon in Boston and will close out the 2022 regular season with a single game Sunday at noon.

Lehigh enters the weekend standing at 24-16-1 for the season and a 13-2 record in Patriot League play. The Mountain Hawks were defeated in the first game of last weekend’s series but they battled back with a 9-1 five-inning win to split Saturday’s doubleheader against Colgate. Sunday’s Senior Day series finale featured a late offensive explosion with a seven-run inning to beat the Raiders 7-6.

Senior Gabriella Nori spent most of the time in the circle for Lehigh, picking up a win and a loss over the weekend for a 9-9 record. Nori allowed five runs on six hits in seven innings with six strikeouts in game one. Nori pitched again on Sunday allowing six runs (five earned) on 10 hits in seven innings. Sophomore Katelyn Young started game two on Saturday, allowing just one run on three hits.

Lehigh will be no worse than the No. 2 seed in the upcoming Patriot League Tournament and can win the regular season title and the right to host the tournament with a three-game sweep of the Terriers.

Boston University sits at 37-13 overall and is 15-0 in Patriot League play. A three-game sweep at Army West Point last weekend increased the Terriers’ winning streak to 26 games. BU’s offense is led by sophomore Kayla Roncin who holds a .436 batting average with 72 hits and 33 RBIs. Senior Emily Gant also contributed 50 hits for the Terriers with six home runs and a team-high 45 RBIs. The Terriers are batting .311 as a team.

This weekend’s series will mark the end of the regular season for both teams. The Patriot League Tournament begins May 12.