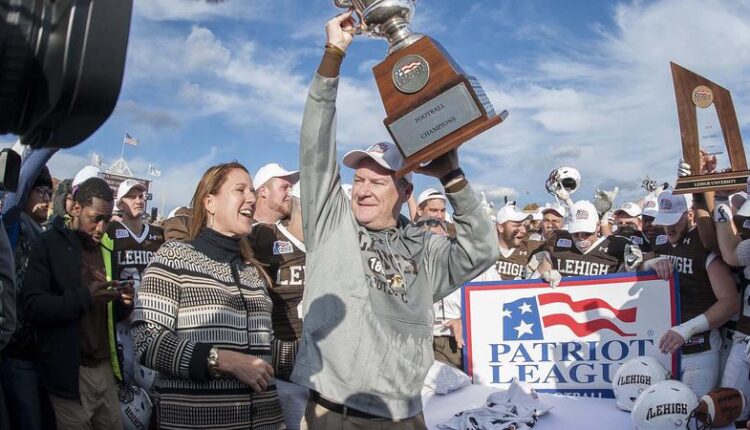 In April, former Lehigh football head coach, Andy Coen, sadly lost his battle with early onset Alzheimer’s disease. Coen departed Lehigh tied for the most wins in program history, and led the Mountain Hawks to 5 Patriot League titles during his 13 years as head coach. He was named Patriot League Coach of the Year twice, and went 9-4 against Lafayette. Coen mentored hundreds of all-patriot league performers, both on and off the field. Last Saturday, Lehigh football honored Coen before his game against Colgate. Defensive backs coach Quentin Jones ’18 and former assistant coach Donnie Roberts share memories of Coen and the impact he had on his players and the Lehigh community.