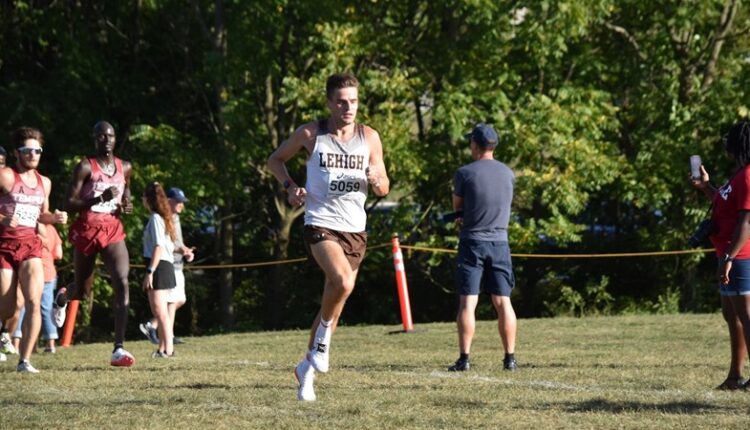 “It was nice to get to measure up against some very good teams today,” said head coach Todd Etters. “Villanova showed why they continue to be one of the top teams in the country. Not many teams can do what they did today.

“However, today was as much about starting to figure out our own team as much as it was competing against other teams,” Etters continued. “We can’t control how good our competition is going to be, so instead, we will focus on being patient and putting the work in every day to get better. We have the ability to improve with each race and I look forward to seeing our growth over the next few weeks.”

Senior Tyler French began his final cross country season at Lehigh on the right foot on Friday night. French was Lehigh’s top finisher of the night, finishing 17th overall with a time of 18:21.9.

“Tyler is a competitor and he has been a staple in our program throughout his career, but today was the first time he was our top finisher,” Etters said. “He has been working toward that for a long time and he finally got there. This was a nice race for him and it is something he can build off of.”

Running alongside Melko and Lynch was sophomore Kevin Harvey, who continued to push not only himself but also his teammates throughout the race. He finished the 26th overall with a time of 18:37.1.

“Kevin and Aidan were very impressive today,” Etters said. “They both made a big jump in our program and they will be big factors this year.”

While the upper classmen finished Friday’s race with solid performances, several Lehigh first-years made their cross country debut at the Goodman Campus Cross Country Course. Leading the way for the first years was Adam Barbato. Barbato, who finished 50th overall, was the top finisher for the Mountain Hawk first-years (19:09.1).

Following close behind Barbato was fellow first-year Daniel Malatesta. Malatesta ran with Barbato for a majority of the race, finishing 59th overall with a time of 19:21.5.

The Mountain Hawks will take a week to recover from their season-opener before hosting Lafayette on Sept. 16 in the Rivalry presented by Lehigh Valley Orthopedic Institute. Competition will begin at 5:45 pm at the Goodman Campus Cross Country Course.

This Labor Day we celebrate workers and their wins | Opinion