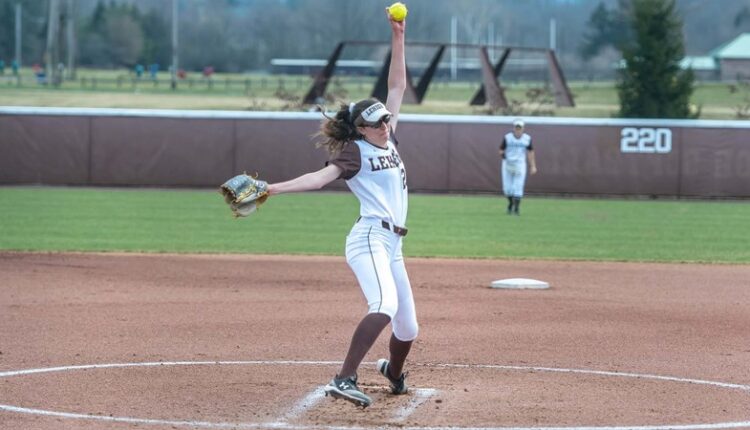 TAMPA, Fla. – Lehigh gave no. 23/25 USF all it could handle Friday afternoon but the Bulls scored two runs in the sixth inning to down the Mountain Hawks 2-0 at USF Softball Stadium. The Mountain Hawks found themselves up against reigning NFCA National Pitcher of the Week Georgina Corrick, who went the distance on a five hit shutout with 13 strikeouts and opened the scoring with a solo home run leading off the sixth inning.

The loss drops Lehigh to 5-11 on the season. The Mountain Hawks are 2-2 on their Florida trip with two more games to come tomorrow.

Senior Gabriella Nori matched went toe-to-toe with Corrick through the first five innings as she limited USF to just two hits with no walks and four strikeouts.

First-year Rory Dudley had Lehigh’s first two hits against Corrick, with singles in the second and fourth innings. Seniors Karsen O’Rourke and Carley Barjaktarovich singled to lead off the fifth and sixth innings respectively, but Corrick managed to keep the Mountain Hawks off the board.

Corrick led off the sixth with a solo home run to put USF (25-5) up 1-0. The Bulls then loaded the bases on two singles and an error and added a second run on Madison Epperson’s RBI infield single.

Lehigh made a late move in the seventh as first-year Hanna Aldrich drew a two out walk and sophomore Amanda Greaney followed with a single, but Corrick struck out junior Josie Charles to end the game. Corrick is now 19-1 on the season with 11 shutouts.

Nori fell to 3-6 allowing two runs on six hits over six innings, with four strikeouts and no walks.

The Mountain Hawks will wrap up their Florida trip with two more games Saturday at USF Softball Stadium. Lehigh will face Canisius at 9 am before closing out spring break with a 4:30 pm game against St. Thomas.

Little has changed for Pennsylvania election officials, voters heading into 2022