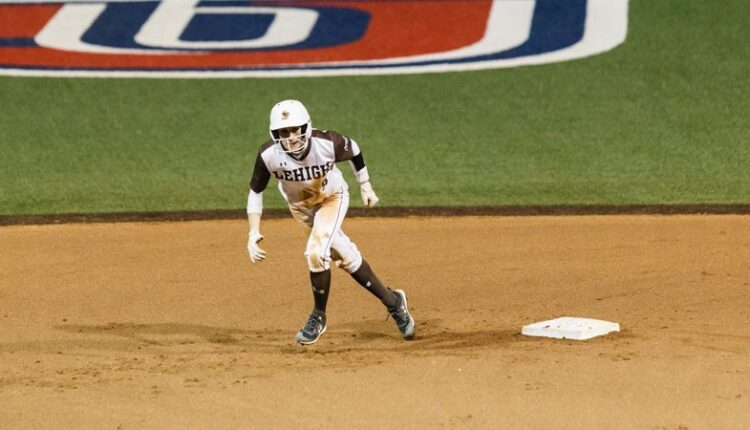 LYNCHBURG, Va. – The Mountain Hawks dropped a pair of games to defending conference champions Saturday on day two of the Liberty Invitational. Defending CAA champion James Madison broke a scoreless tie with three runs in the bottom of the sixth inning to defeat Lehigh 3-0 in the Mountain Hawks’ first game of the day. More than six hours later, Lehigh took on Atlantic Sun champion Liberty and fell 9-1 in five innings as the hosts scored six runs in the fifth.

Lehigh received a terrific pitching performance from sophomore Katelyn Young against James Madison, while senior Carley Barjaktarovich paced the offense with three of Lehigh’s eight hits over the two games. The losses drop Lehigh to 3-6 on the season.

The game against James Madison saw Young and Alissa Humphrey match zeroes through five innings. Lehigh put the first two batters on in the top of the first, but a double play erased the threat. James Madison (4-7) finally broke through with two outs in the bottom of the sixth as Hannah Hennessey doubled and scored on Emily Phillips’ pinch-hit single. Kayla Boseman followed with a pinch-hit, two-run home run to cap the scoring.

In Lehigh’s second game of the day, Liberty scored three runs in the first four innings off senior Gabriella Nori, with Kara Canetto delivering an RBI single in the second and Caroline Hudson adding a two-run home run in the third.

The Mountain Hawks scored their only run of the day in the fifth inning as junior Emily Cimino singled to right, bringing home classmate Josie Charles.

The Flames (13-6), put the game out of reach with six runs in the bottom of the fifth off sophomore Ansley Dambach and Young. Canetto finished 3-for-3 for Liberty, while Hudson was 2-for-3 with three RBIs.

Nori took the loss allowing three runs on five hits in four innings with a walk and a strikeout.

The Mountain Hawks will close out the Liberty Invitational on Sunday when they face No. 25/RV Notre Dame at 9 am

‘We the people’ are in dangerous territory | Jay Bookman