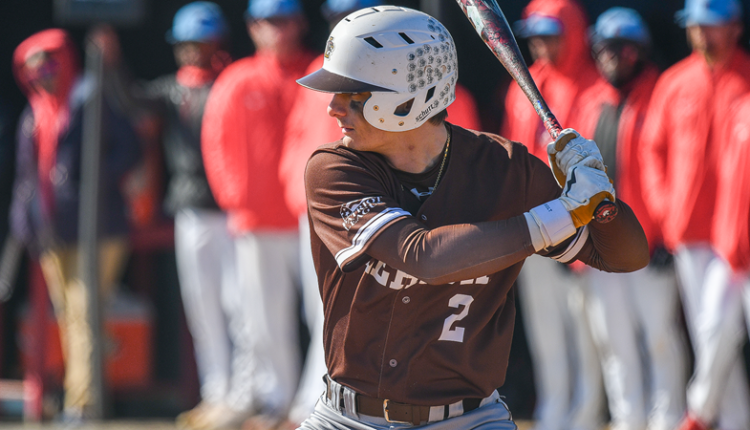 BETHLEHEM, Pa. – After falling behind early and attempting to come back following a three-run seventh inning, Army West Point scored seven runs over the final two frames to down the Lehigh baseball team, 14-4 in Sunday’s series finale at J. David Walker Field. With the defeat, the Mountain Hawks (16-16, 4-7 PL) fail to capture the series victory against the first-place Black Knights (14-16, 8-3 PL). Lehigh tallied a total of 10 hits, which led to just four runs, all of which came against Army starter Patrick Melampy (3-1), who picked up the win.

Senior Chase Carlson continued his hot week with a 3-for-4 performance, getting a double, a run scored and an RBI to pace the offense. Sophomore Andrew Nole went 2-for-4 with an RBI, while senior Joe Gorla also picked up a pair of hits.

Junior right-hander Ben Christian (2-3) was tagged with the loss, his third of the season after allowing four runs on seven hits over 4.2 innings of work with two strikeouts.

Army took a 2-0 lead after the first three innings of the contest, but Lehigh cut the deficit in half following Nole’s RBI single to left field which scored Gorla.

The Black Knights notched four runs in the fifth to take a 6-1 lead and tackled on another in the seventh on Ross Friedrick’s RBI single through the right side, leading 7-1.

Lehigh began his comeback attempt in the seventh inning when Tyler Young drew a leadoff walk. Nole flew out which brought up first-year Sam Holtz, who singled through the left side. Carlson ripped a double down the left field line to score Young and cut the Army lead to 7-2.

Army scored five runs in the eighth and two in the ninth inning to take home the 14-4 victory Sunday afternoon.

This is exactly what white privilege looks like | Opinion