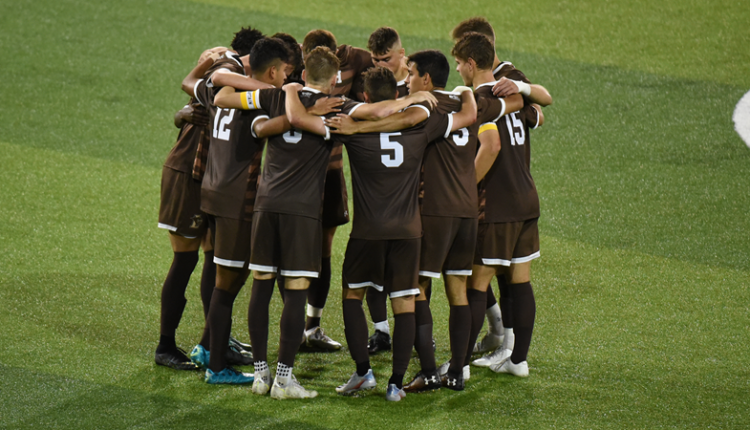 BETHLEHEM, Pa. – With nearly a new-look Lehigh men’s soccer team preparing to take the field in the fall, The Ingrassia Family Men’s Head Soccer Coach Dean Koski has announced the schedule for the upcoming 2022 season.

The campaign includes 17 regular season games – seven contests at home and 10 on the road – with games against nationally-ranked opponents in Penn State and West Virginia.

Lehigh’s home opener at the Ulrich Sports Complex is set for Sept. 6 at 6 pm vs. Atlantic 10 opponent La Salle, which is followed by the trip to University Park to face Penn State on Sept. 12.

Sept. 16 vs. American in Bethlehem is the Patriot League opener for the Mountain Hawks, set for a 6 pm kickoff. Lehigh hosts Delaware On Sept. 20 before heading back onto the road to take on defending champion Loyola Maryland (Sept. 24) and Bucknell (Sept. 28).

Lehigh returns home for a pair of contests against Holy Cross (Oct. 1) and Drexel (Oct. 4), the team’s first meeting against the Dragons since the 2018 season.

The Rivalry match takes place in Easton against Lafayette on Oct. 8 at 7 pm before hitting the road to Morgantown to face 2021 NCAA Quarterfinalist West Virginia (Oct. 11). The Mountain Hawks played the No. 4-ranked Mountaineers to a 1-1 draw during the regular season in Bethlehem last year.

The final four games of the season splits time between the road and South Mountain as Lehigh plays Navy Oct. 15 at 5 pm at Ulrich before two games away from home at Army West Point (Oct. 22) and Boston University (Oct. 29). The Mountain Hawks’ regular season finale is scheduled against Colgate at home on Nov. 2 at 6 pm

The Patriot League Tournament is scheduled to take place Nov. 5-12 with the Quarterfinal round set for Nov. 5.