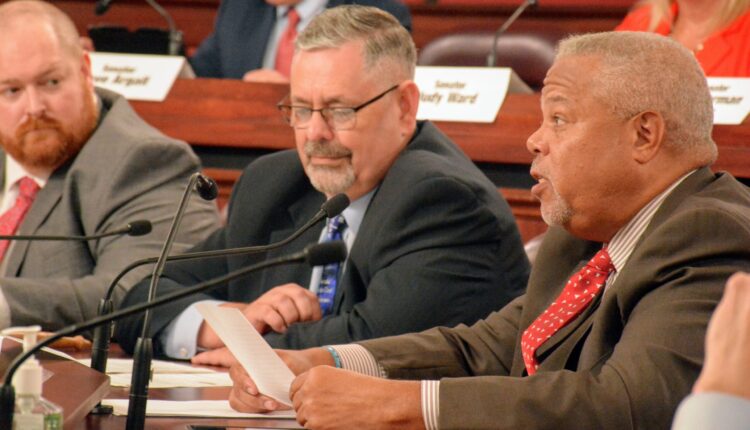 A Republican-authored proposal to eliminate ballot drop boxes in Pennsylvania passed out of a Senate committee on Monday.

The Senate State Government Committee voted 7-4 along party lines to approve the bill, which requires mail-in ballots not returned through the postal service to be delivered by voters directly to their local elections office rather than deposited into a drop box.

The bill, introduced by Sen. Cris Dush, R-Jefferson, who chairs the Senate panel leading an investigation into the 2020 general and 2021 primary elections, now goes to the full chamber.

Before the committee vote, which occurred without a public live stream, Dush urged lawmakers to support the legislation and “get back to the way we originally were.” He added: “There is no way to secure those ballots and prevent ballot-stuffing.”

First used in the 2020 primary election, ballot drop boxes have faced criticism from legislative Republicans, who accused the Pennsylvania Supreme Court of overstepping its constitutional authority by authorizing their use without approval from the General Assembly.

While drop boxes aimed to increase voting accessibility during the COVID-19 pandemic, they also came about after concerns over whether the U.S. Postal Service could process the influx of mail-in ballots ahead of 2020 election deadlines.

In the November 2020 general election, nearly 40 states used ballot drop boxes, with no evidence of widespread voter fraud, according to a report from the Stanford-MIT Healthy Elections Project.

Post-election reviews show no evidence of widespread fraud or election misconduct in Pennsylvania.

“The good old days are days when people had less access to the ballot,” Sen. Anthony Williams, D-Philadelphia, said, adding that the legislation “indicates a paranoia” and undermines elections officials.

During the March hearing on drop boxes, Dush — who chairs the committee — showed a video submitted by Lehigh County Republican Committee Chairperson Joseph Vichot showing an unidentified individual who appeared to be placing multiple mail-in ballots into one of the county’s drop boxes.

After conducting an investigation, the Lehigh County district attorney announced last week that there would be no prosecutions because it is impossible to determine the identity of violators. Dush told reporters after last month’s committee hearing that they didn’t plan to seek legal action against the individual in the video.

Elizabeth Rementer, a spokesperson for Wolf, told the Capital-Star that the governor “would welcome a conversation with Republican leaders about funding an educational campaign” about mail-in ballot return requirements.

“Instead of continuing to pursue conspiracy theories and new ways to disenfranchise Pennsylvania voters, Senate Republicans should refocus their efforts on bipartisan ways we can continue to modernize our election system,” she wrote in an email.

Rementer added that Wolf “rejects the inaccurate claim that ballot drop boxes” are not secure.

Lehigh inches by Bucknell, improves to 5-0 in league