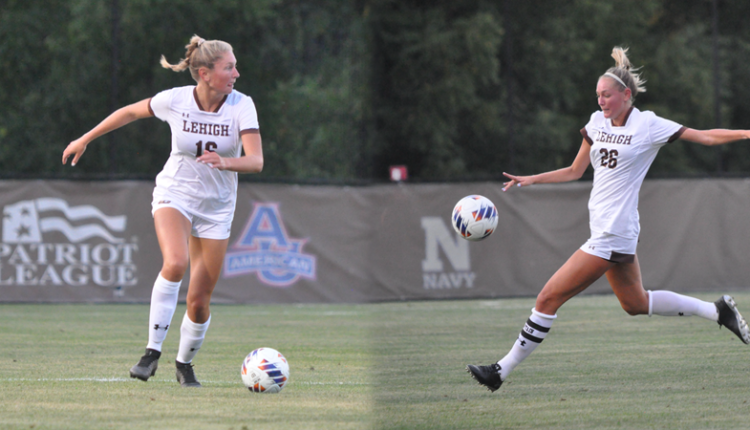 Both Keefe and Lis played key roles in Lehigh’s victories last week. In the 62nd minute against Siena, Lis scored her first goal of the season to give the Mountain Hawks an early 1-0 lead. Siena tied the game at one but sophomore Corinne Lyght, who received Patriot League honorable mention this week, scored the game-winning goal in the 84th minute.

Against St. John’s, Keefe was a part of a back line that only allowed four shots on goal throughout the entire 90 minutes. The graduate student not only made big plays on the defensive end, but in the 90th minute, Keefe scored her first collegiate goal to secure the 1-0 Lehigh’s first shut-out victory of the season.

The Mountain Hawks will return to action on Friday, Sept. 17 where they will open up league play at Army West Point at 6 pm