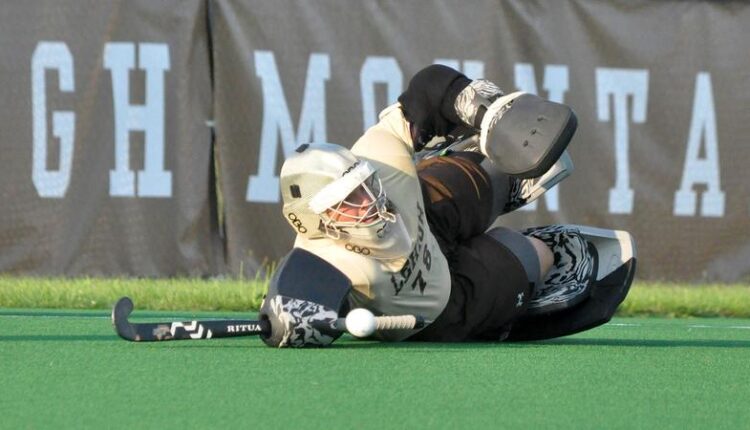 GENEVA, NY – Senior goalkeeper Maddie Kahn of the Lehigh field hockey team has been selected to participate in the National Field Hockey Coaches Association (NFHCA) Senior Game that will take place at the University of Connecticut on Saturday, Nov. 19 at 2 pm

Kahn is one of 38 members named to the 2022 Victory Sports Tours/NFHCA Division I Senior Team. All five NCAA Division I regions are represented on the list of 2022 honorees. The selected student-athletes were nominated by their NFHCA member coach and were chosen based on their career accomplishments. The selected seniors are given the opportunity to represent their institution while competing against their peers. This year, the Division I Senior Game will take place in conjunction with the NCAA Division I Field Hockey Championship at Storrs, Conn.

Kahn has a 9-6 record in goal this season, making 90 saves and recording one shutout for a .720 save percentage. She registered double-digit saves in three different matches this year with her career-high of 18 saves made against Boston University (Sept. 17), and making 10 saves in contests at Ohio State (Sept. 4) and at Lafayette (Sept. 30).

Playing in 55 career matches, Kahn has amassed over 3,300 minutes in goal while making 320 saves, seven total shutouts and a career save percentage of .739. She has reached double-figures in saves on seven occasions over her four years.

Recent graduate Lenke Havas was selected to last season’s NFHCA Senior Team, in lieu of the traditional Senior Game — which was canceled due to limitations caused by the COVID-19 pandemic, is the most recent member of the Lehigh field hockey program that was selected. The other Mountain Hawks named to the Senior Game were Christy Smith (2007), Cindy Tindall (2001), Kristy McHale (2000) and Kelly Harkins (1998).

Kahn also earned her first Goalkeeper of the Week award of the season on Oct. 10 coming off a 2-0 week with overtime wins over Villanova and Bucknell.