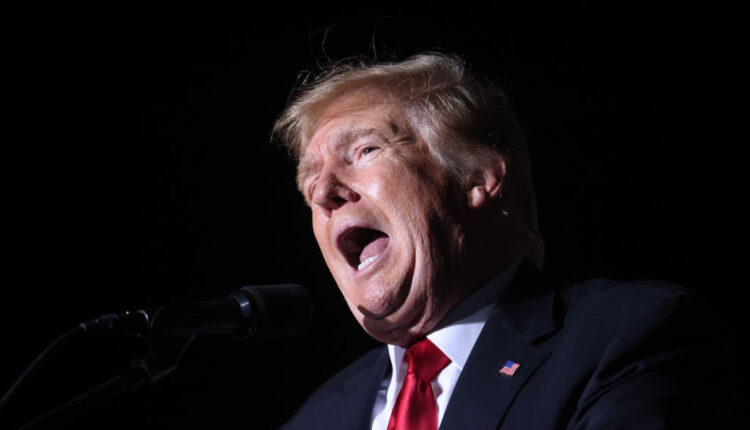 The U.S. House committee investigating the Jan.6 attack and Donald Trump’s role in it will focus in a Thursday evening hearing on the former president’s refusal for more than three hours to call off the rioters storming the U.S. Capitol, committee aides said Wednesday.

The hearing will be the eighth in the panel’s series to document its findings but is the first evening meeting since its initial presentation last month. It will begin at 8 p.m. ET and can be watched on a livestream here.

The committee leaders once indicated the series would comprise eight major public hearings, but aides now say more are likely, as the panel has heard from additional witnesses since the start of public meetings.

“There is potential for future hearings,” a committee aide said. “As we continue to gather evidence, continue to hear from witnesses, the committee will make a determination.”

The hearing will examine Trump’s actions in the 187 minutes between the end of his speech on the White House Ellipse at about 1:10 p.m. on Jan. 6, 2021, and when he tweeted a video asking his supporters to leave the Capitol at 4:17 p.m., aides said.

Trump knew of the violence happening at the Capitol, where Congress was scheduled to certify the 2020 election results, aides said. Trump was the only person with the power to call off the attack, but declined to do so, the committee will show, according to aides.

Rather than intervene, Trump inflamed the mob with a tweet about Vice President Mike Pence.

Wendy Via, the president and cofounder of the Global Project Against Hate and Extremism, a group that has provided expert analysis to the committee, said in a Wednesday interview that the Pence tweet “shows intent” to incite a riot to disrupt the transfer of power.

Trump knew or should have known that tweet would agitate the crowd, she said.

The panel will show who in the White House, including Chief of Staff Mark Meadows, a former North Carolina congressman, spoke to Trump on Jan. 6.

The panel has not announced which witnesses will testify live, citing security concerns.

Testimony from the deposition of Trump White House Counsel Pat Cipollone, whom the committee questioned last week after it had already conducted six hearings, is expected to be a major part of the hearing.

Cipollone provided information on every aspect of Trump’s plan to overturn the election result, which the committee has detailed over its seven previous hearings, aides said.

The panel changed course and reordered the information it presented as more testimony came in, Via said. Cipollone coming forward “was huge,” she said.

Former Meadows aide Cassidy Hutchinson also provided much more information midway through the series after she changed her legal team. Hutchinson was the sole witness at a surprise hearing last month that detailed Trump’s activities on Jan. 6 and the days leading up to it.

What the Bible actually says about abortion may surprise you | Opinion

Parents Become Drug Developers to Save Their Children’s Lives