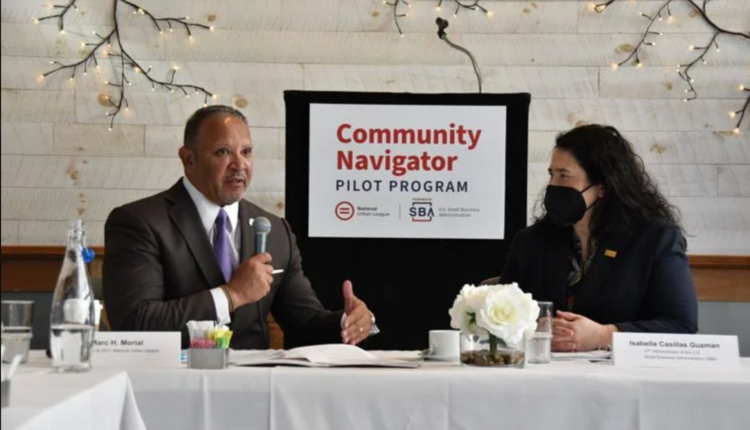 PHILADELPHIA — As some Black-owned businesses are struggling to recover from the pandemic, the National Urban League and U.S. Small Business Administration have formed a partnership designed to connect underserved small businesses with the programs and resources they need to thrive.

The National Urban League has been selected to serve as a “hub” within the SBA’s Community Navigator Program — an American Rescue Plan initiative designed to reduce barriers faced by underserved entrepreneurs when attempting to access programs needed to recover from economic crises or to simply start and grow their business.

The program provides $100 million in funding to 51 hubs to work with community groups “spokes” to improve access to government resources. The National Urban League is receiving $5 million from the initiative.

“We are pleased that the National Urban League is one of the many grantees around the country that are implementing that hub and spoke model with the national approach and local partners to be able to reach on the ground small business owners that power our economy,” SBA Administrator Isabella Casilla Guzman said during a Monday news conference highlighting the partnership.

“Thanks to the local network of National Urban League they are designing programs that will make a difference — that will help businesses develop strategic plans and they can make sure that businesses are positioned for financial success.”

“Ultimately it’s all about creating jobs and creating opportunity for more businesses and families so that we can continue to build wealth and build our global competitiveness more broadly,” she continued.

A total of 25 Urban League affiliates will serve as “spokes” in the Navigator Program, delivering technical assistance and providing resources to businesses, through direct contact and existing partnerships with other local organizations who offer services to low- and moderate-income minority and women-owned businesses. The spokes are organized into five regions, with one affiliate serving as lead spoke for each region.

“The COVID-19 pandemic was catastrophic for Black-owned businesses on so many levels, and an equitable recovery requires a vigorous and targeted outreach in the communities that were hardest-hit,” National Urban League President and CEO Marc H. Morial said.

“This partnership between the National Urban League and the SBA relies on the Urban League’s extensive networks of partnerships and community relationships to reach those very businesses and entrepreneurs who have been left behind.”

Andrea Custis, president and CEO of the Urban League of Philadelphia, addressed how the Community Navigator Program will expand its efforts in supporting local entrepreneurs. For 15 years, the ULP’s Entrepreneurship Center has provided free coaching, counseling and consulting services to small businesses in the Philadelphia region. Last year, the center served 1,300 small Black-owned businesses.

Custis said many Black-owned businesses had to close their doors during the pandemic because they lacked access to capital.

“We didn’t have that extra money there to get us through the pandemic,” she said. “So what the pandemic did is it shined the light on what we knew existed.”

During their visit to Philadelphia, Guzman and Morial also participated in a private roundtable discussion where they heard business owners’ challenges and concerns.

Ayana Jones is a reporter for the Philadelphia Tribune, where this story first appeared.

A Dog Day at the Dentist’s: North Carolina Regulates Pups in Dentistry