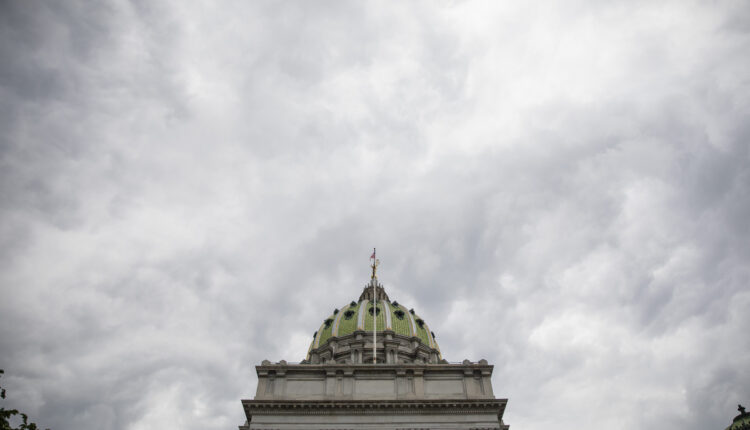 ‘It all takes a toll’: Pa. Democrats examine secondary impacts of gun violence

It’s the smell of pooling blood and the stench of charred flesh that stays with health care workers as they walk from one trauma patient to the next — often with a smile on their face “as if our subconscious was not in the midst of its own battle, grappling with what we just saw and the painful reality to us,” Dr. Merle Carter told Democratic lawmakers on Wednesday.

It’s what makes working in health care feel like a “war zone,” Carter, the vice chair of emergency medicine at Albert Einstein Healthcare Network in Philadelphia, testified during a Senate Democratic Policy Committee hearing on the secondary impacts of gun violence.

“As hard as we try, we cannot save everyone,” she said.

More than 300 people have been shot to death in Philadelphia this year. The city set a homicide record in 2021, with more than 500 deaths. And the numbers are rising, not just in Philadelphia but nationwide.

Democrats in the Republican-controlled General Assembly have introduced legislation to mitigate gun violence in Pennsylvania — including proposals to establish universal background checks, safe storage requirements, mandatory training for those looking to purchase a firearm, lost or stolen gun reporting, and repealing the Stand Your Ground Law.

Though their bills have stalled in committees, where Republican chairs have authority over what legislation sees a vote, and failed when introduced as amendments on the House and Senate floors, Democrats continue efforts to address rising gun violence and promote legislative reform.

Legislative Republicans have focused on Philadelphia District Attorney Larry Krasner when it comes to gun violence in Philadelphia, launching an effort to impeach him, introducing legislation to limit him to two terms in office, and forming a committee to investigate the causes of rising crime during Krasner’s tenure.

“The psychological impacts of gun-related violence can take an even greater toll on the mental health of our already burnt-out frontline professionals,” Sen. Amanda Cappelletti, D-Delaware said. “And our younger generations, they’re bearing the brunt of our inaction.”

After two hours of testimony, Sen. Tim Kearney, D-Delaware, described the speakers’ remarks as “sobering,” as they outlined how the gun violence epidemic has affected communities, the physical and emotional toll of gun violence, and solutions to combat the crisis.

“When someone is shot, their whole life changes. They deal with the physical, mental, and emotional impacts that can last the rest of their lives. But the impacts don’t stop there,” Alexia Clark, the executive director of the Chester Community Coalition, a group that addresses the emotional impact of homicides, said.

The impact of gun violence extends to family and friends, often changing their life forever, Clark testified. The ripple effect continues into the health system, communities — where a shooting takes place or where the victim lives — among first responders, and law enforcement tasked with responding to the scene, Clark added.

Trauma centers have a “well-choreographed response” to trauma patients, and as much as Carter wishes staff was immune to the emotional impact of their work, they aren’t.

“Yes, there is some degree of numbing that takes place in our work. Otherwise, we would not be effective in the jobs that we do,” she said. “We have no choice but to run in. You can’t panic or freeze. We can’t walk away when it’s too much. Any hesitation on our part could mean certain death to another human being. And violence is antithetical to who we are as healers, and the day-in and day-out exposure to it all takes a toll.”

Beyond patients and their families — the initial victims of gun violence — Carter said health care workers are the second victims of the epidemic, describing the toll that pronouncing someone dead takes on staff, who have the means to save lives, but “sometimes, it’s not enough.”

Physicians and support staff face violence and threats, Carter testified. Health care workers are acutely aware of the gun violence epidemic. When shootings happen in their communities, they sometimes know the victims. Although medical providers are not allowed in the room when the patient is a friend or relative, they know what’s happening behind the door.

“You know what the outcome is when you see the team quietly leave the trauma room, and the heart monitors are now silent,” Carter said, adding that increased stress has created high depression rates, anxiety, substance abuse, and insomnia.

Health care workers are burned out, and some have left the profession. Carter said between 20 to 30 percent of physicians meet the diagnostic criteria of post-traumatic stress disorder, “and many more meet some of the criteria but not all.”

Albert Davey, executive director and paramedic at Narberth Ambulance in Montgomery County, told lawmakers that for the last five years, he’s watched people ask for help more than ever, handing out more employee assistance programs than ever.

The COVID-19 pandemic took a toll on EMS staff. But through discussions with psychologists, Davey said the core issue was rooted in situations where people were in unsafe scenes, often arriving before fire and police response. With county assistance, they have deployed bulletproof vests for responders, but they’re adjustable — not fitted.

“The fit should be pretty good when you’re trying to dodge projectiles,” Davey said, adding that EMS providers are also limited in budgets for training and simulation events.

His team has managed “this growing problem with only incremental outside assistance in training and funding.”

“Each ambulance organization is being asked to go it alone,” he said. “If you look at what Pennsylvania is, it is 1,200 extra EMS agencies. Some of them have their act together. Some of them are struggling just to stay. We’ve lost about a quarter of our ambulance companies statewide.”

Davey urged lawmakers to push for red flag laws — which permit police, family members, or a doctor to petition a state court to order the temporary removal of firearms for those at risk of harm — to combat increased suicide rates. He also advocated for centralized resources, suggesting that county and state assistance should be a starting point.

School shooting drills and training are not the answer, she told lawmakers.

She cited the approach used by the Center for Violence Prevention to address violence, which includes intervention and prevention efforts, such as addressing behaviors that lead to gun violence. These include efforts to reduce injuries from assault, bullying, and aggression in schools, suicide prevention, and decrease family violence rates.

Delaware County District Attorney Jack Stollsteimer, a Democrat, told lawmakers that collaboration on the local level should be the first step to combat gun violence. He cited Delaware County’s Chester Partnership for Safe Neighborhoods, which implemented a deterrence strategy to mitigate violence by fearing certain sanctions and offering benefits to those most at risk.

“We offer job training, education, and mental health support,” he said. “But if these individuals break the law, the police take swift action.”

“We can and must reduce the supply of illegal guns without infringing on our Second Amendment,” he added.