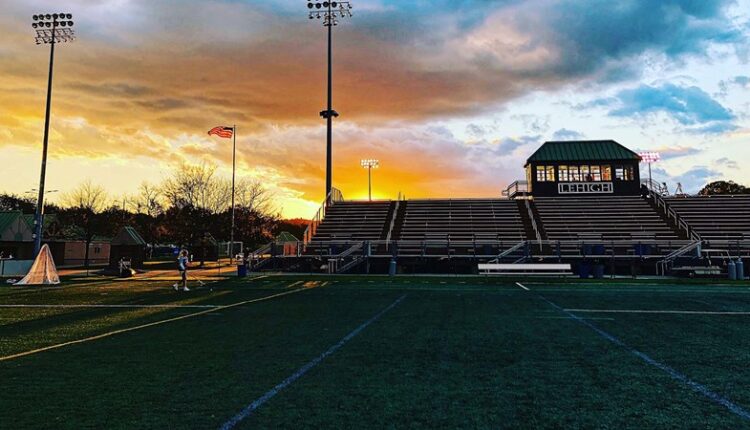 BETHLEHEM, Pa. – The Lehigh women’s lacrosse incoming class of 2026 features eight student-athletes from across the country, who play a variety of positions. Originally announced on social media in the winter, these incoming first-years are set to join the program for the 2022-23 school year.

Bozza was a four-year starter and two-year captain for Morristown High School varsity lacrosse. A second team All-County and second team All-Conference award winner as both a junior and senior, Bozza was also named to the NJIGLL All-Academic team and named a US Lacrosse Academic All-American both those years as well. She was named second team All-State Group 4 as a senior, finishing her career with 67 goals and 67 assists. Bozza was both a 2022 North Group 4 sectional champion and Group 4 state champion. Off the field, she was a member of the National, Spanish and Business Honor Societies, served as a lifeguard for three summers and assistant coach for youth lacrosse.

Why Lehigh? “I chose Lehigh because it checked all of the boxes for me. The rigorous academics, strong lacrosse program and beautiful campus made it a no-brainer.”

DeNicola was an honorable mention All-American at Smithtown East High School in New York. Among many honors, she was a two-time All-County honoree, All-Tournament Team member and Booster Club MVP. DeNicola was also a Gold Cord Recipient, and member of the National Honor Society along with the Span and Math Honor Societies.

Why Lehigh? “I chose Lehigh because of the benefits in both academics and athletics. I know I will be able to succeed in my studies and thrive on the lacrosse field. I know this is my future home and will create long lasting friendships.”

Ellis was a three-sport athlete all four years – playing lacrosse, basketball and volleyball – and senior captain for all three sports. In lacrosse, Ellis was a four-time all-conference honoree. As a junior, she was named second team All-State—helping East Chapel Hill to the North Carolina State Championship—then garnered first team All-State as a senior. Ellis also received All-America and Academic All-America honors as a senior as well. In her career, she totaled 113 goals, 88 assists and 95 groundballs. Strong in the classroom, Ellis earned straight As all through high school and was a member of the National Honor Society.

Why Lehigh? “I chose Lehigh because of the amazing athletics and academics that it provides within the friendly community.”

Miller was a first team SCAC honoree at West Genesee High School in New York, scoring 24 goals as a senior while collecting 26 draw controls. Team captain, she picked up three varsity letters in lacrosse and two in basketball. In the classroom, Miller earned a spot on the high honor roll all four years. She also garnered the William Moran Sportsmanship Award.

Why Lehigh? “I decided on Lehigh because it offers amazing academic opportunities and student life experiences. I felt comfortable with the coaches and loved their style of play and team culture.”

Van der Walt was both an athletic and academic All-American in 2022, capping off an impressive career at Creekview High School in Georgia. She was also a two-time first team All-State honoree and first team All-County member every year. The 2022 County Player of the Year and 2019 Varsity MVP, Van der Walt was also named the 2021 and 2022 Offensive Player of the Year. She was named to the Georgia National Team 1 and Georgia All-Star Team in 2021 and 2022. Van der Walt owns her school record for most assists in a game, most assists in a season, most points in a game, most goals in a Game and most draw controls in a season. She helped her team to the 2022 regional championship and a state championship runner-up finish. Van der Walt was a three-sport athlete. Along with her Academic All-America honor in the classroom, she was a member of the National Honor Society, a member of the honor roll every year from 2019-22, a Scholar-Athlete, member of the French National Honor Society and more. Van der Walt was part of Rho Kappa (Social Studies Honor Society) and won the Lamp of Knowledge (award).

Why Lehigh? “I chose Lehigh for the rigorous academics, the competitive sports environment and the opportunity to secure my future in a career I enjoy.”

Wines wrapped up her career by earning US Lacrosse All-America recognition. A two-time first team All-Conference honoree and team MVP, Wines was named first team All-State in 2021 and was a 2022 Academic All-State honoree. She was also a two-time US Lacrosse Academic All-American in each of her final two seasons. Wines was named her team’s Rookie of the Year in 2019 and finished her career with 180 goals and 51 assists for 231 points. She was also a captain of her high school swim team where she was a two-time All-State and two-time State Champion. In the classroom, Wines was a member of the National Honor Society.

Why Lehigh? “Lehigh was the perfect match for me. The academics, athletics and location were all fits for what I wanted. During my recruiting, the coaching staff was also a huge part of why I picked Lehigh!”

A three-year varsity starter at Mamaroneck High School, Winters was named All-League and honorable mention All-Section as a junior. She helped Mamaroneck to the section championships for the first of back-to-back seasons. As a senior, Winters was also named to the UAAA Conny High Team in 2021 and American Select Downstate Team in 2022. A multi-sport athlete, Winters was also a five-year varsity swimmer and senior captain. She qualified for sections in the 50 freestyle three years in a row.

Why Lehigh? “The community supporting the highly competitive academics and athletics at Lehigh is one that I knew immediately after exposure that I wanted to be a part of.”

Young’s career was capped off by garnering second team All-State and All-Conference Patriot Division in 2022. The year prior, Young helped her team to a conference championship and runners up in the state. She was a dual sport varsity captain (in both lacrosse and field hockey). Strong off the field as well, Young was an SWC Leadership Award Recipient and garnered the Scholar-Athlete Award all four years of high school. She was a Cori Distler Lacrosse Scholarship recipient, awarded for sportsmanship, integrity, dedication and love for the game. Young also received the Jordan Wright Memorial Scholarship, awarded for giving back to her community.

Why Lehigh? “I chose to attend Lehigh because it has the perfect combination of challenging academics as well as athletics. Also, for the beautiful campus and energetic team atmosphere.”

A $220M commitment from Pa. could be a ‘game-changer’ for Chesapeake Bay cleanup efforts