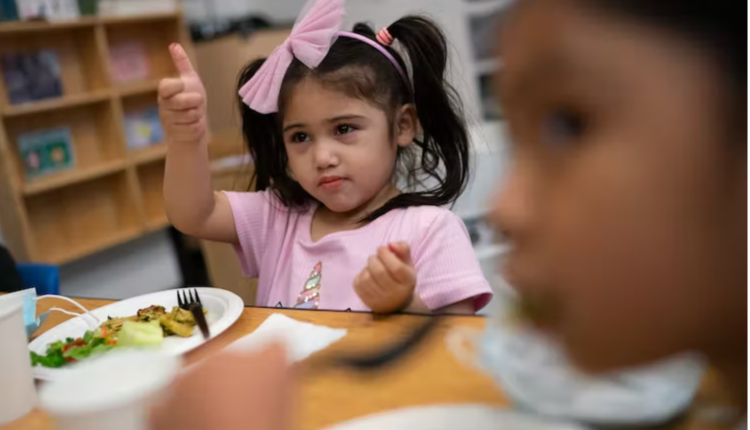 In states where abortion is banned, children and families already face an uphill battle | Opinion

Some proponents of abortion bans and restrictions say they are concerned about “supporting not just life,” but what they call “quality of life worth living,” saying they want to promote laws and policies that help families. Three authors from Brigham Young University, for instance, have noted that the overturning of Roe v. Wade provides a “genuine opportunity for pro-lifers to work with people of diverse political persuasions to seek a more just and compassionate world. This world would be not only pro-life, but also pro-child, pro-parent and pro-family.”

U.S. Sen. Mitt Romney of Utah is one of three Republicans in the Senate who have sponsored a bill called the Family Security Act, billed as a “pro-family, pro-life and pro-marriage plan” that would provide a monthly cash benefit starting at pregnancy and continuing through the child turning 17.

But so far, these are minority voices in the anti-abortion movement.

As a law professor who studies reproductive care, policies that affect families and political partisanship, I have been following the relationship between abortion restrictions and family well-being for decades. It turns out that states taking the strictest stands against abortion tend to have among the worst statistics on child and family well-being in the nation.

Take Mississippi, the state that enacted the abortion restriction law that was at the center of the Supreme Court’s June 2022 opinion in Dobbs v. Jackson Women’s Health Organization, which struck down federal protection for the right to get an abortion.

By contrast, Vermont had the nation’s lowest rate of unintended pregnancy in 2019, with just 20 percent of women who recently had a child saying they would have preferred not to get pregnant or wanted to do so at some point in the future. That state already protects abortion rights. If Vermont’s upcoming referendum on abortion passes, the state’s constitution will protect “an individual’s right to personal reproductive autonomy.”

Mississippi has the highest rate of child poverty in the country. Six of the other 10 states with the country’s highest child poverty levels also have abortion bans in effect: Louisiana, Arkansas, Kentucky, Alabama, Oklahoma and Tennessee.

In all 10 states with the lowest teen birth rates, abortion is legal and likely to be protected for the foreseeable future.

The well-being of children also depends on the availability of support for their parents.

For instance, 11 states plus the District of Columbia legally require employers to offer workers paid time off after the birth or adoption of a child. None of those jurisdictions bans abortions.

Another federal effort to support families came in the Affordable Care Act, enacted in 2010, with sweeping changes to the nation’s health insurance marketplace. One provision allowed states to expand Medicaid eligibility to more adults, with financial support from the federal government. If Medicaid were expanded, reproductive-aged women would be among the groups to experience the largest coverage gains.

As of August 2022, 12 states had not adopted the expansion: Alabama, Florida, Georgia, Kansas, Mississippi, North Carolina, South Carolina, South Dakota, Tennessee, Texas, Wisconsin and Wyoming. Eight of those states have either a full ban on abortion or a ban after six weeks – before many people realize they are pregnant.

Two of those states, South Carolina and Wyoming, have abortion laws that are tied up in the courts, and Florida bans abortions after 15 weeks.

In a June 2022 Brookings Institution study of the states that are considered most child-friendly – measured by state expenditures per child and children’s overall well-being – the authors found that among the top 10, only Wyoming was even trying to ban abortion. For the 10 states Brookings rated least child-friendly, nine either had a trigger ban or other abortion restriction.

The overall pattern is clear: A strong social safety net and other anti-poverty programs are more likely to be available in states that also support abortion access, while actual measures of child and family well-being are often worse in states that restrict abortions.

Naomi Cahn is a professor of law at the University of Virginia. She wrote this piece for
The Conversation, where it first appeared.

Teachers are ‘critical for the strength of our nation’ 2nd Gentleman Doug Emhoff says in Pa. visit