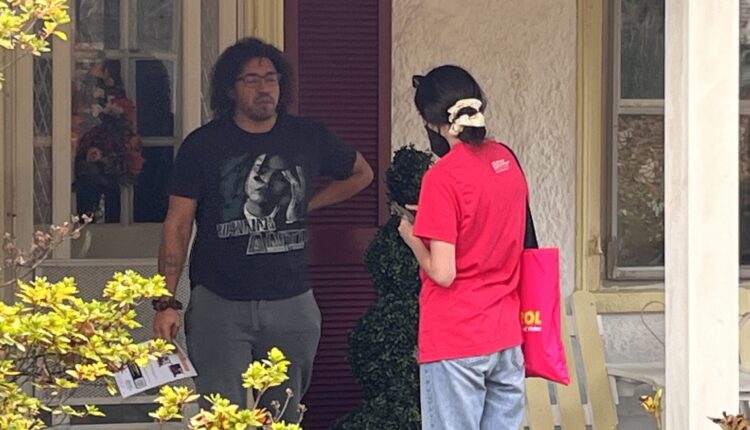 In Bucks County, the fight for abortion rights – one door at a time | Monday Morning Coffee

On Tuesday, when she shows up at her local polling place and casts her ballot, Priscilla Tuffner will be taking her six-year-old daughter into the voting booth with her. She wants to make sure she can watch her mother participate in the process, and learn about what’s at stake in this very consequential midterm cycle.

Tuffner, 37, of Warrington, Bucks County, is the daughter of Portuguese immigrants. Standing on her front porch on an unseasonably warm Saturday before Election Day, Tuffner told the Capital-Star that even though her parents eventually became American citizens, they never voted.

“I don’t know,” she said. “Maybe they felt like they never had a voice.”

But with abortion rights and other critical issues on the ballot, Tuffner, a registered Democrat, said she wants to make sure that her daughter knows that she has a voice.

“With things moving the way they are, you want to make sure that it’s a safe place, and that her rights are protected,” she said.

This residential neighborhood, about 40 minutes outside of Philadelphia, and others like it, are the ones that Democrats and Republicans will be fighting over as they wage a battle of inches that will determine control of the state’s open U.S. Senate seat and the governor’s office.

On Saturday, volunteers from Planned Parenthood Votes, the political wing of the reproductive rights organization, fanned out across Bucks County to remind voters such as Tuffner and others that they face a binary choice at the polls on Tuesday.

It’s a choice between Republicans who seek to ban abortion without exceptions, and Democrats who will work to make Roe v. Wade the law of the land after the U.S. Supreme Court toppled the half-century-old precedent and sent the fight over abortion rights back to the states.

“Pennsylvania is one of our most important states,” Shwetika Baigal, Planned Parenthood Votes’ senior campaign director, said during a brief interview outside a staging office in Doylestown, the county seat. “The thing they need to understand here is that the ability for someone else to make decisions over your life is what’s at stake here.”

Gathered around a conference table in a cramped meeting room, the masked Planned Parenthood volunteers pecked away at laptops, sharing stories on what motivated them to get involved in this year’s campaign.

“No one should be forced to go through a pregnancy they don’t want,” said Alexandria Albrecht, 23, of Yardley, Pa., who got involved for the first time this year. “It takes such a toll on a person’s body. And if you’re not ready for it, so many things will not be set for you. It’s not fair to anyone.”

Seated next to Albrecht, Erin Berg, 32, of Philadelphia, said he had personal reasons for joining Saturday’s effort, his third such campaign.

“I’m here because I’m a trans man, and bodily autonomy is so sacred to the trans community,” he said. “It’s my responsibility as a trans man to fight for women’s liberation.”

Volunteers and workers for Planned Parenthood Votes gather in Doylestown, Pa., on Saturday 11/5/22 to plan for a long day of canvassing and door-knocking (Capital-Star photo by John L. Micek).

Bucks County, along with the rest of the Philadelphia suburbs, is must-win turf for Democrats as they look to capture Pennsylvania’s open U.S. Senate seat, hold their majority in the U.S. House, and win the governor’s office.

President Joe Biden carried the county with 51.7 percent of the vote in 2020. And Democrats hold a voter registration advantage. Nearly 65 percent of voters cast their ballots in the 2018 midterm election, county data show.

Despite those top lines, Bucks County voters have elected U.S. Rep. Brian Fitzpatrick, R-1st District, a moderate Republican, sending him back to Capitol Hill in consecutive elections since 2016.

The county’s legislative delegation to Harrisburg also is divided among Democrats and Republicans, granting Bucks a bellwether status not immediately apparent beneath its deep-blue shading on the electoral map.

Democrats and their allies have worked hard to make abortion an issue, pointing out to voters that Fitzpatrick, who often crosses over to vote with Democrats, voted against the Women’s Health Protection Act, which would have codified the right to an abortion in federal law.

Fitzpatrick’s Democratic opponent, Ashley Ehasz, has sprinkled lawn signs across the district identifying her as the race’s “only pro-choice” candidate.

“We want voters to understand what’s at stake with Roe falling,” Breana Ross, of Planned Parenthood Votes, said Saturday as volunteers prepared for a long day of knocking on doors. “And what will be on the ballot in 2023 as well.”

The latter is a reference to a package of constitutional amendments, passed in the waning hours of last summer’s budget debate, that would, among other things, declare that there is no constitutional right to abortion or for public funding for the procedure.

The amendment package, which also includes controversial voter ID language, could go to voters as soon as the 2023 primary.

Legislative Republicans, such as GOP state Senate hopeful Frank Farry, who voted for the package in Harrisburg as a member of the GOP-controlled state House, but who have tried to occupy the moderate ground back home, similarly have been singled out for criticism.

“Voters support the right to abortion. It’s a motivating issue,” Ross said, but, she added, “we’ve had to do a lot of education on the constitutional amendment. People are taken aback at what could be next.” 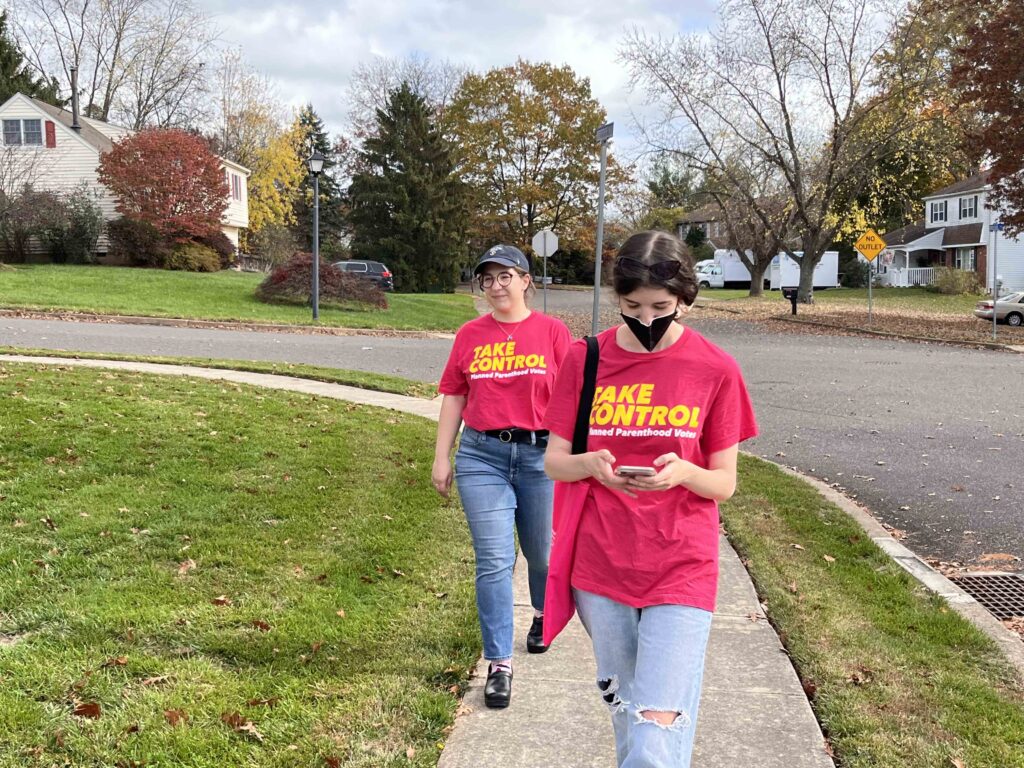 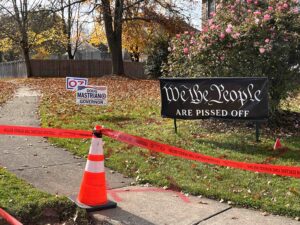 “I’m a strong believer in Democratic issues, especially for reproductive rights and the need to secure that for women — and families as well,” she said.

A few doors down, Seiter made her pitch to Derrick Cathon, 26, a self-identified unaffiliated voter who said he tends to vote with Democrats. That tendency has become more urgent, he said, with same-sex marriage and abortion access under threat.

“I don’t like people telling me what I can and can’t do,” Cathon, who works in retail, told the Capital-Star.

At the end of the conversation, Seiter thanked Cathon for his time. Then she checked the stash of campaign literature in a shoulder bag, and glanced at a contacts list on her cell phone.

There were plenty of doors left to knock on this Saturday afternoon, and not a lot of time left to do it. She walked on.

Planning to vote in person on Nov. 8? Here’s what to know