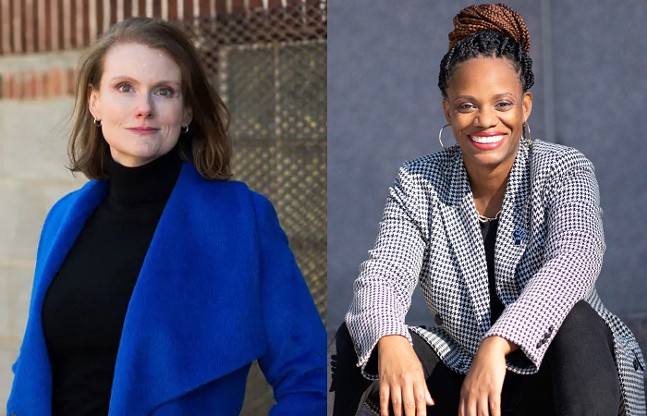 Salisbury had taken on Lee in Pennsylvania’s 34th House District race, where she lost by approximately 30 percent of the vote share. Meanwhile, most of Lee’s supporters were focused on her congressional bid, where she claimed a narrow win over challenger Steve Irwin that was confirmed three days after election night.

With this news, many of Salisbury’s well-wishers presumed Lee’s congressional nomination would supersede her state run, making Salisbury, as the runner-up, the new Democratic nominee. Salisbury hopes to eventually claim the seat, but what that path could look like remains unclear.

State election rules permit Lee to stay in the runnings for both offices through November, meaning she will remain on the ballot as the Democratic nominee for the 34th House District unless she opts to withdraw.

According to a state department spokesperson, if Lee wins both contests she will then have to relinquish one before taking office, opening up the other to a special election. If called, a special election would likely come months after the general election, leaving the seat vacant in the interim.

Lee, who has occupied her house seat since 2018, has focused most of her attention before and after the primary on her congressional run, where she faces off against a little-known Republican who shares a name with outgoing incumbent Mike Doyle. The newly-formed 12th Congressional District, built largely by absorbing the former 18th Congressionaal District, is considered a Democratic safe seat.

Lee’s campaign did not respond to inquiries about whether and when she intends to withdraw from the state House race.

Salisbury, a lawyer and Swissvale council member, told Pittsburgh City Paper she sees Lee’s route to Washington, D.C. as “pretty much a done deal,” and remains optimistic about her own chances of succeeding her in the state legislature.

“I still believe in all the reasons why I was running before,” Salisbury says. “I’m going to push on through it, and I had a lot of encouragement after the election.”

No other Democratic candidates joined the primary contest against Salisbury and Lee, and the Republicans did not put forward a nominee.

Lee has been seen as  a rising star in Democratic circles since first winning a seat in the state legislature in 2018. After graduating from Howard Law School, Lee began community organizing as a member of Bernie Sanders’ 2016 presidential campaign team.

Although they ran as opponents, Salisbury said she’s excited by Lee’s political rise, which has accompanied an eruption of progressive candidates who are reshaping Democratic politics throughout the region.

“It seems like there’s so much excitement around the Allegheny County Democratic Committee that I really haven’t seen before,” Salisbury said.