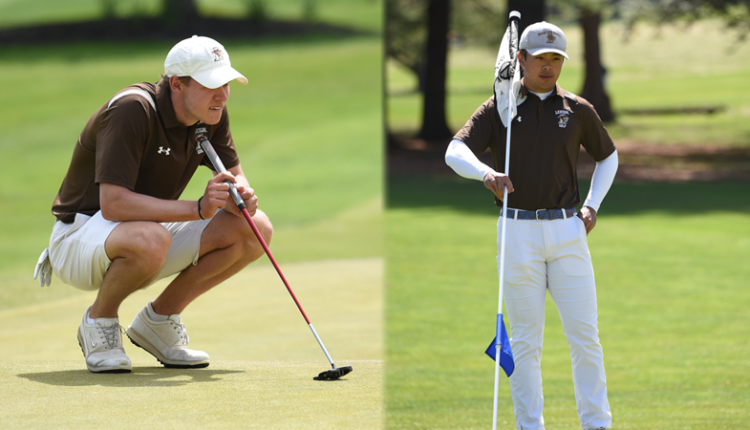 To be eligible for the Srixon/Cleveland Golf All-America Scholar team at the Division I level, an individual must be a sophomore, junior or senior academically, participate in 40 percent of his team’s competitive rounds, have a stroke average under 76.0 and maintain a minimum cumulative career grade-point average of 3.2.

Song holds a 3.71 GPA majoring in computer science in business. A first-team All-Patriot League honoree, Song ranked second on the Mountain Hawks with a 74.68 GPA. One of two players to compete in all 25 stroke play rounds, Song led Lehigh in four tournaments, highlighted by his fourth place finish at the Patriot League Championship in April. He also led Lehigh at the Alex Lagowitz Memorial Invitational, the Daniel Island Intercollegiate and the Big Texan.

This marks the fourth consecutive year that at least one Lehigh men’s golfer was recognized. A total of 440 NCAA Division I athletes from 157 schools earned 2021-22 Srixon/Cleveland Golf All-America Scholar honors.