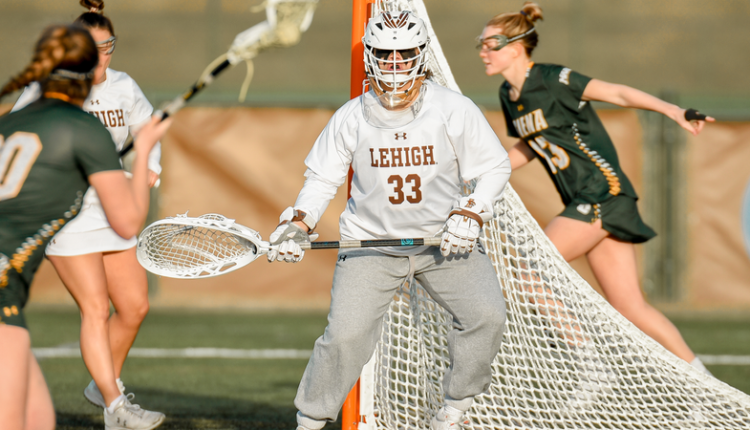 BETHLEHEM, Pa. – With the season just one month away, junior Hayley Hunt of Lehigh women’s lacrosse has been named a preseason All-American by USA Lacrosse Magazine, Tuesday afternoon. Hunt, who garnered honorable mention recognition, was just one of five Patriot League student-athletes to receive preseason honors.

Hunt, who was named honorable mention All-American by USA Lacrosse Magazine and IL Women last year, had an impressive first season for the Mountain Hawks. The Philadelphia native ended the 2022 season leading the nation in saves (216) and save percentage (54.3). Hunt’s save percentage was the highest in the Patriot League since 2009, securing her a second team All-Patriot League honor last season.

The junior goalkeeper started all 18 games for the Mountain Hawks last season, collecting double digit saves in 15 of the 18 contests. Hunt finished second nationally in saves per game (12.0).

Hunt and the Mountain Hawks are set to open the season on Friday, Feb. 10 at Delaware.