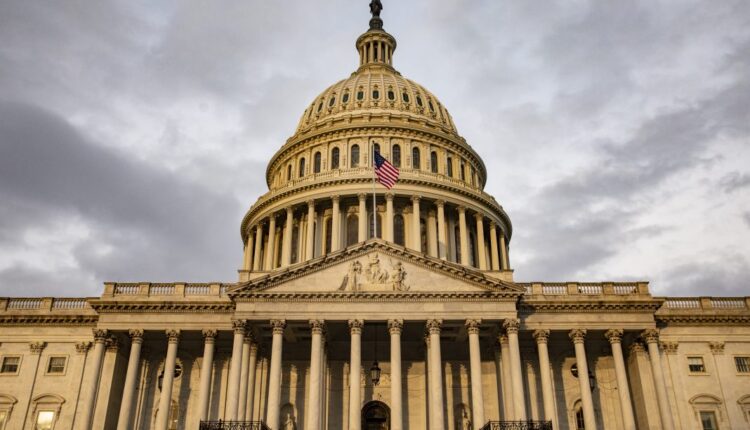 With that quote in mind, it’s oh so predictable that the Republicans – devoted as they’ve been to a totalitarian ex-president, and practiced as they are in propagating viral fictions – seem fully prepared in the new year to clutch George Santos to their bosoms and usher him to his new House seat, despite the fact that he has been outed as a serial lying fraud in the Trumpian tradition.

Every time we think we’ve reached bottom in this country, MAGAts and their spawn drill deeper – exacerbated all too often by the public’s inattention.

Disorder is all Republicans have to offer | Quentin Young

Santos said that he runs a capital consulting company, but there’s no record of any clients and his original claim of $80 million in company assets has gone up in smoke. He also said that some of his employees were killed in a mass nightclub shooting in 2016. In truth, none of nightclub victims were his employees. He also said he had a family-owned real estate portfolio of 13 properties. In truth, the correct number is zero.

It’s also a mystery how the guy managed to pump $700,000 into his own campaign. It’s not clear where the money came from, given his own sketchy history, because as recently as two years ago he was reportedly struggling with small debts. Some years ago in Brazil, he was charged by the authorities with check fraud after being caught writing checks with a stolen checkbook.

Santos tried to defend himself during an appearance last month on Fox News: “I understand everybody wants to nitpick at me. I’m gonna reassure this once and for all. I’m not a facade.”

Could D.C. follow Pa.’s lead on its messy Speaker’s fight? There is a way forward | John L. Micek

Nevertheless, House Republican leaders haven’t uttered a peep of protest about this font of fakery. Rank opportunism reigns, extremism is rewarded (the GOP supported Santos even though he was in D.C. on Jan. 6), and truth is the first casualty. Kevin McCarthy, who was suckered like so many others – on Nov. 19 he boasted that Santos would swell the size of the “Republican Jewish caucus” to a grand total of three – wants Santos sworn in on Jan. 3 simply because he needs the guy’s vote in the Speaker contest.

You can almost smell the stink. I’m reminded of what Obi-Wan Kenobi said before entering the Star Wars cantina: “You will never find a more wretched hive of scum and villainy.”

Granted, politicians are not loath to embellish their resumes. But Santos is an uncommonly blatant figment of the imagination (his own), and, truth to tell, blame for his ascent is not limited to the GOP. By all accounts, Democratic strategists in that blue Long Island district didn’t do enough to check out Santos while the campaign was under way. Neither did the local media, which (like the Democrats) decided in advance that Santos had no chance to win. Those who were entrusted to separate fact from fiction failed to act.

But the Santos story isn’t over. Where did those $700,000 campaign bucks come from? Did Santos lie on his congressional disclosure forms? It’s a crime to file false forms to the feds.

What lesson can we learn from this debacle? Alas, nothing we don’t already know. As Sally Yates. the acting attorney general fired by Trump, said five years ago: “Not only is there such a thing as objective truth, failing to tell the truth matters. We can’t control whether our public servants lie to us. But we can control whether we hold them accountable.”