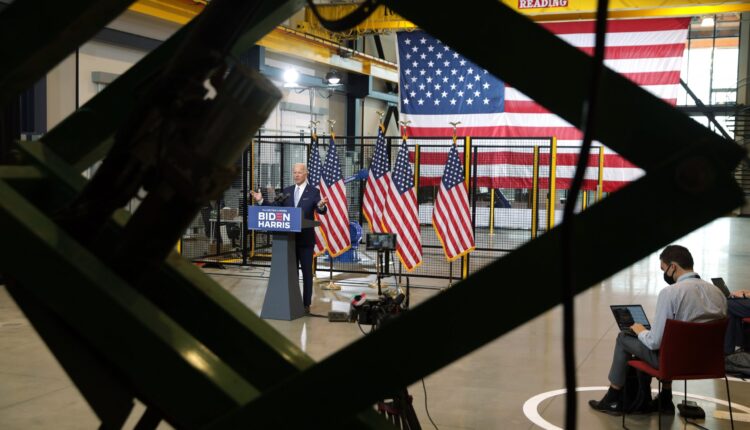 How Pa. pols are adapting their campaigns in the age of COVID | Analysis

By Justin Sweitzer and Harrison Cann

At the end of every election cycle, there’s always one candidate that celebrates a hard-fought victory and another that comes up short. What separates the two often comes down to not just the candidates in question, but also the campaigns they’ve run.

The keys to a successful campaign vary, but political operatives and organizers alike agree that every winning campaign is built from a few foundational principles: things like strong fundraising, relentless fieldwork and effective communication. But in 2020, the COVID-19 pandemic turned the world of campaigning on its head, forcing candidates and campaigns to adapt and get creative in order to achieve the type of results they sought in pre-pandemic times.

For many, that meant the days of door-knocking, hand-shaking, baby-kissing campaigns had to be completely and immediately reimagined in a year when hundreds of state legislative seats – let alone the presidency – were on the line. In-person town halls became Zoom-based town halls. Door-knocking efforts were shifted to virtual platforms, placing a much stronger emphasis on phone-banking and text message campaigns. And candidates running for office had to find new ways of connecting with voters, be it through Facebook Live, TikTok or other digital means.

“When the pandemic hit in 2020, we were thrown for a loop,” said Eliza Booth, a lead organizer for Lancaster Stands Up. The organization works under Pennsylvania Stands Up, a grassroots group dedicated to advocating for progressive candidates and issue-based campaigns across the state. “As an organizer, all I’ve ever known is being with people in-person – to figure out what does it mean to organize during a pandemic and how do we do that – that was a question we really struggled with.”

Political operatives were coming out of the 2016 and 2018 elections with new mindsets, and although the pandemic caused industries to shift overnight, some of the lessons learned have stuck around. Mike DeVanney, a Republican political strategist and a founding partner of ColdSpark, said the 2016 election taught people that the impact of the press was lessened and the impact of reaching underserved voters was amplified.

“When you’re running a statewide race, for governor or for senator, you can’t take any region for granted,” DeVanney said. “You really do need to have a full-throttle 67-county campaign because that’s what’s happening.”

“At SEIU, we really believe in the power of knocking on doors and one-on-one personal interactions to move hearts and minds … We oftentimes focus our political programs on moving infrequent voters in underserved communities and communities of color who may not generally engage in the political world or feel like the political process serves them right,” she said, adding that the pandemic forced the union to halt its door-knocking in 2020. “To not have that program was a pretty significant loss.”

Kossoff said that in addition to pandemic-forced changes, SEIU also had to help voters navigate new election rules set by Act 77 of 2019, the state law that brought mail-in voting to Pennsylvania for the first time.

“Our job became not only to secure a vote for any preferred candidate, but we also had to take voters through a whole new process on how to vote, of which there was a much higher potential error rate in voting by mail than traditionally going to the polls,” Kossoff added.

Consultants have also dealt with changing demographics, district lines and more – all while adjusting to politics in the pandemic world. Across the commonwealth in the last few years, DeVanney said, Democrats have picked up power in the suburbs around Philadelphia, while Republicans have gained ground in areas of western Pennsylvania. “These are seismic shifts for people who’ve been doing this for a long time,” he said. 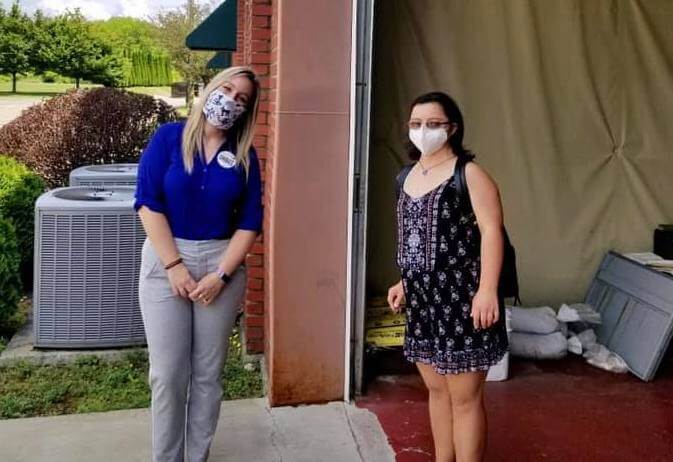 Amid the ever-changing political landscape, consultants have been required to change their ways. Successful campaigns have adapted to not only the political climate, but the technological one, as well.

Lancaster Stands Up adapted, shifting away from in-person meetings and door-to-door canvassing and welcoming a pandemic-driven digital era marked by Zoom, text campaigns and other virtual outreach efforts.

“The in-person interaction has just completely went away,” Booth said. “Basically everything is done virtually. Obviously, like everybody else, we’ve gotten very acquainted with Zoom, and Google Meet, and all that kind of stuff. And we learned how to use that to organize.”

“You can’t do everything with just television, as we see the way people are changing how they consume news,” DeVanney said. “Digital becomes a huge component. Messages are not just mass broadcast, but can be highly individualized. The advent of analytics and that more targeted ability to talk to others, that’s been a significant change over the last 20 years.”

Technology had taken a hold of political operations well before the pandemic. But as offices closed and Zoom meetings took over, even tech-savvy campaigns had to adjust to remote work. Ray Zaborney, founder of the Harrisburg-based Red Maverick Media, said they’ve been able to find efficiencies in the work despite campaigns lacking the camaraderie of large field offices.

“It’s actually feasible that you can run a statewide campaign so much more efficiently than before because the talent acquisition is easier,” Zaborney told City & State. “You can literally have a functioning and efficient office that isn’t an ‘office.’ It doesn’t all have to be centered around a single office and I think that’s something that campaigns are gonna look back on and be thankful that they were forced to learn.”

DeVanney said the flexibility and innovations of online campaigns have been a silver lining of the pandemic. He noted that younger people are much more interested in working or volunteering because they’re able to do so from the comfort of their own homes. Those remote advantages aren’t limited to campaign workers either.

“The candidate can be in a very detailed conversation in Elk County, with folks who care about that area and are from there on Zoom, and be at an event in Philadelphia the same day, whereas that was not possible before,” Zaborney said. “The downside is there’s not that personal contact … It’s a challenge to balance that out.”

Booth also said that the shift to digital means of organizing has presented more opportunities for campaigns to connect with others doing similar work. “We know how to share ideas and help each other through the challenges of organizing COVID,” she said. “And that’s been really helpful.”

During the pivotal 2022 primary and general elections, campaigns are attempting to balance the need for a personal touch with the overall concern for public health.

“As with everything nowadays, there’s some polarization between the two parties on how they’re dealing with this,” Zaborney said. “Democrats, by and large, are operating under pandemic-level protocols, whereas Republicans seem to have gone back to in-person events, some more traditional type of approaches.”

He noted that Attorney General Josh Shapiro, the presumptive Democratic nominee, has been holding his campaign events outdoors while Republicans such as state Sen. Jake Corman kicked off their candidacies with in-person rallies.

DeVanney emphasized that campaigning will vary by region depending on voters’ comfortability with door-knocking or in-person events. He said recent successful candidates have been the ones who “were able to read their audience, knew what was the respectable level of campaigning with respect to how folks felt, and embraced that.”

For others, however, the pandemic pushed political operatives out of their comfort zone just enough, allowing them to reassess their strategies in a new light.

“Once you’ve been in this business for long enough, you can get into your comfort zone about how things are supposed to operationalize,” Kossoff said. “You can very easily do the same things over and over again just because that’s what you’ve been doing all along. So, I would say that it did force a whole lot of new thinking and new creativity.”

Justin Sweitzer and Harrison Cann are reporters for City & State Pa., where this story first appeared.