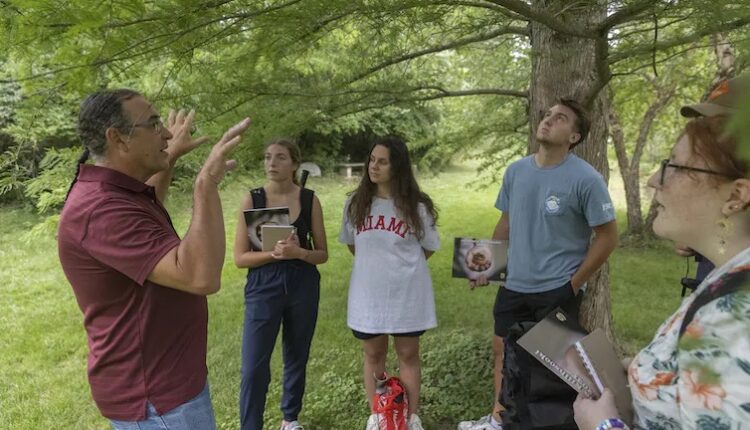 (Editor’s Note: When the federal government set up boarding schools in the 19th century to assimilate Native American children into American culture, including Carlisle, Pa., one of the objectives was to get them to turn away from the use of their native languages. In recognition of Indigenous Peoples’ Day in the U.S., The Conversation turned to Daryl Baldwin, a citizen of the Miami Tribe of Oklahoma who is a leader in Native American language and cultural revitalization and a member of the National Council on the Humanities, for insight into a tribal community’s efforts working with a university to help bring languages back.)

How were Indigenous languages lost?

Many actions throughout history put pressure on tribal communities to abandon the use of their languages. This included the forced assimilation that resulted from the Indian Civilization Act of 1819. This act established Indian boarding schools to teach subjects such as math and science while suppressing the use of Indigenous languages and cultures.

Boarding schools lasted until the mid-20th century, and their effect was devastating for Indigenous communities and their languages. Linguists have estimated that prior to European settlement, there were 300 Indigenous languages spoken in what is now the United States. Communities are struggling to pass these languages on to a younger generation.

These affected communities include the Miami Tribe of Oklahoma, of which I am a citizen. The Miami Tribe lost the last speakers of the Myaamia language during the mid-20th century in part due to these assimilation efforts. Additionally, the forced relocation of the Tribe from its homeland in the Ohio-Indiana region to Kansas, and eventually Oklahoma, during the 19th century caused the community to become fragmented due to some families remaining behind or being exempt from relocation.

These factors also increased the stress on the community to simply survive. Many tribal members and elders from this time have recounted how they didn’t pass the language on to their children for fear of discrimination.

Why bring the languages back?

Simply put, our languages help make us whole again. When we empower our cultural selves through speaking our languages, we begin to undo the damage caused by years of cultural and linguistic oppression.

For the Miami Tribe of Oklahoma, language and cultural revitalization is a priority. We contribute significant time and financial resources into educational programs that help tribal citizens reconnect to their cultural heritage.

When we engage in revitalization activities, we are weaving strands of knowledge, cultural practices and other ways of being into our lives so we may draw on them as a source of community strength. Today, this encompasses all aspects of our lives, including art, games and food, as well as song and dance. For many of us, our Myaamia language is central to this process.

Since 1972, Miami University has been an important partner in this process of language and cultural revitalization. The Myaamia Center – the tribe’s research arm – directly supports the Myaamia Heritage Program. The program provides Miami Tribe students with tuition waivers and a unique opportunity to engage with their cultural heritage while earning a college degree.

What practical uses do these languages serve?

Language was an important aspect of my home when my four kids were young. Being able to say teepaalilaani – “I love you” – and to sing bedtime songs to my children – kiilhswa neewaki kiilhswa neewita … – “I see the moon, the moon sees me …” – in my native language was important to me.

Speaking my language connects me to our ancestral homelands of what are now parts of Ohio and Indiana. And doing so strengthens my relationship with my immediate family who also speak the language, and allows me to communicate in a way that is unique to my culture. My language may not be practical in holding a mainstream job or getting around in the world, but it is important to my identity as a Myaamia person. I feel grounded when I can speak my language with other members of my family and community.

The Myaamia Center’s Nipwaayoni Acquisition and Assessment Team has evaluated programs since 2012 and found that Myaamia students regularly comment on how important speaking their language is to their identity.

Jenna Corral, a Myaamia student who graduated in 2021, described her experience: “Learning our language has been one of the best ways to make me feel connected to my identity and tribal community. Being able to learn and speak the language that was developed by my ancestors was something I never thought I would do. I am forever grateful for all I have learned about my heritage and culture and the positive impact it has had on my life.” 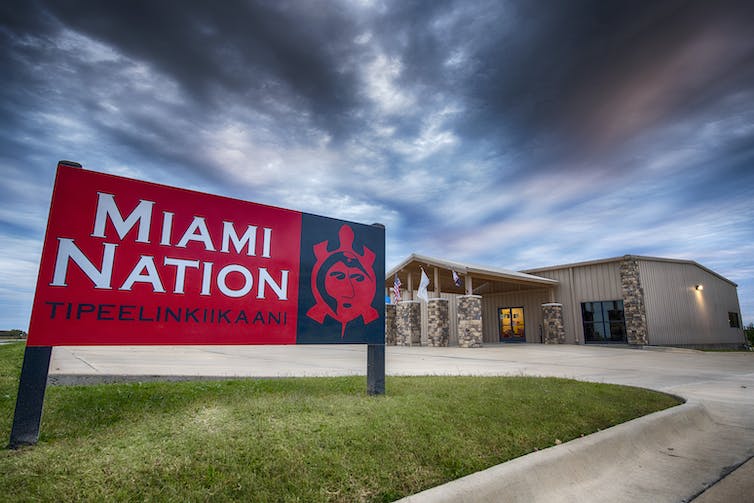 How do students benefit from learning these languages?

Engagement is increasing because people want to be involved and participate in what is happening. We have gained approximately 1,000 citizens in the last five years, boosting our enrollment to 6,780 today. This is a significant development because we view youth engagement as important to future growth of the tribal nation.

We believe growth of tribal programs developed by the tribe’s Cultural Resources Office, the creation of the Myaamia Center and further development of the heritage program are at the core of what has driven this dramatic increase in our graduation rate.

How will these languages be preserved going forward?

Just as the boarding school era was designed to remove language and culture, our tribal efforts can put back what was taken.

But these efforts require financial resources. Some people feel that the federal government holds a degree of financial responsibility in the revitalization of these languages. This is because significant federal funding was used historically to eradicate these languages. The federal government spent US$2.81 billion – adjusted for inflation – to support the nation’s Indian boarding schools, but only a fraction of that amount for Indigenous language revitalization today.

Partnerships between tribes and universities can be powerful in building a response to inequalities that have emerged through our recent history. Yes, language is an important part of what we do, but in the end it’s about knowledge, who holds that knowledge and how it’s expressed through our unique language and culture. Our partnership with Miami University is one such model.

Daryl Wade Baldwin is the executive director of the Myaamia Center at Miami University. He wrote this piece for The Conversation, where it first appeared.

In Virginia, a symphony of consolation seeks to counter violence | Roger Chesley