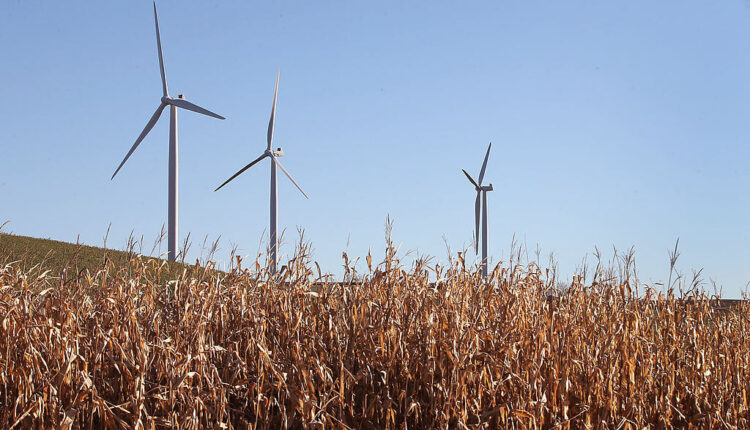 The state House voted 189-11 on Friday to approve a bill sponsored by Rep. Zachary Mako, R-Northampton barring the state Department of Environmental Protection from issuing permits for the construction of wind turbines in the commonwealth that  “may negatively impact a military installation’s airspace, flight paths or established training needs” without the approval of federal officials.

State military officials at Fort Indiantown Gap in Lebanon County are opposed to a proposed wind farm in neighboring Schuylkill County, about 15 miles away, citing concerns that the project, known as Anthracite Ridge, poses a threat to military operations at the base.

In a Jan. 24 memorandum, Mako detailed his own experience as a military helicopter pilot at Ft. Indiantown Gap, which is home to the Pennsylvania National Guard and the Air National Guard’s 193rd Special Operations Wing,

“As a pilot with the Pennsylvania National Guard, I have flown countless missions out of Fort Indiantown Gap,” Mako wrote.

The bill, would require state regulators to obtain written permission from the federal military officials, which is granted through a federal clearinghouse process that requires that military installations, developers and other affected parties, evaluate and attempt to mitigate any safety concerns or other risks associated with the project.

The bill does not mention Ft. Indiantown Gap by name. But the base is specifically mentioned more than a half-dozen times in Mako’s memorandum.

While the project’s developer, Philadelphia-based Doral Renewables, initially objected to the bill as it was introduced, Mike Manzo, senior vice president of government affairs for Triad Strategies, a lobbying firm working with Doral Renewables, said the company “has withdrawn from taking any official position” since the bill was amended to remove language that would have suspended current DEP-issued permits without written federal approval.

“The bill as amended is much closer to the language and intent of the Clearinghouse process, which this project is already under the control of,” Manzo said. “We remain convinced, however, that the bill is an unnecessary duplication of federal law.”

The project is currently under evaluation by the U.S. Department of Defense.

Pentagon officials will make a determination on whether the project presents a threat to military operations at the base. If federal officials object to the project, it will not be allowed to move forward.

The Pennsylvania Department of Military and Veterans Affairs did not return a request for comment.

Since federal entities are ultimately the decision-makers, Matthew McKinzie, senior director for planning and operations at the Natural Resources Defense Council’s Climate and Clean Energy Program said trying to adopt a state law on the issue “doesn’t make much sense.”

“It doesn’t make any sense for states to get involved when DOD is reviewing,” McKinzie told the Capital-Star. “It’s just not helpful.”

McKinzie, who has sat in on the clearinghouse process a half-dozen times, said Mako’s bill is part of a larger trend, noting that Texas has implemented stricter requirements for energy projects near military installations. Which, he said, often require buffer zones.

The bill now goes to the Senate for concurrence.

A spokesperson for the DEP did not comment on the bill, but told the Capital-Star that the department is “following the bill as it moves through the Legislature.”