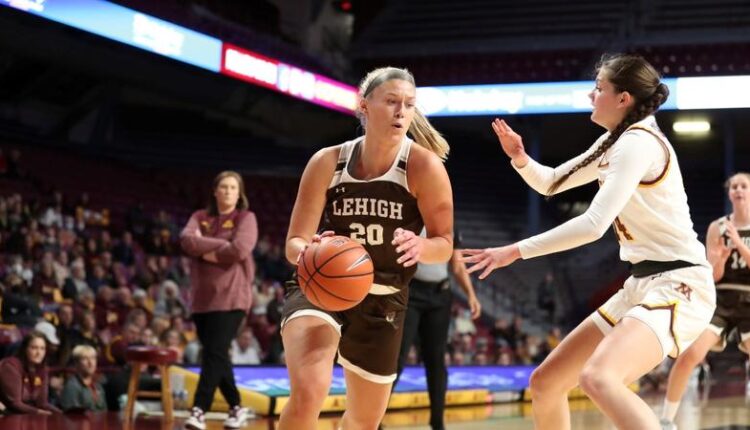 Hottinger, who was named to the preseason all-league team, has enjoyed an incredible start to her senior season. This is the first Patriot League Player of the Week honor of Hottinger’s career and the first time a Lehigh player is bringing home the honors since Mackenzie Kramer did on Feb. 14 of last season.

Hottinger racked up a double-double in Lehigh’s opener against Stonehill, tallying a career-high 18 rebounds while scoring 21 points and coming up with four steals. Lehigh rolled to a 60-43 victory against the Skyhawks.

Against No 23 South Dakota State, Hottinger was just three rebounds shy of another double-double. She scored 25 points, including 14 in the first quarter.

The Inver Grove, Minn., native rolled to another incredible performance and another double-double in front of her hometown crowd. She finished with 25 points and 12 rebounds Sunday against Minnesota in Lehigh’s 101-99 loss.

Hottinger and the Mountain Hawks (1-2) will host Bloomsburg on Friday at 7 pm at Stabler Arena.