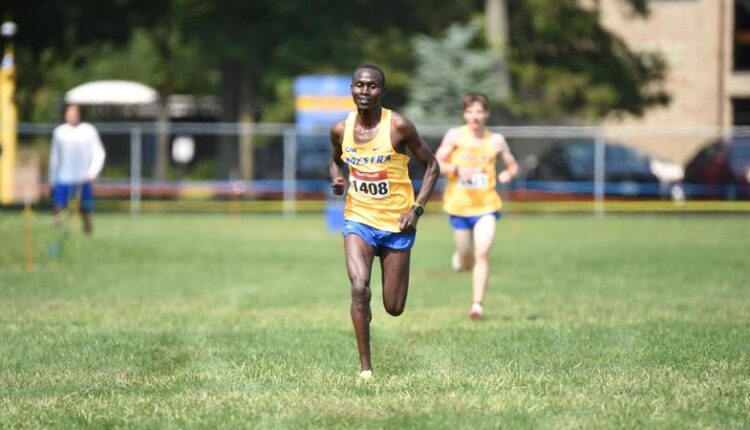 Hempstead, NY – Hofstra claimed the top five finishers led by Abraham Longosiwa as the Pride claimed a 15-40 win over Saint Peter’s in a 5K run on Hofstra’s campus.

Longosiwa, a freshman, posted a time of 14:16.30 to win the second consecutive race of his collegiate career after winning at the 8K LIU Fall Festival last week. Zach Van Houten placed second in a time of 14:21.30. Paul Markovina ran the course in 15:04.20 to finish third, while Brian Beck was fourth in 16:00.70. Aiden Willey completed the Hofstra contingent with a fifth-place finish in 16:22.50.

Zachary Kohner ran as an unattached competitor and finished 12th at 23:29.50.

Hofstra returns to action September 30 at the Paul Short Run at Lehigh University in Bethlehem, Pennsylvania.