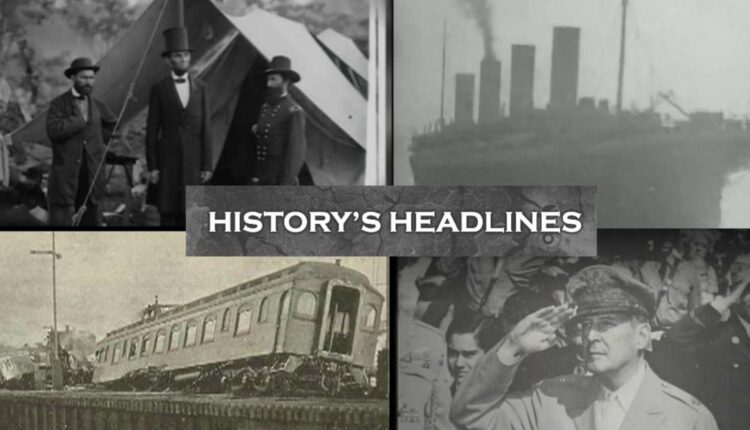 In 1971 JI Rodale, 72, was at a place he probably could not have imagined when he came to the Lehigh Valley in the 1930s. From a small, abandoned farm in rural Emmaus he had seen his ideas grow into a publishing business whose advocacy of organic farming, once derided as quackery, had spread around the world. On June 6th a story about Rodale and his quest for organic farming had appeared in “The New York Times Magazine” with a photo showing him walking through a Pennsylvania farm field, although he did little actual farming himself. Now here he was on the afternoon of June 8th being taped for The Dick Cavett show. It was considered a cut above most late night fare. It wasn’t some late-night laugh-fest like Johnny Carson’s Tonight show, no wearing of outsized, funny turbans or air-kissing and “cuchi-cuchi” with Charo. This was a serious platform where Rodale could share his views about the dangers of sugar and the evils of pesticides and vaccines to an audience who had never heard of his publications, “Organic Gardening” or “Prevention.”

So, in response to questions by Cavett, Rodale talked about how great he felt. His organic approach to living had the 72-year-old claiming to be able to live to be 100. “I’ll live that long if I am not run down by some sugar crazed taxi driver,” he exclaimed. Finally finished, Rodale awaited at the end of the couch for the next guest. Cavett was to say later he thought he heard Rodale groan briefly. Although he denied it later, members of the audience were convinced they heard the host say, “Are we keeping you up, Mr. Rodale?” Now, fearing the worst Cavett asked if there was a doctor in the audience and two came forward. Although they could hear a faint heartbeat their attempts at reviving him were unsuccessful. Rodale was taken to Roosevelt Hospital where he died a few hours later.

The details of Rodale’s death shortly after his claims of potential longevity have been treated as something of an ironic joke in some circles. But the story tends to hide the role he played in pointing out the dangers of chemical agricultural that from 1950 to 1970 dominated commercial farming. Even those who today find value in his views on those subjects are skeptical of Rodale’s rejection of modern medicine, his support of “natural” medicines that they see had little value except as placeboes and his total opposition to vaccines of any kind. Like many “visionaries,” some of Rodale’s ideas were rejected along the way and others have been accepted as of value.

Rodale was born Jerome Irving Cohen in 1898 in Manhattan to an immigrant Jewish family from Russia. Aware from his youth of his heart murmur and concern about his health, Rodale was particularly depressed when the army turned him down when he tried to enlist during World War I because of his poor eyesight. Rodale’s relationship with his father was strained from his youth, which is why he changed his last name to Rodale to honor his mother’s maiden name, Rouda.

Rodale began working life as an accountant from 1917 to 1920 and worked for the Internal Revenue Service from 1920 to 1921. In 1923 with his brother Joseph, he formed Rodale Manufacturing, a maker of electrical equipment.

At the same time Rodale was influenced by Sir Albert Howard, a British botanist, and Bernarr Macfadden, an American magazine publisher and exercise health faddist. Howard got his ideas about organic farming while working in India. He came to believe organic methods produced more healthy crops and healthy people. He has been called “one of the key progenitors of the organic agriculture movement.” Macfadden is often considered the father of the healthy diet and exercise movement in the 1920s. He has been compared to Charles Atlas and Jack La Lane. His fortune was based on a series of magazines that advocated exercise and bodybuilding. His detractors called him a fraud, but he was widely popular. At least one millionaire’s son became so entranced by Macfadden’s theories on fitness that he took to running to his New York office in the morning barefoot, much to the chagrin of his wife and family.

With the onset in 1930 of the Great Depression, Rodale and his brother decided to move Rodale Manufacturing to Emmaus. Here along with his business Rodale began to experiment with some of the concepts that Howard and others in England advocated for, such as the use of compost and other aspects of organic farming. In 1940 he created the Rodale Organic Gardening Experimental Farm.

In 1942 Rodale created his first magazine, “Organic Farming,” later “Organic Gardening.” It came at a particularly significant historical moment. With the entry of the US into World War II the concept of the Victory Garden jumped up. To help provide food in an environment of rationing, millions of Americans were growing their own vegetables. It was a hit in its day and was Rodale’s first major publication.

But it was to be “Prevention” magazine that was really the foundation of Rodale’s publication business. Rodale was no fan of doctors and the medical establishment. He believed that many things could be done to keep healthy. Exercise and vitamin supplements were the way to stay away from doctors who he saw basically as frauds. Abstain from sugar and milk and you will live longer. While apparently not opposed to vegetables he had no use for vegetarians and said so loudly.

Doctors and other health professionals were quick to turn on Rodale, calling him a quack and a fraud. They noted much of the advertising in “Prevention” magazine was based on fraudulent claims. He was taking advantage of gullible people by warning them away from the polio and other vaccines. But perhaps the biggest opponent of Rodale was commercial agriculture. In the 1950s American commercial farms turned largely to chemicals to increase yields. The so-called “Green Revolution” was spread overseas by the US Department of Agriculture.

When Soviet leader Nikita Khrushchev visited the US in 1959, he was shown the large farm of Rosewell Garst in Iowa based on chemicals and pesticides as a symbol of American progress. In San Francisco he was taken to a supermarket. The rise of what came to be called agribusiness had begun. At the same time supermarkets with frozen foods became popular as the modern way of shopping. When those foods were first introduced commercially in the late 1940s, skeptics wondered how you could turn vegetables into a frozen square and have them taste like anything. Author and social critic Norman Mailer during the 1960 presidential campaign summed up the historical moment when he referred to then candidate John F. Kennedy as the “Superman in the Supermarket.”

But most of America into the mid-1960s was convinced frozen foods that were raised with chemicals and pesticides were the wave of the future and they had no objections. It was only later with the rise of the so-called back-to-the-land counter-culture in the late 60s that ideas like those of Rodale and others struck a chord with many and came into respectability in the court of public opinion. Even those who found trouble with some of Rodale’s more outlandish beliefs and statements found truth in the concerns he had. The dangers of overuse of chemicals and growth hormones and pesticides were exposed in pieces like Rachel Carson’s “Silent Spring.” That conflated with the ideas of Rodale and took him out part way from the category of quackery to be treated respectfully by “Life” magazine, the “New York Times” and Dick Cavett.

Although Rodale did not live long enough to see his ideas come to full respectability his son Robert Rodale, who had been educated at Lehigh University, expanded the range of the organic ideas by founding the International Federation of Organic Agricultural Movements and creating several magazines that focused on health , exercise, and wellness that were a commercial success. His tragic death in 1990 while in Russia to encourage organic agriculture led to the company being taken over by his wife, Ardeth Rodale, and later after her death other family members.

Finally in 2017 the magazine division was sold to Hearst Publications, which sold them again to other publishers. But the Rodale Institute JI founded in 1947 carries on as a respected institution in the field of organic farming outside of Kutztown.