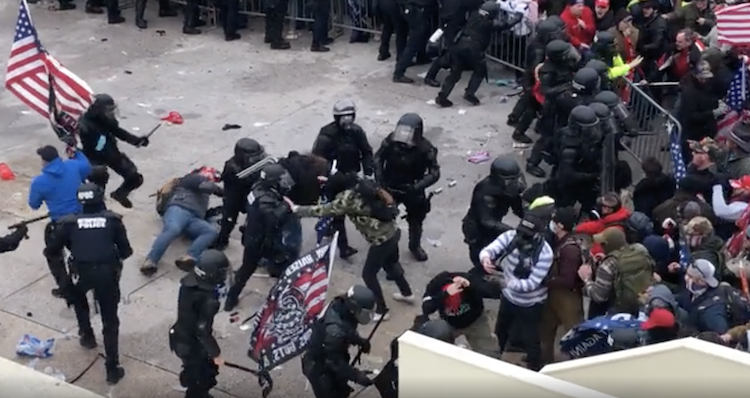 On June 17, 1972, Washington D.C. police arrested seven men, hired by the committee for the re-election of President Nixon to burglarize the headquarters of the Democratic National Committee in the Watergate office complex. The arrests set off a chain of events that led to Nixon’s resignation from office in August 1974.

Key to the discovery of criminal activity that forced the president to step down, related directly or indirectly to the Watergate burglary, was the investigation by the U.S. Senate Select Committee on Presidential Campaign Activities.

Initiated almost a year after the Watergate break-in, the Senate hearings featured John Dean, the White House counsel who supervised efforts to cover up the Nixon administration’s abuses of power. Dean testified that Nixon obstructed justice by encouraging aides to commit perjury, authorizing payments of hush money to the burglars, and discussing the issuance of pardons.

The president and his top advisors denied the allegations and pinned the blame for the Watergate cover-up on Dean.

Several weeks later in July 1973, the Watergate committee revealed that a taping system operated in the Oval Office while discussions of the scandal between the president and his advisors, including Dean, were happening.

From that point on, the Watergate investigation centered on getting Nixon to give up the tapes, so that the public could learn whether the president or Dean was telling the truth.

Pa. voters wanted to burn the House — and Senate — down this primary season | Fletcher McClellan

Fifty years after Watergate, coincidence or not, public hearings of the U.S. House Select Committee to Investigate the Jan. 6, 2021 attack on the U.S. Capitol which started Thursday. Inevitably, select committee’s hearings will be compared to those of its legendary predecessor, celebrated this month in film and print.

One member of the Jan. 6 Committee, Democratic U.S. Rep. Jamie Raskin, D-Md., says the hearings will “blow off the roof off the House.” He asserts the committee’s investigation will show that “[the Jan. 6 insurrection] was a coup directed by the president against the vice president and against the Congress.”

If Raskin is correct, this summer’s hearings will be must-see TV.

However, it is doubtful that the House select committee will have the kind of impact that the Senate Watergate tribunal had on public opinion and on holding the responsible parties accountable.

Compared to five decades ago, a smaller proportion of the public will watch the Jan. 6 hearings. People have many more viewing alternatives – online sites, cable and streaming media, etc. – than did the captive audience of the early 1970s, limited mainly to watching three broadcast networks and PBS.

Included in the expansive media environment are vehicles for conservative opinion, including Fox News, right-wing radio talk, and alt-right social forums. They will cast doubt on the Jan. 6 investigation, repeating former President Donald Trump’s claim that Democrats are on a political witch hunt.  Many will say the events of Jan. 6 were not an “insurrection,” but rather a legitimate protest of a rigged election.

Indeed, some commentators have argued that had Fox News existed during Watergate, Nixon would have survived the scandal. After all, Trump’s political base sustained the former president through multiple impeachments, investigations, and humiliations.

The political polarization we see in the media is reflected in the composition and workings of the Jan. 6 Committee. Republican U.S. Reps. Liz Cheney, of Wyoming,  and Adam Kinzinger, of Illinois, are the only GOP members serving on the committee, and both are pariahs in their party.

A complicating factor in the Jan. 6, investigation is that GOP members of Congress are alleged to have coordinated their efforts with Trump supporters to block the counting of electoral votes. Republicans will have little incentive to investigate themselves unless they are faced with jail time.

During Watergate, Dean and others involved in the scandal were under severe legal pressure to cooperate with Congress and prosecutors. Until very recently, there appeared to be no such pressure coming from the Biden Justice Department.

For the most part, targets of post-Watergate Congressional investigations of alleged presidential wrongdoing have managed to escape accountability. Whether it was President Ronald Reagan in the Iran-Contra scandal or the impeachment of President Bill Clinton, they learned how to beat the system.

So far in the Jan. 6 investigation, Trump advisors have refused to honor Congressional subpoenas, hoping that Republicans will regain control of the House of Representatives in November and shut down the probe. Novel but unsubtle ways of hiding evidence reportedly included use of burner phones and the literal flushing of presidential documents.

Finally, let’s face it. Over the last fifty years, the American people have changed.

Though Vietnam and political assassinations tempered the desire for reform, there was still hope in the wake of the 1960s. For many, the exposes of Watergate were genuinely shocking.

Now, people are more cynical, fatigued, traumatized, and pessimistic that political corruption can be stopped.

The involvement of white supremacist groups in the plot to subvert the 2020 election and the efforts of Republicans in the states to control election administration in 2024 should alarm all of us.

Sad to say, the Jan. 6 Committee investigation may find that we have lost the capacity for outrage.