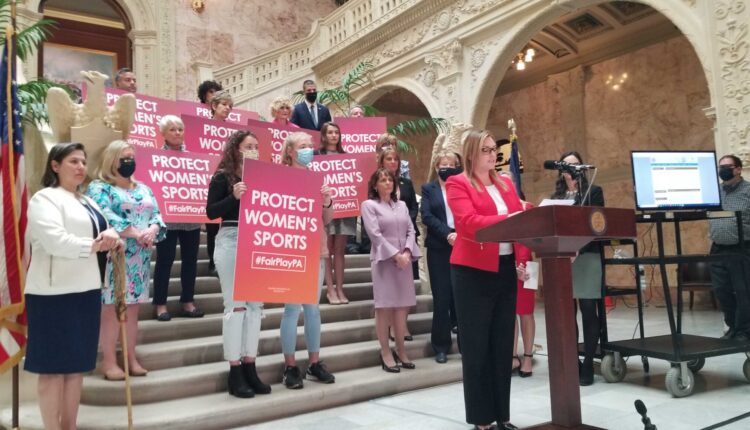 Here’s what Pa. lawmakers could do if they really wanted to protect women and girls | Opinion

This legislation, copied and pasted from extreme interests from across the country, has no chance of passage, as Gov. Tom Wolf will veto it. The damage is done, however. This is another chapter written in the culture wars driven by the Legislature’s Republican majority, victimizing children to help write their tv ads for this November’s general election.

As an openly nonbinary and queer person, I could talk about the perversion that comes from a group of mostly men drafting legislation about the genitalia of kids and young people, pretending that is the same as someone’s gender identity.

I could talk about the money behind this effort, and the political windfall that comes from disingenuously painting progressive lawmakers as “out of touch” for daring to think about the interests of the most vulnerable among us. I could even talk about how troubling it is that such legislation, which these lawmakers know will never be signed into law, is being prioritized over so many other actual needs and crises facing the Commonwealth.

But I won’t, because none of these arguments break the shield from logic that their political agenda provides to them. What I will share is the antidote to their leading political narrative, that this is an effort to protect women and girls.

Protecting women and girls would mean protecting domestic violence survivors from being murdered with a gun, through the passage of extreme risk protection order legislation.

Protecting women and girls would mean fully funding our public schools and colleges, instead of stockpiling billions in federal pandemic dollars that could be invested in our classrooms and on the soccer field.

Protecting women and girls would mean paying Pennsylvanians a living wage. Paying women enough to survive and thrive is the easiest and best way to lift women and their entire families out of poverty and boost our economy for all.

Finally, protecting women and girls would mean passing #MeToo legislation, a bill written by a woman legislator of the House of Representatives. This bill would work to end the crisis of sexual harassment, sexual assault, violent rape, retaliation, and taxpayer funded settlements to cover up this violent trail of violence throughout the state Capitol.

These legislators dare to say they are protecting women, and they cannot be moved to ban their colleagues from raping their colleagues? Four years have passed. What are they waiting for to get to work?

These legislators have failed repeatedly to protect women and girls, and in fact, it has been their entire legacy. This latest bill is another brick in a wall of policies meant to preserve one thing only: white, rich, male power, however they choose to abuse it.

Transgender girls are girls. Get off the field and let them play.

Colleen Kennedy is a non-binary queer Pennsylvanian. She writes from Upper Darby, Pa.