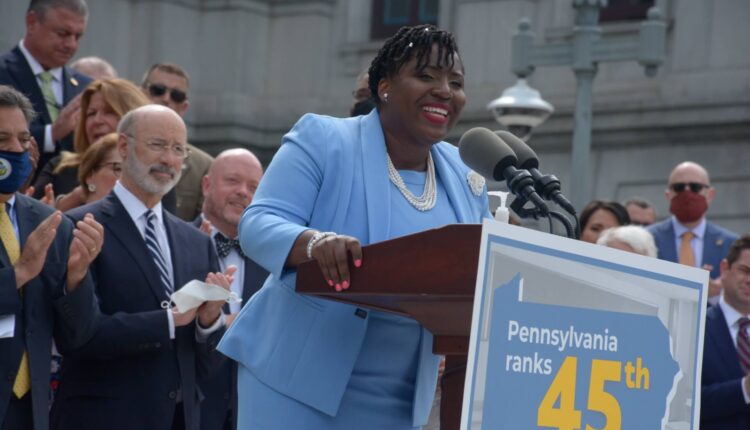 Here’s what election reforms could come in Harrisburg after power shift in Pa. statehouse

Pennsylvania lawmakers agree on one thing: the commonwealth needs to rewrite its election laws.

Then, the disagreements start.

In the two years since the 2020 election exposed gaps in the state’s voting law, the then-GOP-controlled House and Senate have been almost completely deadlocked with Democratic Gov. Tom Wolf over which changes to make.

But that dynamic could shift in the upcoming session, as Democrats have flipped the Pennsylvania House (albeit tenuously) and will maintain control of the governor’s mansion, giving Democrats more leverage to advance a policy agenda. And lawmakers, lobbyists, and voting advocates are lining up with their lists of priorities.

Their main takeaway? Neither party is going to get everything they want, but there’s room to cut some kind of a deal.

But that will require lawmakers to “see that voters voted against theatrics in this past election” and try to accomplish something rather than engage in partisan bickering, said Kadida Kenner of voting rights group New Pennsylvania Project.

Some of lawmakers’ big goals aren’t that controversial. Asked for a top priority during a celebratory press conference the day after Election Day, top House Democrat Matt Bradford, of Montgomery County,  said the chamber’s focus would be on giving counties time before Election Day to process mail-in votes.

“Those who have wanted to sow division and doubt in the integrity of our elections have blocked the most simple election reform we can do,” Bradford said. “Let’s pass that in a bipartisan way. God knows, we could pass it with 200 votes. Let’s get that done on day one.”

Pre-canvassing, as the process is known, has garnered bipartisan support from county officials. But 2021 legislation to allow it died after Republicans paired the provision with new voter ID requirements and stricter registration and mail ballot application deadlines. Wolf, citing those measures, vetoed the bill.

Under current state law, Pennsylvanians must show ID the first time they vote at a new polling place, though it does not have to be a photo ID. They also must provide a state ID number, or their Social Security number and a signature, in order to vote by mail.

Expanding the current requirements to showing some form of ID every time someone votes in person, as is favored by Republicans, may not be the poison pill it once was. Democrats, and most importantly incoming Gov. Josh Shapiro, have recently said they are open to the proposal.

A spokesperson for Shapiro’s transition team did not answer specific questions from Votebeat and Spotlight PA about his stance on new voter ID requirements or his other voting priorities, though during the campaign he released a detailed list of policy proposals.

“The Governor-Elect will work with anyone to get things done for Pennsylvania, and he is willing to sit down with colleagues from both sides of the aisle to discuss ways to strengthen our democracy and protect the right to vote, so long as they are acting in good faith and working to expand access to the ballot box,” spokesman Manuel Bonder said, adding that any effort to restrict voting rights would be “dead on arrival.”

Wolf said something similar after vetoing Republicans’ election bill in 2021. In an interview with the Philadelphia Inquirer, he said that he was open to some form of stricter voter ID requirements provided that GOP lawmakers were negotiating in good faith.

But “if you think the other side is basically just going through a sham, just trying to … go through the motions but really doesn’t mean it, that’s not a real negotiation,” Wolf said at the time.

Last session, House Democratic Leader Joanna McClinton, of Philadelphia, proposed her own election code rewrite  — a 66-page omnibus bill named after the first Black House speaker, K. Leroy Irvis. In an email, a spokesperson for McClinton said that the bill “may be introduced in a different format” in the upcoming session.

The bill would have instituted 21 days of pre-canvassing and required statewide use of electronic poll books, which advocates hope would provide quicker check-ins at polling places and more accurate voting records compared with traditional paper poll books.

But Democrats like McClinton and Shapiro won’t have total control of the policy agenda, as Republicans still hold the Senate. They aren’t yet tipping their hand.

“We will work across the aisle when necessary to advance issues important in this commonwealth,” said newly minted Senate Majority Leader Joe Pittman, R.-Indiana. “But we will also defend the principles and beliefs of those who have elected us to serve them here in the state Senate.”

Senate President Pro Tempore Kim Ward, R-Westmoreland, pointed to the election deal that Wolf and the GOP General Assembly cut in June as a “very good move.” The bill eliminated private, outside funding for election administration in return for more state funding for counties, as well as a requirement that counties start counting mail ballots on Election Day and not stop until they’d finished.

“Maybe we can talk to Governor-elect Shapiro and see if he’s interested in that,” Ward added. “But that’s a very important one to us.”

Kenner, of the  New Pennsylvania Project, said that she sees room for stricter voter ID requirements in a potential election code rewrite, as long as the state makes it easier for anyone who needs an ID to get one. (Republicans’ election code rewrite from 2021 required counties to give every voter a durable voter registration card that could be used to vote.)

McClinton is a member of the New Pennsylvania Project’s board of directors.

Other Democrats, such as Georgia’s Stacey Abrams, have warmed up to some expanded form of ID requirements, Kenner noted.

If paired with early voting, automatic voter registration upon turning 18, and same-day registration to ease the process of signing up new voters, she thinks there could be room for a deal. Many of those items are also things Shaprio mentioned during his campaign.

Legislators are lining up ahead of the session to get support for their election law proposals. In recent days lawmakers have introduced co-sponsorship memos — a call for colleagues to support upcoming legislation — on implementing pre-canvassing, removing the date requirement on mail ballots, expanding Voter ID requirements, and repealing mail-in voting, among other proposals.

The fight over control of the Pa. House is Harrisburg high-stakes lunacy at its worst

However, it’s too soon to say what a deal that can pass the House, Senate, and earn Shapiro’s signature would look like, added state Sen. David Argall, R., Schuylkill, who chaired the Senate State Government Committee last session, helping to craft election legislation.

While the margin may be close in the House, the Harrisburg veteran didn’t expect the power dynamic to be too different from last session — Republicans in the Senate could block any bill they don’t like, and Shapiro could veto any bill without having to fear the legislature overriding it.

“Whether you control one of three legs of the policy, or two of the three legs, the end result is the same,” Argall told Spotlight PA.

There’s no shortage of wishlists. In addition to pre-canvassing and same-day registration, the ACLU of Pennsylvania wants lawmakers to clarify the rules around drop boxes and satellite voting offices, said Marian Schneider, senior voting rights policy counsel for the organization.

“And of course the ACLU thinks the outer envelope date requirement is immaterial,” she said, referencing a case pending in federal court over Pennsylvania’s policy of rejecting undated and incorrectly dated absentee and mail ballots.

Perhaps one of the most important players in election policy, the County Commissioners Association of Pennsylvania, also has priorities for the 2022–2023 session. The association represents counties, which are the primary level of government overseeing voting administration.

Topping that list again is pre-canvassing, its executive director, Lisa Schaffer, said, which counties have been asking for since almost the moment Act 77 passed in 2019. Ideally that would be 21 days, which one upcoming bill provides.

“The more time the better, but certainly any time would be a huge help from where we are now,” Schaffer said.

She said counties would also like to see the one-time funding the state provided this year though Act 88 become a recurring stream. Counties also need clarification from the legislature on hot-button issues such as ballot drop boxes and undated mail ballots.

Decisions about providing drop boxes — or not — are currently up to counties, leading to a patchwork of different policies on the boxes across the state. Whether mail ballots without dates should be counted has led to several rounds of litigation, with an uncertain legal fate ahead.

Like most people, though, Schaffer is waiting until the session starts to see what changes are possible.

“The legislative process is always challenging, and we are working like other folks to figure out who the key players will be in the legislature and the administration in this next year,” she said. “We’re always hopeful, but yes, there is always the challenge to find that sweet spot where you can find common ground to get things done.”

Guy uses drone to pick up a lady during coronavirus lockdown

A pastor comes to terms with the church’s idols of Trump, money and power | Opinion