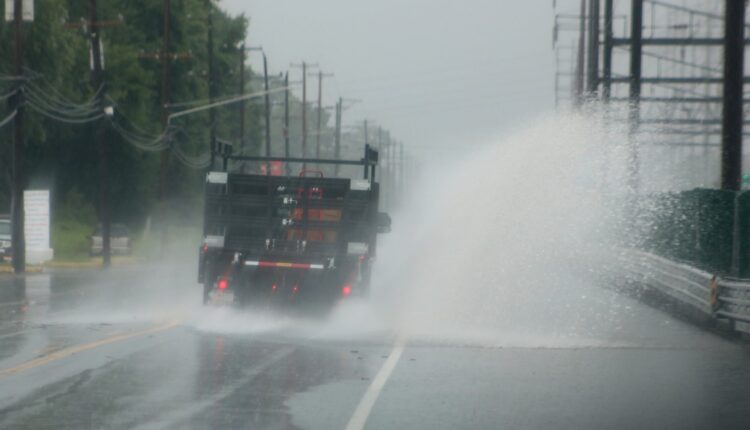 Here’s what Biden, Congress can do right away to fight climate change, help Appalachia | Opinion

(*This 0p-Ed was updated at 9:54 a.m. on Thursday, 7/28/22 to include additional information about the state of climate negotiations in the U.S. Senate.)

Of all the things we’d love to leave our children and future generations, a healthy place for them to raise children of their own may be the most important. By increasing the use and production of clean, safe sources of existing sustainable energy, we can be proud of what we create for generations to come.

Unfortunately, for decades, some politicians have stood in the way of a clean energy future, backed by the unaccountable fossil fuel industries that have damaged our climate.

They have divided us by our skin color, our zip code, or how much money we have. They try to point fingers, assign blame, and turn us against each other while oil companies profit off polluting our air, land, and water – leaving us and our children with lead poisoning, asthma, and cancer in the process.

But together, we have the power to fight back and create the country we need, where we protect our air and water, share in our economic prosperity, and build bridges. What do we want to work for and be remembered for?

As a lifelong Pittsburgher and former City Council member, I know all too well the kind of devastation flooding from climate damage can bring.

In 2017, heavy rain storms overwhelmed our creeks. As water rushed into her home, one of my constituents with a disability feared for her life, as thousands of dollars of critical medical equipment lay in the path of destruction. She is just one of many Pittsburghers who live with constant anxiety every time rising floodwaters tear through our streets, more and more often picking up cars and dragging down trees with ease.

After the 2017 flood, I appealed to the Army Corps of Engineers for intervention. In 2020, they worked with the Pittsburgh Water & Sewer Authority on flood mitigation measures in my former district.

And yet flooding has only become more dire. What were once called “100-year floods” have now become annual occurrences. Pittsburgh’s aging sewer system was not built to handle these increasing amounts of heavy rain. Intense rain events mean polluted stormwater is overwhelming our water infrastructure, leading to massive flooding.

With so much of the city paved over and unable to absorb flood waters, the stormwater then pours into our rivers, endangering us all. In a city grappling with imminent climate disaster, a simple rainstorm has become a matter of life and death.

It’s not just in Pittsburgh – in 2020, the United States faced 22 extreme weather and climate-related disaster events with losses exceeding a cumulative price tag of nearly $100 billion. But flooding is particularly devastating in Appalachian communities, where we are also forced to struggle with aging infrastructure, failing electric grids, pollution left behind by absentee corporations, and declining tax bases.

Local mitigation efforts are crucial, but they are narrow in scope, take years to develop, and place a heavy burden on our region’s already limited resources.

That’s why we need sweeping, proactive strategies rather than small scale band-aids. I was heartened to see yesterday’s news about the Inflation Reduction Act, and am cautiously optimistic that this deal is good for Appalachia. We need the tools to create new jobs, especially for displaced and re-entering workers, respond to damage to our climate, and build climate-forward infrastructure.

Now, on the heels of renewed hope for action on climate and jobs, it’s critical that President Biden use every tool at his disposal, including executive action, to reduce carbon emissions and invest in an equitable transition to clean energy, made right here in Appalachia, to preserve a livable planet and thriving, sustainable communities.

Working people in Appalachia have powered this country for generations and are ready to carry on that time honored tradition — it’s in our DNA.We all deserve a future where our communities are free from the floods caused by our damaged climate, where our neighbors are back to work and can take care of their families.

We just need the tools. But right now, folks around here are struggling to get by. We need a massive build-out of American-made clean energy to preserve a habitable planet, create good union jobs, and lower energy bills. This is a once-in-a-generation chance to prioritize left-behind Appalachian communities. We’ve waited long enough.

Natalia Rudiak is a former member of Pittsburgh City Council.