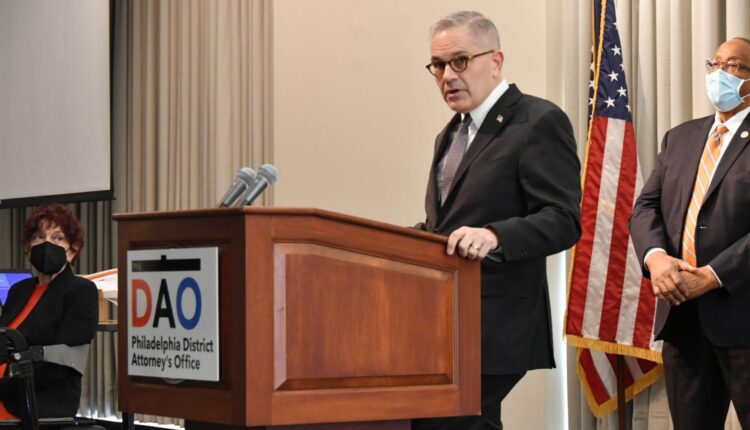 Harrisburg Republicans have fiddled this summer while our communities suffer | Opinion

The terror of gun violence has claimed more American lives this summer, turning celebrations into  traumatic life events as people ran for their lives, turning joy into terror. We cannot accept that gun violence is just the cost of living in a free nation.

Until we know that guns are appropriately regulated and tracked, and until all law enforcement agencies invest in firearm forensics and other resources to solve more shootings and killings, none of us are truly free.

We must also name the sources of our misery, and work in community to make meaningful change. In Harrisburg, where the largest full-time legislative body in the nation sits, politicians continue to squabble over the very idea of common sense gun legislation.

This tragedy reached a peak when the Legislature prioritized passing bipartisan legislation criminalizing ATV’s and dirt bikes on city streets in Pennsylvania during a surge in gun violence across all of Pennsylvania.

Meanwhile, bills that would help keep firearms out of reach of people who are a danger to others and themselves have been stuck in committee or gutted and replaced with language that would flood communities with even more guns – a tragicomic ritual of Pennsylvania House and Senate Republicans that replays year after year.

These life-saving bills have been signed into law in states governed by more responsible elected officials such as California and New Jersey. These bills are also supported by strong majorities of Americans across the political spectrum. And yet there is no pretending here in Pennsylvania that the General Assembly will do a single thing to address the crisis of gun violence.

Instead, there is deflection and finger-pointing – namely, at Philadelphia’s elected district attorney, Larry Krasner.

A trio of obscure Republican lawmakers from Adams, Beaver, and Washington counties are leading a politically doomed effort to hold impeachment proceedings, which by statute are reserved for elected officials accused of committing crimes – not elected officials who are convenient political foes for a do-nothing legislative majority.

If these impeachment efforts were truly about the crisis of gun violence in Pennsylvania, prosecutors in other counties that have seen far higher increases in homicides would also be named as targets.

But you will not hear a peep about the home counties of these Republican lawmakers which saw far higher increases in homicide than Philadelphia from 2020 to 2021.

Minutes before Republicans on the state House Judiciary Committee advanced a resolution to form an impeachment committee to investigate Krasner, they gutted a bill supported by 90 percent of Pennsylvanians that would strengthen the background check system for purchasing firearms.

They were betting that the current news media and online information environment would aid their cover-up of legislative attempts to flood gun-saturated communities with even more unregulated firearms, and to prevent local law enforcement from keeping guns out of the hands of domestic abusers, insurrectionists, bigoted extremists, and other violent individuals.

Because the fact is, Pennsylvania Republicans love violence and they love racist mass incarceration that keeps state prisons full. They wrote the law that makes possession without a license to carry (VUFA 6106) a felony in Philadelphia County only, so that a misdemeanor that is barely enforced in other counties acts as a tripwire that sends Black and brown Philadelphians with no violent criminal records into state prisons at great cost to taxpayers.

In a massive report on gun violence released early this year by the Philadelphia District Attorney’s Office, along with Philaadelphia Police Department, City Council, and Mayor’s Office, Krasner was transparent when he explained that some VUFA 6106 Possession Without a License cases do not result in a conviction.

Krasner was elected by an overwhelming majority of Philadelphians to do this very thing: exercise discretion when a defendant produces proof of a license to carry they didn’t have at time of arrest, or when a defendant’s rights were violated by unconstitutional stop and frisk, or when a defendant has no other criminal record and can demonstrate they didn’t know they needed to register and legally purchase a firearm for self-defense – a rationale typically celebrated by Pennsylvania Republicans but not, apparently, when it comes to Philadelphia gun owners.

It’s typical that these House Republicans would cite Krasner’s conviction rate on carrying firearms without a license just minutes after they gutted a background check expansion bill with language that would effectively make it legal for anyone in Pennsylvania to carry a firearm without a license.

Krasner has been outspoken in his support for popular bills that would stop the tidal wave of guns flowing into communities. He has begged for more investment in forensic technologies that could help police improve the rate, currently below 20 percent, at which they solve shooting cases. Republican lawmakers in Pennsylvania are just desperate to shift the media and public’s focus  to how well a locally elected, gun safety-supporting DA mops the floor, so you don’t notice they’ve been running the faucet all along.

The Rev. Dr. Chris Kimmenez is the executive director of Healing Communities PA, a Philadelphia-based faith based justice transformation network.