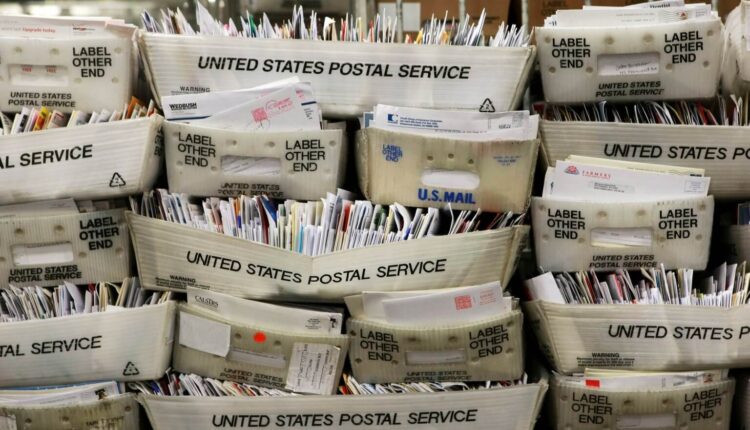 A group of Pennsylvania voters, backed by state and national Republican groups, have asked the state Supreme Court to declare that undated or incorrectly dated mail-in ballots cannot be counted in the Nov. 8 election.

The filing late Sunday night came just over three weeks before the Nov. 8 election when voters will choose Pennsylvania’s next governor and U.S. senator. And it’s been a week  since the U.S. Supreme Court threw out a federal appeals court ruling that undated ballots must be counted.

The suit asks the court to invoke its King’s Bench power to take up the matter without lower courts first weighing in because the question of whether to count mail-in ballots without handwritten dates needs to be resolved before the election.

“There is not sufficient time for the ‘ordinary processes of law’ to resolve the issues presented …” before counties begin the process of preparing to count mail-in ballots on Election Day, the claimants wrote in their filing.

At a minimum, the lawsuit asks the Supreme Court to order counties to segregate mail-in ballots returned without dates to avoid a scenario in which some counties count them and others do not, diluting the votes of those who follow the rules correctly.

“Any counting of ballots that the General Assembly has declared invalid — and the lack of statewide uniformity in the treatment of undated or incorrectly dated ballots — are eroding public trust and confidence in the integrity of Pennsylvania’s elections at a vital moment in the Nation’s and the Commonwealth’s history,” the suit reads.

The question of whether undated ballots should be counted has been an issue in every election since 2020, when voters were first permitted to vote by mail without an excuse. In at least one instance, undated ballots have determined the outcome of an election by a razor-thin margin.

The 2019 amendment to Pennsylvania’s Election Code allowing no-excuse absentee voting states that voters “shall … fill out, sign and date” a declaration on the outside of the return envelope.

The state Supreme Court ruled in 2020 that undated ballots should be counted in that election because the instructions for completing a mail-in ballot were unclear. But they could not be counted in future elections.

A federal appeals court ruled earlier this year that undated ballots should be counted because the date requirement violates a bar on disenfranchising voters over paperwork errors.

The U.S. Supreme Court last week threw out the appeals court decision without weighing in on the question because the underlying election – a 2021 judicial race in Lehigh County – had been decided and the case was moot.

The latest rulings on the matter in a pair of Commonwealth Court decisions stemming from this year’s U.S. Senate primary race say undated ballots should be counted because Pennsylvania courts have consistently found the word “shall” in the Election Code means something is mandatory only when it is essential to the integrity of an election.

Among the arguments in the lawsuit is one that is also before the U.S. Supreme Court in a closely watched North Carolina congressional redistricting case.

“Thus, neither the Commonwealth Court nor this Court may erode, much less set aside, the General Assembly’s mandatory date requirement as applied to federal elections. The Court should grant the Application and uphold the date requirement,” the lawsuit reads .

The Republicans argue that the use of the word “shall” alone should be enough to indicate that the Legislature intended the date requirement to be mandatory.

But they add that the date requirement also serves the purpose of showing when a voter actually completed the ballot.

The lawsuit points out one instance in which it prevented a fraudulent ballot from being counted when a Lancaster County woman charged with forging her mother’s ballot dated it nearly two weeks after her mother’s death.

The suit argues that the date requirement is not barred by federal law, which only prohibits requirements that deny a person’s right to vote. A failure to follow the rules for voting is a forfeiture of the right to vote, the Republicans contend.

The claimants  also argue  that acting Secretary of State Leigh Chapman’s guidance directing county election officials to include undated ballots in their counts goes against the General Assembly’s intent and should be set aside.