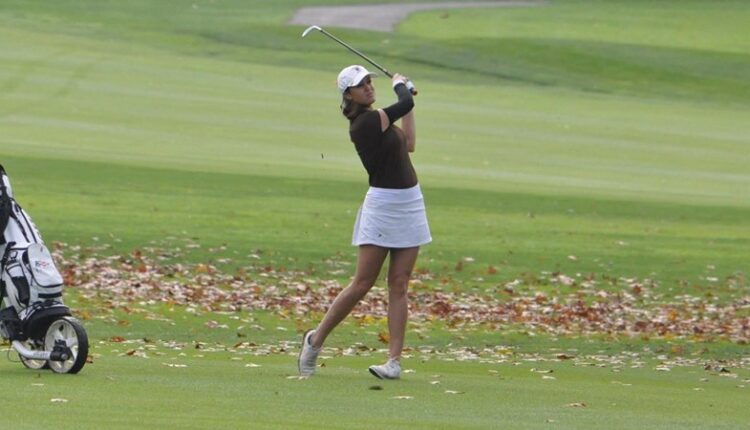 Good Start For the Mountain Hawks at SHU Spring Invitational

DAYTONA BEACH, Fla. – The Lehigh women’s golf team opened the SHU Spring Invitational with a round of 310 Friday at LPGA International. First-year Madison Pineda led the way for Lehigh’s five player scoring team, shooting two over par 74, as the Mountain Hawks are tied for fourth place in a 13-team field after the opening 18 holes of play.

One of Lehigh’s individuals, sophomore Meghna Grover, turned in the top performance of the day, shooting one under par 71 as she sits in third place overall. Grover carded three birdies and two bogeys in her round as she sits two strokes behind leader Maya Robilio of Sacred Heart.

Pineda shot 38 on her front nine Friday and then 36 on the back side with three birdies. The opening round 74 has Pineda tied for sixth place.

Sophomore Sophie Holland matched Pineda and Grover with three birdies and shot 78 as she sits in a tie for 22nd place.

One stroke behind Holland are junior Hannah Foster and sophomore Sophia Taverna, who are tied for 29th place after shooting 79. Both players shot 40-39 on the day with Foster making birdie on the 12th hole.

Lehigh’s fifth scoring player is first-year Mia Scarpati, who made two birdies in an opening round 82 and is tied for 44th place.

Along with Grover, juniors Marina Mendez and Iris Shin and first-year Sophie Chang competed as individuals. Chang shot 83 and is tied for 51st place. Mendez was one stroke behind Chang and is tied for 55th, while Shin is in 81st after a 91.

Host Sacred Heart shot 291 to lead the team race by five strokes over Seton Hall. LIU is in third, one stroke ahead of both Lehigh and Purdue Fort Wayne.

The SHU Spring Invitational concludes Saturday with the final 18 holes, beginning at 7 am

Listen: What We’ve Learned After Two Years of the Pandemic