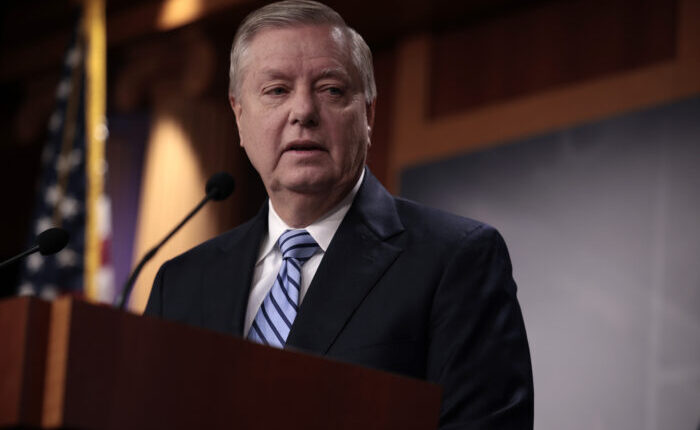 From Atlanta to Mar-a-Lago, this lawlessness can’t be allowed to continue | Opinion

“As far back as I can remember, I always wanted to be gangster.”

It’s one of the greatest opening lines in cinematic history. It opened the classic film, “Goodfellas,” and was spoken by the late Ray Liotta, in his portrayal of Henry Hill, an associate of the Lucchese crime family before he became an FBI informant. The movie is a biographical tale about Hill that first romanticizes the fledgling life of a big shot, then traces a journey to what is often how a life of lawlessness ends.

Lawlessness is being romanticized in real-life America these days. The subtleties of this progression are causing a bewilderment in people who once took pride in their simple understanding of right and wrong. A cleansing reset of that understanding is in desperate need. Maybe it will help if we try an exercise in objective contextualizing.

In the not-too-distant past, a subpoena had unwavering meaning and authority. If one was issued by any American entity with authority to issue one, the citizen who received it, appeared in front of that entity. “Subpoena” is an old word with old meaning, from Middle English back to Latin translating to “under penalty.”  The Trump years have turned what once was an inarguable writ to appear into the beginning of an exhaustive and litigious episode of resistance.

U.S. Sen. Lindsey Graham is the most recent character in lawlessness. And of course, why not, Lindsey Graham? He is only the former chairman of the Judiciary Committee of what once was considered the most deliberative body in the world. Now, he is refusing to comply with a subpoena issued in Georgia, with which he is obviously required to comply. And why? Did Graham break a law, or is he just unwilling to honestly answer questions about someone else who likely did?  Either way, this lawlessness is being tolerated by the public for some sad reason.

Graham went a step further in his lawlessness on Sunday night, by saying it once, and doubling down on it a second time on Fox News with this: “If there is a prosecution of Donald Trump for mishandling classified information…there will be riots in the streets.” Yes, that’s a U.S. Senator talking on national television. He’s suggesting violence is a rational response to a prosecution that appears to be near-eminent. It’s a threat.

Imagine for a moment that top secret documents that any American was not authorized to possess were found in their home. Imagine that when they were discovered, multiple federal authorities formally requested that random American return them. Imagine this regular Joe only gave some of them back, and had his lawyers lie about the completeness of the compliance. And then finally, imagine the authorities discovered that he and his legal team lied about it in what appears to be an attempt to continue to illegally possess the documents.

What should the response by the government be?

Now imagine what was being illegally possessed was a pile of cocaine, or an arsenal of terrorist-friendly bombs, or in certain states, evidence of reproductive healthcare being provided to women. Would it matter who possessed such contraband? Or does our culture’s newfound tolerance of selective lawlessness allow for us to first consider who the criminal is instead of what the crime was?

Remember former Rep. Trey Gowdy, a Republican from South Carolina? He was a federal prosecutor before he was elected to congress. He became chairman of the House Oversight Committee, and then he more famously chaired the House Benghazi Committee. He shook things up a little in March of 2018 by making comments, again on Fox News, directed at then-President Trump’s lawyers with this: “If you have an innocent client, act like it.”

South Carolina is an interesting place.

There has not been a single investigation, big or small, when Trump, any of his inner circle, or even his support network, behaved the way innocent people behave. Innocent people comply with subpoenas. Innocent people don’t threaten rioting if things go poorly. Innocent people willingly turn over the contraband on the first, second or even third request.

Guilty people flush the cocaine down the toilet while the feds are descending on the house, the way Henry Hill’s wife did in the movie.

And in this case, the guilty people have U.S. Senators go on national television to threaten civil unrest if the boss is indicted.

Senator Graham, if applying the law to your friend provokes rioting, so be it. Wars have been fought over less. I expect Americans will fight this one with pride.

Michael Leppert is an author, educator and a communication consultant in Indianapolis. He writes about government, politics and culture at MichaelLeppert.com. He wrote this piece for the Indiana Capital-Chronicle, a sibling site of the , where it first appeared.