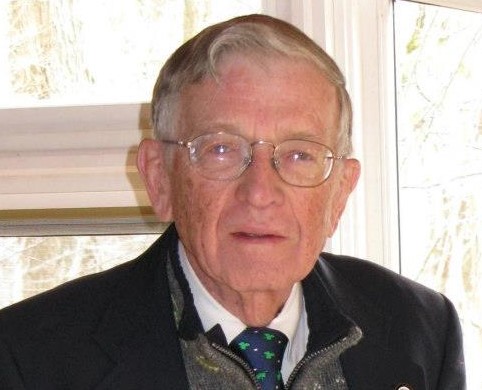 Bill Collins, who served four terms as mayor Norwalk in the 1970s and 1980s, died on July 21 in an automobile accident at Farmington, New Mexico. He was 87 years old.

Collins was born and raised in Norwalk, graduating from Norwalk High School before receiving an accounting degree from Lehigh University and an MBA from Stanford University. Following his studies, he served as a finance officer in the US Army.

Collins served three terms on Norwalk’s Common Council for three terms before he was elected to the Connecticut House of Representatives in 1974. A Democrat representing the 140th House district, he was re-elected in 1976 but stepped away from the state legislature in 1977 to run for mayor of Norwalk. He served two terms before being defeated in the 1981 election by Republican challenger Thomas O’Connor. Collins challenged O’Connor in 1983 and won the election and won another term in 1985.

Outside of politics, Collins founded Minuteman Media, which became OtherWords in 1998. He was also a leading figure in promoting the commercial redevelopment of South Norwalk.

Phil Hall’s writing for Westfair Communications has earned multiple awards from the Connecticut Press Club and the Connecticut Society of Professional Journalists. He is a former United Nations-based reporter for Fairchild Broadcast News and the author of 10 books (including the 2020 release “Moby Dick: The Radio Play” and the upcoming “Jesus Christ Movie Star,” both published by BearManor Media). He is also the host of the SoundCloud podcast “The Online Movie Show,” co-host of the WAPJ-FM talk show “Nutmeg Chatter” and a writer with credits in The New York Times, New York Daily News, Hartford Courant, Wired , The Hill’s Congress Blog, Profit Confidential, The MReport and StockNews.com. Outside of journalism, he is also a horror movie actor – usually playing the creepy villain who gets badly killed at the end of each film.