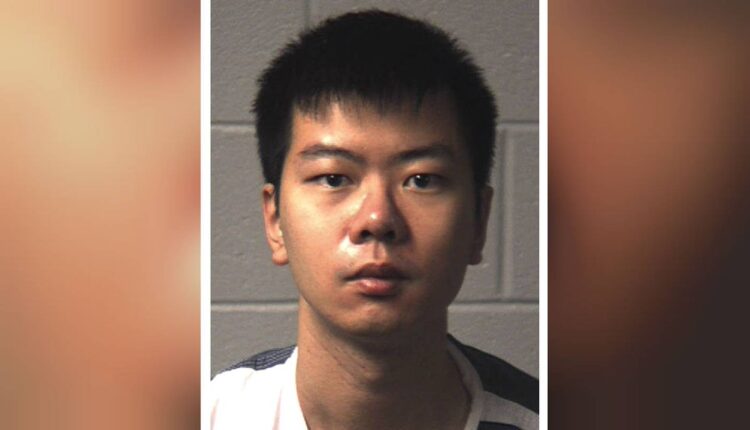 BETHLEHEM, Pa. — A former Lehigh University student has pleaded guilty to poisoning his roommate over the span of several months in 2018.

Yukai Yang, 24, pleaded guilty Monday to the attempted murder of Juwan Royal, according to The Associated Press. Yang is a native of China; Royal is Black.

Yang, whose student visa was revoked after his arrest, faces between six and 20 years in prison at his Jan. 21 sentencing, the AP reported. He is anticipated to face deportation to China.

Testimony at previous hearings and court records indicate that Royal began feeling ill March 18, 2018. He called for help because of dizziness.

The symptoms appeared again later that month when he began vomiting.

The following month, Yang was arrested and charged with damaging Royal’s television and scrawling racist graffiti on his desk. He was charged with ethnic intimidation.

Yang admitted in a May 2018 interview with police that he’d purchased the heavy metal thallium and mixed it into food and drinks in the refrigerator the roommates shared. According to authorities, he claimed he wanted to harm himself if he did poorly on his exams.

The AP reported at the time that Royal’s blood tested positive for thallium. According to the Centers for Disease Control and Prevention, the soft metal, when ingested, affects the nervous system, lungs, heart, liver and kidneys.

The odorless and tasteless metal causes vomiting, diarrhea and hair loss and can be fatal at a dose as low as 1 gram, the CDC reports. Thallium, which was banned as rat poison in 1972 because of accidental overdoses in children, is still used in industrial settings.

Royal testified at a prior hearing that the poisoning left him suffering from headaches, nausea and weight loss, the AP reported.

“Mr. Royal was as somewhat dumbfounded by this as anyone else,” then-Assistant Northampton County District Attorney Abraham Kassis told reporters in 2018. “He believed they had a fairly cordial relationship as roommates.”

As part of his plea deal, the racial intimidation charge against Yang was dismissed.

Climate change is wreaking havoc on our mental health | Opinion

Rob Labritz embraces the journey at US Senior Open Championship