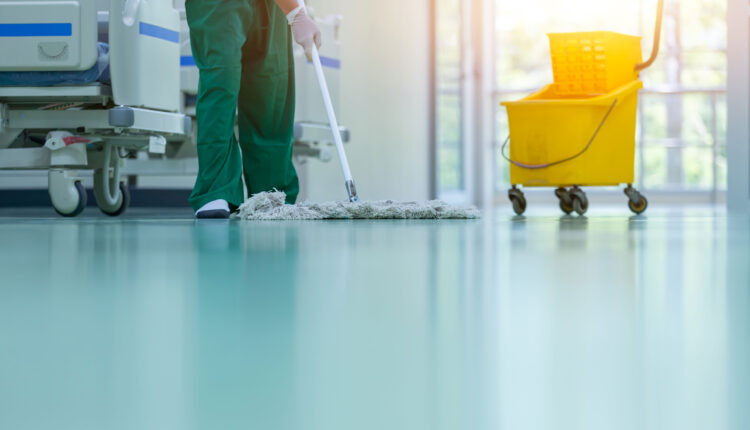 An expensive fight over health worker pay in two Southern California cities appears to have ended in a draw, with each side claiming a victory and a loss.

Inglewood residents were poised to approve a ballot measure that would boost the minimum wage to $25 at private hospitals, psychiatric facilities, and dialysis clinics. The latest vote count showed Measure HC leading 54% to 46%, according to Los Angeles County election officials. In Duarte, roughly 35 miles away, voters were on track to decisively reject a similar proposal, Measure J, 63% to 37%.

The contests were the first ballot-box fight in what seems likely to be a multiyear battle between a powerful labor union and the influential hospital industry. Similar proposals are scheduled to go before voters in Los Angeles, Downey, Long Beach, and Monterey Park in 2024.

Suzanne Jimenez, the union’s political director, said the union still plans to pursue a $25 minimum wage in other cities and, eventually, statewide.

“We’re still moving forward on all fronts,” she said.

George Greene, president of the Hospital Association of Southern California, said in a statement that hospitals support “fair wages” for health workers but that their pay should be discussed at a “state or regional level.”

“Deeply flawed” local ordinances, he said, are “bad policy and the wrong approach.”

The union used Inglewood and Duarte, both in Los Angeles County, as test cases for raising wages, particularly for some of the lowest-paid health facility workers, such as nursing assistants, security guards, and janitors. Because the measures are city ordinances, they wouldn’t apply to state- and county-run medical facilities, just private hospitals and clinics.

Union officials argue that a $25 minimum wage is necessary to retain and attract workers in a sector that has been understaffed and overworked throughout the covid-19 pandemic.

The minimum wage in most of Los Angeles County is $16.04 per hour. But for a single adult with no children, the living wage — the amount that person would need to cover typical expenses such as food, housing, and transportation in the county — is $21.89 hourly, or about $45,500 a year, according to a tool from the Massachusetts Institute of Technology. Occupations such as “healthcare support” generally pay around $33,000 annually in the county, according to the same tool.

Hospitals campaigned heavily against the union’s proposal and argued it would create “unequal pay” for staff at private and public facilities. An analysis commissioned by the California Hospital Association estimated that instituting a $25 minimum wage in the 10 cities originally targeted by the union would have raised costs for private facilities in those communities by $392 million a year, a 6.9% increase.

In Inglewood — a working-class city of about 107,000 people southwest of Los Angeles — Measure HC will apply to Centinela Hospital Medical Center and several for-profit dialysis clinics if it prevails. About 315 employees of the hospital would see their wages rise, according to Jimenez, who said she doesn’t know how many dialysis clinic employees would be affected.

In Duarte, a wealthier suburb of about 21,000 people east of Los Angeles, Measure J would have applied only to City of Hope, a cancer hospital.

Jimenez said the differences between those communities, and their residents’ experiences with the health care system, could account for how the measures fared. She said she noticed that Inglewood voters had more direct experience with Centinela — they may have visited the emergency room or had a baby — than Duarte voters had with City of Hope.

The union has taken two approaches to seeking a $25 minimum wage. It attempted to secure a statewide minimum wage during negotiations with hospitals this year in Sacramento. But the negotiations were complicated by competing hospital and union priorities, and the deal fell apart in August. The union has also pursued a city-by-city strategy, targeting 10 communities in Los Angeles and Orange counties, including Inglewood and Duarte, where internal polling showed minimum wage proposals could pass.

Earlier this year, city councils in Los Angeles, Downey, Monterey Park, and Long Beach adopted $25 minimum-wage ordinances for private facility health workers, but hospitals and health care facilities challenged them, pushing the issue to the 2024 ballot. Meanwhile, the union dropped its effort in Anaheim and failed to gather enough signatures in Culver City, Lynwood, and Baldwin Park to place measures before voters this year.

Both sides spent heavily. According to state campaign finance filings, the union spent about $11 million across all 10 cities from February through the week before the election. Hospitals and health care facilities spent $12 million during the same time frame.

Many labor economists said that the health care workforce deserves higher wages and better working conditions but that increasing the minimum wage could cause ripple effects.

Neighboring towns or facilities that aren’t subject to the new minimum wage and other sectors of the local economy might have to compete for workers, said Joanne Spetz, director of the Philip R. Lee Institute for Health Policy Studies at the University of California-San Francisco. And facilities that increase pay may have to do more with fewer staffers, she said.

“To have a minimum wage that is specific to a limited category of workers, in a limited set of organizations, in a single city is really unusual,” Spetz said. “I cannot think of any other circumstances where this has happened.”

With new leadership in the Pa. Senate, what are lawmakers prioritizing when they return to session?