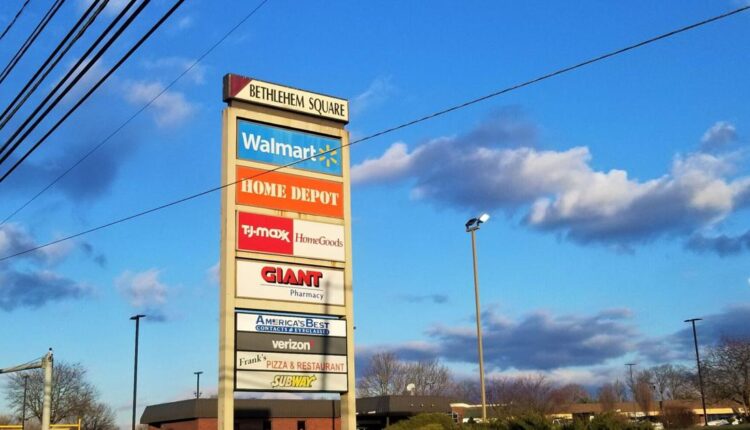 Wingstop, known for its cooked-to-order classic and boneless chicken wings and chicken tenders, is expected to open its newest area location – its third within the past few months – in the first quarter of 2023 in the Bethlehem Square, 3926 Linden St ., Bethlehem Township.

The new eatery, occupying a former Radio Shack space between Giant and Bath & Body Works, is tentatively set to open in mid-February, according to Mike Axiotis, president and CEO of Talon Restaurants LLC, a locally owned and operated Wingstop franchisee.

A Wingstop eatery opened in October on Chestnut Street in Emmaus.

Axiotis is eyeing up other locations in the Lehigh Valley and central Pennsylvania as well, but no deals have been finalized, he said.

Texas-based Wingstop, founded in 1994, operates and franchises more than 1,850 locations worldwide, including other Lehigh Valley outposts on Liberty Street in Allentown and Nazareth Road in Palmer Township.

The chain offers traditional and boneless chicken wings, chicken tenders and chicken sandwiches, all cooked-to-order and hand-sauced and -tossed in your choice of 12 flavors, including popular picks such as lemon pepper, garlic parmesan, mango habanero and original hot.

Other menu highlights include house-made sides such as cajun fried corn and hand-cut, seasoned fries.

The Bethlehem restaurant is tentatively set to operate 11 am to midnight daily, and Axiotis encourages customers to download the Wingstop app to help with speed of service.

Axiotis, a member of the Pennsylvania Restaurant & Lodging Association’s Board of Directors, is no stranger to the region’s restaurant industry.

From Her View in Knoxville, the Health System Is ‘Not Designed for Poor People’