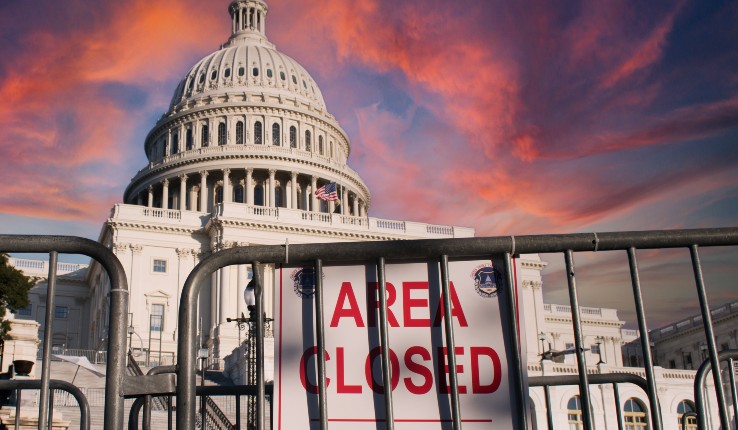 Fascism in America: It’s Happening Here, According to New Book

Anti-Labor policies of the Clinton years, asserts DiMaggio, continued under President Barack Obama’s administration. The Obama era, similar to the 1990s, he writes “…is largely remembered for rising corporate power and inequality.”

DiMaggio details the key role that propaganda has played and continues to play in fueling fascist politics. He points to several “Trojan Horses” responsible for mainstreaming extremist viewpoints such as pundit Alex Jones and outlets including Infowars and Breitbart, which he refers to as “alt-light.”

“This extremism has been building for decades with rightwing media pundits’ embrace of increasingly conspiratorial, authoritarian, racist and xenophobic messages, which has gone unacknowledged for the most part in mainstream political and academic discourse,” he writes.

One chapter details the rise of “Trumpism” and the various movements that coalesced and strengthened during his time as president, such as QAnon and the “Reopen” movement. DiMaggio points to the 2017 “Unite the Right Rally” in Charlottesville, Virginia―when a gathering of White supremacists, neo-Confederates and others who came to Charlottesville to protest the removal of a statue of Confederate General Robert E. Lee resulted in violence and death―as a key moment in the rise of neo-fascist politics, calling it the movement’s “coming out party.”

“Trump refused to clearly condemn the reactionary right, relying on false equivalencies, Orwellian double-talk and romanticization of Confederate politics,” writes DiMaggio. “Hey ‘condemn[ed] in the strongest possible terms’ the ‘egregious display of hatred, bigotry and violence,’ in Charlottesville ‘on many sides,’ thereby drawing a false equivalency between neo-fascists who idealized White supremacy and activists who opposed it.”

DiMaggio also examines the rise of resistance and anti-fascist movements during the Trump era, including Black Lives Matter and the #MeToo movement. He looks at the militant group known as “Antifa,” questioning its lack of transparency as an effective strategy for movement-building and points to alternatives such as Refuse Fascism, an organization that is “…devoted to broader, more encompassing educational efforts that aim to spotlight the threat of a rapidly mainstreaming neofascistic movement….”

In the book’s conclusion, DiMaggio argues that any notion that the “beast had finally been slain” when Trump was defeated in the 2020 election, is “incredibly misplaced.” The Jan 6 insurrection at the nation’s capital and the ongoing perpetuation of a false narrative Biden’s election is illegitimate have set the stage for the movement’s growth, as well as, potentially, the rejection of elections anytime a Democrat is elected, he argues.

The “central challenge moving forward,” he writes, will be fighting “…the underlying commitment to racism, misogyny, xenophobia and neofascistic politics that made Trumpism possible, and the Republican Party’s growing commitment to white supremacy, authoritarianism and its eliminationist attachment to one-party rule, contract to the steady and rising demographic diversification of the nation.”

DiMaggio finds hope that a nascent antifascist movement could continue to grow, though he is realistic about the challenges.

He writes: “Put simply, any effective antifascist movement will not be won with fists in the streets, but by reaching millions of American minds in classrooms and through public political dialogue and discourse. In a country suffering from the sort of mass fascist denial that is pervasive in the United States, and considering the severity of the threat from this rising neofascistic movement, the commitment from antifascists must be even greater and involve a critical mass of educators operating across primary , secondary and collegiate educational institutions, stressing the dangers of rising rightwing extremism to democracy in America.”