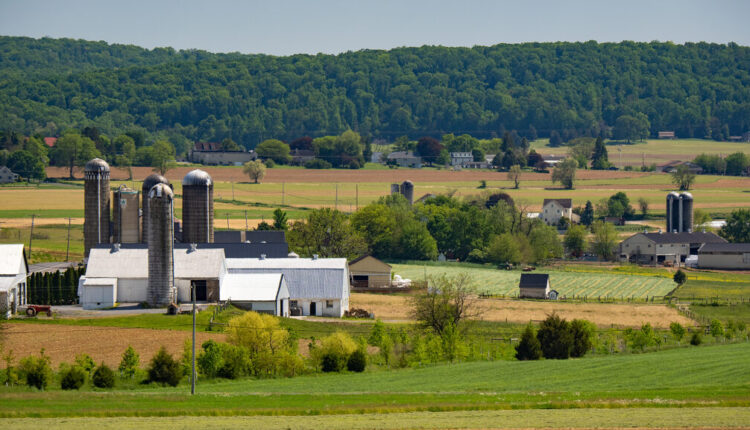 At a House Republican Policy Committee hearing in Lancaster County on Wednesday, state lawmakers heard from farmers and owners of agriculture-adjacent businesses about the challenges they are facing amid record-high inflation and the far-reaching effects of the COVID-19 pandemic.

“I represent a small family-owned meat processing company that is located in Mount Joy, Pennsylvania, and we have been in business since 1965,” Mike Smucker, president of Smucker’s Meats, said, adding that inflation has increased the cost of ingredients and packaging supplies for his business, as well as caused a building project to be put on hold.

“The cost of goods for the services that we provide have increased on average around 15 percent over the past 12 months,” Smucker said.

To combat the rising costs, Smucker said his business has had to get creative and find ways to be more efficient, including by decreasing company waste and researching market pricing.

Another hurdle shared with the committee was the difficulty of getting and retaining employees.

A component of the Pennsylvania Farm Bill, created in 2019, the commonwealth currently has opportunities known as “earn-while-you-learn apprenticeships,” which, according to the state Department of Agriculture, provide employers with the skilled workers they need to operate increasingly computer-driven equipment, while also connecting high school students and recent grads with paid training at equipment dealers so they learn to service high-tech farm equipment.

When asked by state lawmakers if he had any recommendations that might help address staffing issues, Smucker suggested creating a better pathway for formerly incarcerated people in Pennsylvania to find work in the agriculture industry.

“A solution to our labor problem would be creating better initiatives for those who have been or will be released from incarceration,” Smucker said. “While these suggestions may not seem like a direct cure to inflation, my belief is that we can best address problems by addressing issues that are a few steps removed from the actual problem and address core issues at the heart of an issue. Access to jobs by underprivileged or underserved segments of our communities is a place to start addressing some of the core issues.”

He continued: “In the past, we have seen some of the hardest working people come out of incarceration, and [they] need to make a fresh start with a desire to prove themselves.“I believe a true path to rehabilitation is providing opportunities for work that build on self-respect and the simple satisfaction of completing a hard day’s work.”

Heather Lewis, a first-generation farmer also based in Lancaster County, said the uncertainty of the future is a stressor for her and her husband Mike, who have seen a 25 percent increase to their crop input (such as fertilizers and pesticides) investment due to inflation.

Lewis said that while she is grateful that her children are learning hard lessons about the realities of farming, she often feels stressed to find a balance between providing for their future at the farm and mitigating financial risk now by tightening purse strings.

“I’m glad that they are here, learning these lessons now, and getting ready for future opportunities,” Lewis said of her children. “They need to know that tightening things now will hopefully bring opportunities later.”

Beam explained the sticker shock he felt when he recently went to a John Deere location to buy new equipment and found prices had increased by 25 percent.

Similarly, Beam said ordering parts to fix existing equipment has become expensive and less of an option, with wait times being up to six months for new parts due to ongoing supply chain issues.

Beam said that an employee shared with him that while the company usually has one price increase per year, it had already implemented three price increases in 2022.