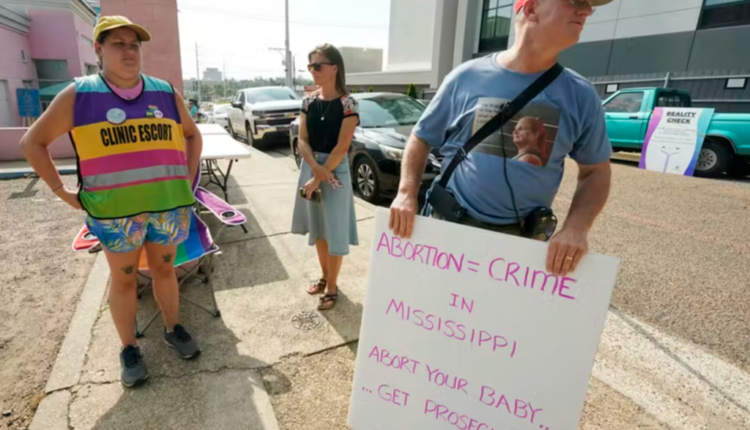 Employers looking for ways to support their workers seeking abortions in states where it’s now illegal or soon will be don’t have it easy.

From an employer’s standpoint, abortion is considered a type of health care benefit – and the rules that apply to that benefit are shifting rapidly from state to state. Abortion is also a political flashpoint guaranteed to produce controversy. And the problem is not going away anytime soon.

Some companies are vowing to cover the cost of traveling out of state to get the procedure where it is still legal. Others are emphasizing that their insurance plans explicitly cover abortions.

As a legal scholar specializing in employment law, I believe there’s also a third option that may not be as generous but is less likely to run into legal problems – and will help more workers, especially those with low incomes.

Although most women seeking an abortion pay for the procedure out of pocket, some companies cover abortion in their health plans. In a recent statement, for example, Uber touted that its employee health plan includes abortion costs. And employers in a handful of states such as California and New York are required to include abortion in any health plan they offer.

However, other states outlaw health coverage for abortion under state insurance laws. Even before the recent Supreme Court abortion decision, 11 states including North Dakota and Texas had already prohibited or limited private insurance from paying for the procedure.

Companies that fund their own health benefit plan may be in a better position to avoid restrictions in state insurance laws. But switching to a self-funded plan is unaffordable for most small or medium-sized businesses. And self-funding may not protect companies if states decide to criminalize abortion.

In other words, companies do not have a lot of room to maneuver when it comes to covering abortions in states that are determined to prohibit the procedure.

Patients can expect to spend around $500-$600 on a first-trimester abortion (AP Photo/Rebecca Blackwell).

Microsoft, Citigroup and at least 50 other U.S. companies have pledged in recent weeks to reimburse workers for travel expenses associated with out-of-state medical care, including abortion.

Kroger and Dick’s Sporting Goods, for example, offered employees up to $4,000 to cover such expenses, while Zillow said it would reimburse up to $7,500 when travel is required for abortion or certain other medical procedures.

Nevertheless, I suspect many companies may shy away from adopting similar policies. A survey in early June found that only 14% of companies already had a policy in place to reimburse abortion-related travel expenses, while another 25% said they were considering it.

Although those numbers could grow, leading law firms have cautioned that such policies could create legal risks similar to those involved in covering health care costs.

Anti-abortion states could even directly prohibit travel reimbursement for out-of-state abortions. Texas lawmakers, for example, are already threatening to pass a law that would “bar companies from doing business in Texas if they pay for residents of the state to receive abortions elsewhere.”

And while there are reasons to believe interstate travel would be constitutionally protected, any ensuing litigation would take years to resolve.

As a result, many companies may simply decide against offering abortion travel benefits to workers in states where the procedure is banned. 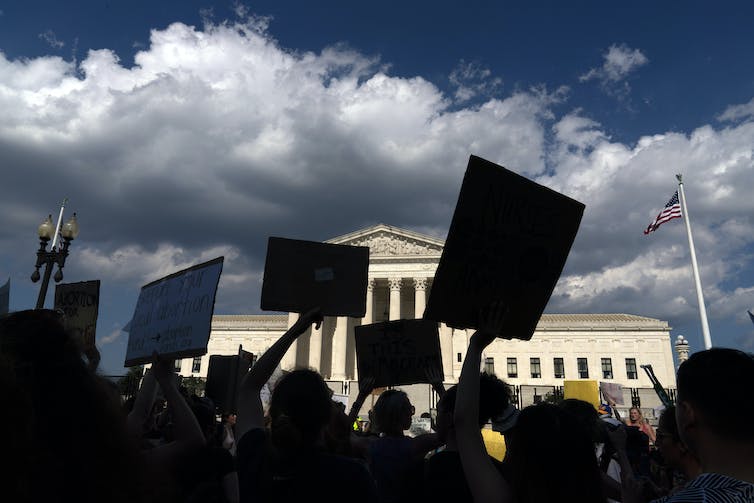 A simpler solution that helps everyone

This doesn’t mean that companies are completely powerless to help workers in an anti-abortion state.

Workers who need to drive hundreds of miles for care unavailable in their state will – at a minimum – need time off work. And while most workers have some access to paid leave, those benefits are predominantly available to high-wage earners. By contrast, roughly half of workers on the low end of the wage scale lack paid sick leave or vacation time.

These workers are left in an impossible position if they need to travel for an abortion. They generally aren’t even entitled to unpaid time off, unless they are covered by the Family and Medical Leave Act and their condition qualifies as a “serious health condition.” Instead, they are left to cajole co-workers to cover their shifts and hope managers cut them a break.

And every hour a worker without vacation or sick leave spends driving to another state for medical care is an hour they aren’t being paid. An employee making $15 an hour who loses a week of work for an out-of-state abortion stands to forgo as much money as the cost of the procedure itself. In other words, the workers who can least afford to forgo wages for an abortion are most likely to be put in that position.

If companies are reluctant or unable to pay for travel expenses – or the procedure itself – they can at least pay workers for the time they are away from work.

Expanding sick leave and vacation leave to a broader swath of workers may also avoid some of the pitfalls of other corporate interventions. Even if state legislatures pass draconian laws such as the Texas law that prohibits “aiding and abetting,” companies rarely know exactly how workers spend their time off – particularly when it comes to vacation time. It’s harder then to pin liability on the employer.

For the same reason, sick leave and vacation policies also provide workers with a measure of privacy. Unlike policies involving travel or health benefits, employees can often avail themselves of time off without providing receipts or documentation.

Finally, a quiet expansion of the company’s paid time off enables employers to help women without attracting controversy. Companies are already nervous about abortion-related discussions at work. They may not want to generate more internal conflict at a time when partisan rancor is at a fever pitch.

And while expanding paid time off may not seem like a lot, it would be one less hurdle for women experiencing nothing but hurdles.

Elizabeth C. Tippett is an associate law professor at the University of Oregon. She wrote this piece for The Conversation, where it first appeared.