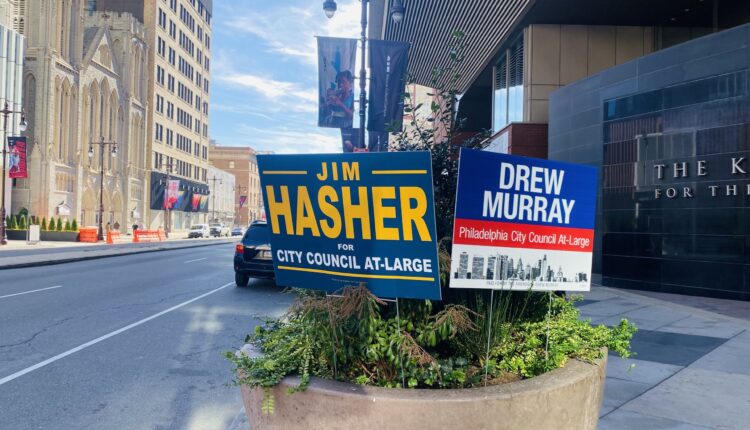 With control of Congress and statehouses at stake, voters across the nation headed to the polls on Election Day 2022. That was after more than 42 million people had already voted early or by mail. The Conversation asked four scholars to give us their initial observations on the voting, in an election whose outcome may be be determined by voters’ concerns about the economy and democracy – and whose full results will take days to know.

What really influences an election

When people talk about elections, they frequently focus on how issues and events, as well as candidates’ attributes, affect who wins and loses: “He’s such a wooden speaker!” “She’s soft on crime!” However, the most important factors influencing elections are mostly out of candidates’ control.

Political insiders and scholars call these “the fundamentals”: the state of the economy and the approval rating of the president. Together, they set the stage for everything else that happens in an election.

In 2022, the fundamentals have been running pretty strongly in Republicans’ favor. First, President Joe Biden is a Democrat and pretty unpopular, with approval ratings in the low 40s. Second, even though the economy is pretty healthy by some measures, with unemployment under 4%, most headlines are focused on high inflation. When you combine an unpopular president with a shaky economy, it’s a recipe for the president’s party – this year, the Democrats – to do poorly at the polls.

Even when two candidates of the same party run in the same state and one does better than the other, systematic factors, not their positions or campaign strategies, usually explain the difference. For example, in Georgia, where I live and teach political science at Georgia State University, Democrats Stacey Abrams and Raphael Warnock are running for governor and U.S. senator, respectively. The results aren’t in yet, but polls point to Warnock doing significantly better in his race than Abrams in hers. Assuming that bears out, what’s the reason behind the difference? 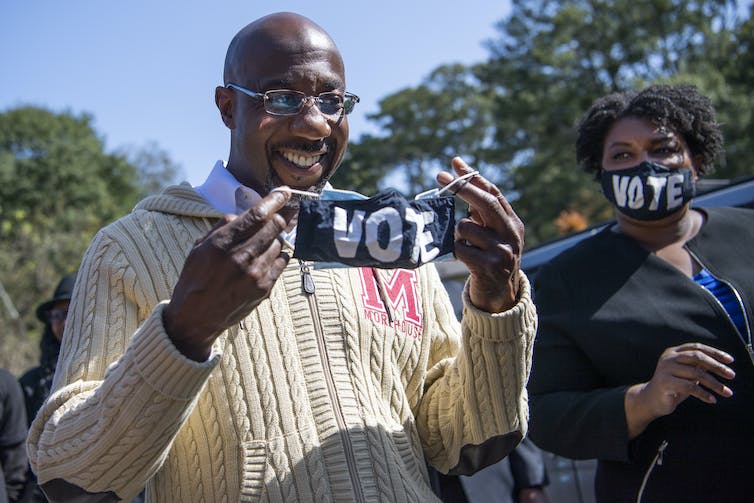 It’s not because Warnock ran a good campaign and Abrams didn’t. Rather, three factors are helping Warnock but not Abrams, and all three are out of their control.

First, Warnock is an incumbent, while Abrams is a challenger; incumbents fare better than challengers. Second, Warnock’s opponent, Herschel Walker, is beset by a number of high-profile scandals; Abrams’ opponent, Republican Gov. Brian Kemp, has kept clear of any major financial or personal problems. Third, the fact that Abrams is a woman makes a difference; for a number of reasons, women face more difficult electoral environments. Factors like voter stereotypes and increased media scrutiny result in female candidates’ getting about 3 percentage points less than similar male candidates.

Most of the time, the story lines voters tend to focus on – the issues that are important to us or the candidates we love or hate – have much less influence over the outcomes of elections than many give them credit for. 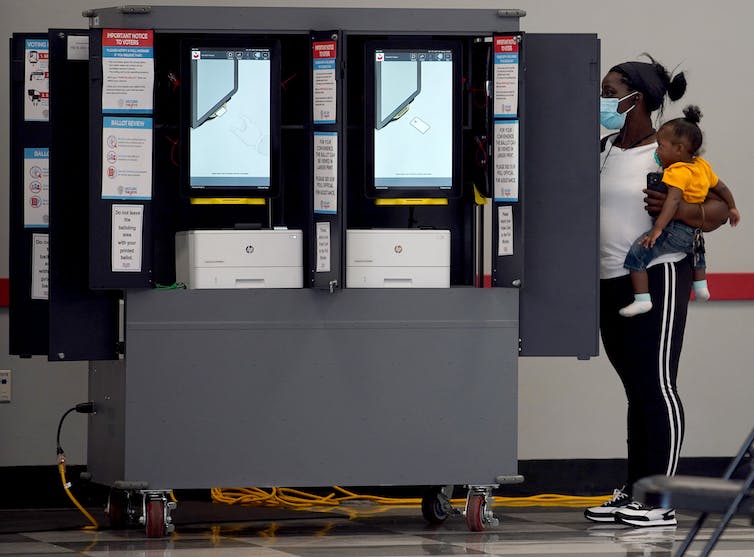 A voter casts her ballot on Nov. 8, 2022, in Atlanta (Tami Chappell/AFP via Getty Images). 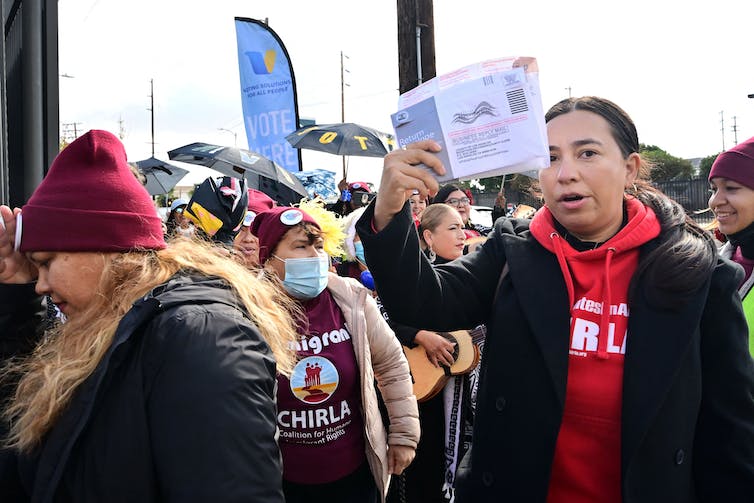 A voter displays a ballot when arriving at a voting center in Los Angeles on Nov. 8, 2022 (Frederic J. Brown/AFP via Getty Images).

Days before this year’s midterm election, news broke of challenges to thousands of mail-in ballots in state races that may determine control of the U.S. Congress.

In Pennsylvania, the state Supreme Court ruled election officials should not count mail ballots missing a date on the outer envelope. And a judge blocked a request from the Republican nominee for secretary of state in Michigan, Kristina Karamo, that most absentee ballots be thrown out.

These challenges to mail-in voting are echoes of long-simmering election concerns that boiled over during the contentious, COVID-19-tinged 2020 presidential election. The 2022 election cycle featured a continuation of misinformation about the security of mail-in voting and the integrity of ballot counts that take several days.

It is true mail ballots are more likely to be rejected because the additional steps voters need to take to cast a ballot create more potential for mistakes. But that is the result of measures that protect against fraud, not evidence of it. Some states like California, Florida and Illinois allow for the “preprocessing” of ballots before Election Day to ready the ballot for counting, including verifying voter eligibility. But many states do not allow this process to begin until Election Day, which means counting may last a few days, including in states with key Senate races like Pennsylvania and Georgia.

At least in some states, voters whose mailed ballots are rejected have some time to “cure” or correct administrative errors in their submissions. This may mean the results of key races cannot be completely counted for some time after the election.

In many states, however, voters are not given the opportunity to correct errors. That’s true in Wisconsin, where Republicans recently won a court ruling preventing some mail ballots from being counted when the witness address is not complete. And in other states, like Pennsylvania, the legal process for fixing errors is unclear.

Our research shows that many problems with mail ballots can be mitigated ahead of time if election officials communicate effectively with their constituents about voting by mail. Voters whose election officials make more efforts to teach people the proper procedure make fewer mistakes that lead to ballot rejection.

For many Black and Latino voters, the 2022 midterm elections have been remarkable for what did not happen. Threats of voter intimidation appeared overblown, and attempts to suppress Black and Latino turnout didn’t seem to work – at least not that we know of as polls closed on Election Day.

Misinformation that targets minority voters is nothing new. But a rash of new state election laws triggered widespread anxiety among civil rights advocates over the potential consequences for showing up at the polls.

Yet, as in every other election since the adoption of the Voting Rights Act of 1965, Black and Latino voters overcame real and perceived efforts to suppress their increasing ability to affect the results of local, state and federal elections. 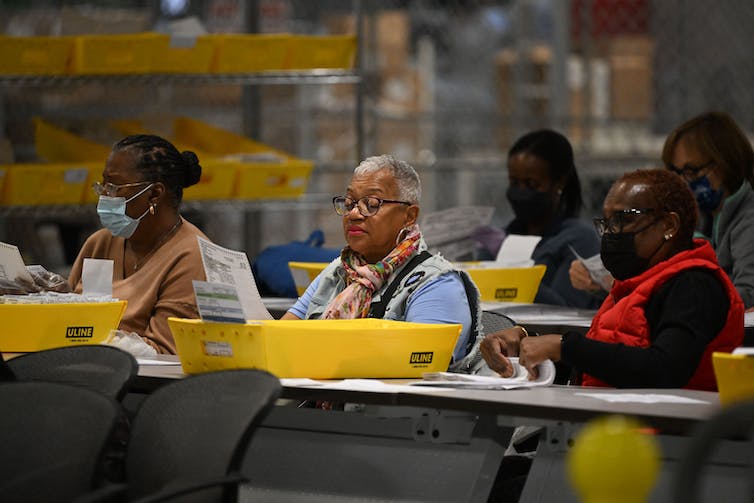 Poll workers process ballots at an elections warehouse outside of Philadelphia on Nov. 8, 2022 (Ed Jones/AFP via Getty Images).

In important ways, the 2022 election season has deviated from historic, often violent discrimination against minority voters exercising their citizenship rights guaranteed under the 15th Amendment to the U.S. Constitution.

Instead of the white supremacists of the past striking fear among minority voters, the fear during this 2022 midterms was the possible chaos dozens of new state election laws could create for minority voters. Those new laws were passed as a result of former President Donald Trump’s conspiracy theories that he lost the 2020 election because of widespread fraud. Trump’s widely disproved theories led several states to enact new election laws that many civil rights activists and Democrats argued were attempts to suppress the minority vote.

The problem with the 2020 presidential election was not widespread fraud, but rather the way some people reacted to widespread voting by Black and brown Americans for Joe Biden. It was more than coincidental that GOP challenges in 2020 were made in cities with significant numbers of Black and Latino voters, such as Detroit and Philadelphia.

Although it is too early to estimate actual voting turnout numbers, Black and Latino voters have cast their ballots regardless of perceived voter suppression laws or intimidation.

In an election in which the threats appeared different from those of the past and the prospects of democratic backsliding greater than ever, Black and Latino voters proved their resilience, with turnout numbers expected to match or exceed that of the last midterm election.

A nurse writes to hospital executives: ‘All I’ve ever wanted to be was a nurse’