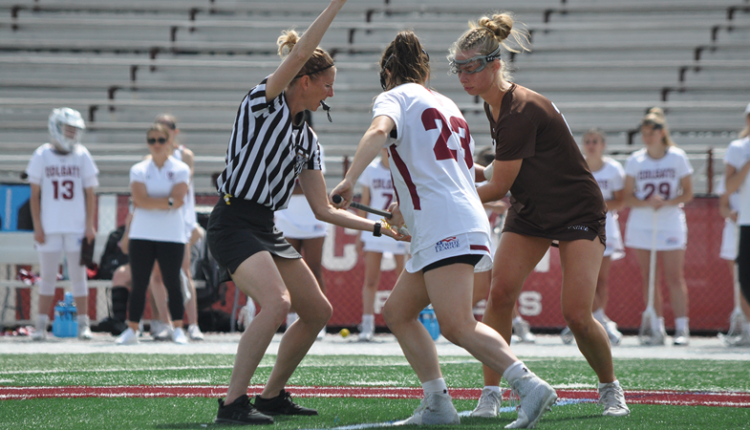 Eberhardt recorded four goals, one assist and seven draws in Lehigh’s big 11-9 win over American. She tallied two goals and an assist as part of Lehigh’s 5-0 run to turn a 7-6 fourth-quarter deficit into an 11-7 lead. On Thursday at Colgate, Eberhardt recorded three goals (her fifth straight hat trick), one assist and five draw controls. For the season, following Sunday’s Patriot League Quarterfinal victory, she owns 43 goals, 21 assists and 80 draw controls.

The Mountain Hawks return to the field on Thursday when they travel to No. 7 Loyola to face the Greyhounds in the Patriot League Semifinals. Gametime is set for 3 pm on ESPN+.