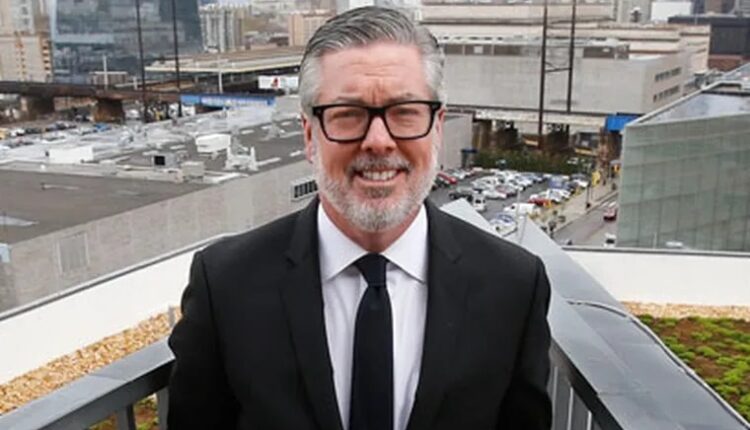 At a time when many college presidents in the region are turning over, here’s one who’s staying: John A. Fry will lead Drexel University for another five years under a contract extension approved unanimously by the board Wednesday.

Fry, who became Drexel’s president in 2010, had one more year in his current contract; the new pact will take him through June 2028.

Drexel, a private university, did not release salary or contract terms. Fry earned $1.2 million in total compensation in 2019, the most recent year available, placing him 48th among 252 private college presidents, according to The Chronicle of Higher Education. That includes a base pay of $830,666.

» READ MORE: Drexel came through the pandemic better than expected. Now president John Fry is contemplating his next step.

The university announced Fry’s contract extension Thursday, the same week as the Philadelphia Orphans’ Court approved a plan to transfer ownership of the collection of the Philadelphia History Museum to Drexel.

“President Fry has implemented a dynamic vision for how an urban university can attract and inspire excellent students, conduct pathbreaking research and serve the surrounding neighborhood,” board chair Richard Greenawalt said in a message to the campus community. “He continues to transform the university, while also navigating the university through a pandemic, creating a more inclusive institution and confronting the many challenges of the rapidly changing higher education landscape.”

Fry is as much an urban planner as he is a college president, setting in motion economic development projects to upgrade the university’s neighborhood. He partnered with Brandywine Realty Trust to launch the multibillion-dollar project to turn parking lots and industrial buildings between Drexel’s campus and 30th Street Station into a neighborhood of businesses, retailers, parks, and residential towers, called Schuylkill Yards. He launched a center for neighborhood partnerships and a school of entrepreneurship.

» READ MORE: A new president at Lafayette adds to a flurry of leadership changes

He also upgraded Drexel’s campus, once named the nation’s ugliest, and in partnership with the Philadelphia School District, opened a new building near campus to house two public schools. In December, the university announced that Spark Therapeutics, a Philadelphia-based gene therapy company, would spend $575 million for a laboratory and manufacturing center on Drexel’s campus.

Fry also boosted fundraising, Greenawalt said, including bringing in two major gifts, one from Thomas R. Kline for the Kline School of Law and $45 million from Dana and David Dornsife for the Dornsife School of Public Health. The university’s most recent fundraising campaign, launched in 2017, exceeded its $750 million goal, the university said.

And early in his tenure, Fry negotiated Drexel’s affiliation with the Academy of Natural Sciences; together, the two have a combined endowment of about $960 million.

Fry, a native of New York who has a bachelor’s degree from Lafayette College and an MBA from New York University’s Stern School of Business, told the Inquirer last July that 2021-22 could be his last full year at Drexel.

“The art of this game is you don’t overstay your welcome,” he said at that time. “I’m starting my 12th year. I’ll finish that out and who knows beyond that, but not a whole lot more. It’s time for the natural cycle of change.”

“It has been my privilege to lead an institution with such outstanding students and alumni, talented faculty, dedicated professional staff and a supportive and generous Board of Trustees,” he said in a statement included in the announcement.

The new contract will make him one of the longest-serving college presidents in Philadelphia. If he stays through his contract, he would have 18 years — the same length as former University of Pennsylvania President Amy Gutmann, who left earlier this year to become the US ambassador to Germany.

Fry will have far more years at the helm than any current city college president.

In addition to Penn, Temple, La Salle, St. Joseph’s, Moore College of Art & Design, Holy Family, University of the Sciences, Thomas Jefferson University and Chestnut Hill College all have seen new presidents come or announcements for their presidents to depart in the last year Two who have been around longer are David Yager, president of the University of the Arts, who has served since 2016, and Donald Guy Generals, who has been at the Community College of Philadelphia since 2014.

The change in city college presidents is part of a larger turnover. Other area colleges that have seen changes or are expecting a change in the top post in the last year include Pennsylvania State University, Ursinus College, Delaware Valley University, Lafayette College, Lehigh University and Dickinson College.