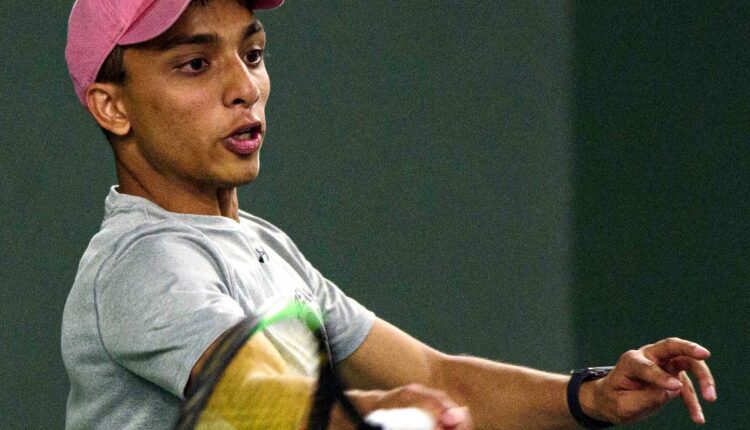 While there were no major upsets in the first round of play, numerous battles followed in the quarterfinals.

The Eastern Pennsylvania Conference had five quarterfinal winners in 2A and 3A combined, while the Colonial League locked down the other three semifinal spots.

The semifinals in both classifications are set for 11:30 am Wednesday at Parkland High School, with the finals to follow later that day at the Trojans’ home court.

Every match was decided in straight sets on Day 1 of the 2A tournament. That’s 12 routine matches, as the two-time winners look ahead to the semifinals.

The sole upset of the quarters, although it was a slight one, came from No. 5 seeded Gavin Andreeko-Dylan Beleno of Bangor picked off No. 4 seeded Jake Zeller-Dan Patruno of Central Catholic, 6-4, 6-4.

After winning in a walk-over in the first round, Andreeko-Beleno brought with them a high level of play in their impressive win over the Vikings. The Slaters will head into the semifinals with a full head of steam as they look to continue to represent the Colonial League well.

The next task doesn’t get any easier for Andreeko-Beleno, as they take on top-seeded Will Menichelli-Ford Koch of Moravian Academy in the semifinals.

The motivated Lion duo was dominant in their first two rounds, culminating in a 6-1, 6-2 quarterfinal victory over No. 8 Lucas Anmolsingh-Ryan Miller of Notre Dame-Green Pond.

On the bottom of the 2A bracket, the defending runner-up squad of Armaan Makwana-Anthony Barczynski of Bethlehem Catholic put together a solid first day and won with relative ease.

Makwana-Barczynski, seeded third, ran away with a 6-2, 6-0 victory over unseeded JT Gockel-Justin Kim of Blue Mountain in the quarterfinals.

The Golden Hawks will meet a familiar opponent in the semifinals, when they square off with second-seeded Tim Spinosa-Charles Long of Central Catholic.

Spinosa was part of a doubles team that won last year’s event, knocking off Makwana-Barczynski in the finals.

On Monday, Spinosa-Long advanced to the semifinals with two victories, including a 6-4, 6-1 win over No. 7 Aaron Miller-Daniel Cokrlija of Lehighton.

Three of the four quarterfinal matchups in 3A went to a third set, but the seeds held strong.

Coming off a district team title last week, Liberty’s top two players carried that momentum into the doubles tournament. Brothers Shayaan and Roman Farhad won a pair of matches, including a lengthy battle in the quarters, to advance to the second day.

The Farhads, seeded second, came back from a first set shutout loss to claim the final two sets over No. 7 Josh Thomas-Lucas Lee of Parkland, 0-6, 7-6 (6) 7-5 in perhaps the most entertaining quarterfinal of the tournament.

The Hurricane duo advances to the semifinals, where they will take on Stroudsburg’s John Willis-Jackson Kozma, who also came back for a quarterfinal triumph.

After a straight-set win in the first round, Willis-Kozma, the third seed, fell decidedly in the first set of their quarterfinal to No. 6 Arun Chhugani-Gavin Labaddia of Freedom at 6-1. But the Mountaineers buckled down to take sets two and three, 6-0, 6-3.

No. 4 Spencer Goodman-Harrison Clark of Southern Lehigh found themselves in another quarterfinal round battle. The Spartans lost in a second-set tiebreaker to No. 5 Eddy Chow-Nick Stone of Emmaus, but halted the Green Hornets’ rally by capturing the third set at 6-2.

In the semifinals, Goodman-Clark will meet Parkland’s Dan Zolotarev-Fyodor D’Souza, who only dropped two total games in their first two matches.

It was a grand return to the court for D’Souza after missing all of the district team tournament last week. Partner Zolotarev is hitting his stride, as the tandem took down Liberty’s Gavin Evans Gartley-Sid Tekumalla in the quarterfinals, 6-0, 6-2.