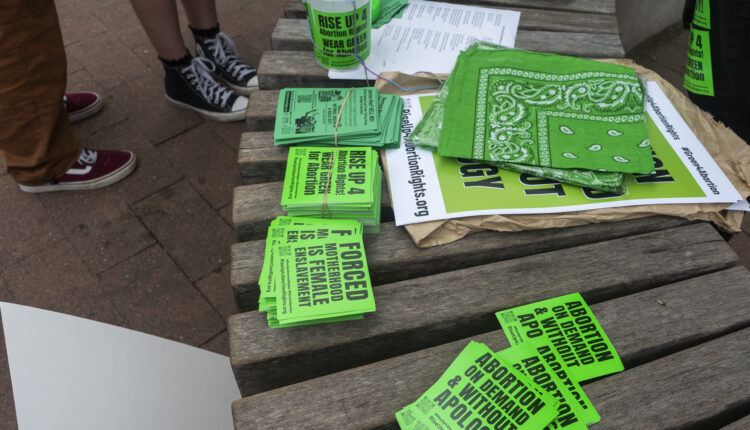 Does the end of Roe mean the end of the anti-abortion movement? | Bruce Ledewitz

For some time, I have been a contributor to Democrats for Life, an anti-abortion group that advocates “whole life” options for pregnant people, and supports the election of anti-abortion Democratic Party candidates, in some places the best general election option for the party.

In this way, I expressed my beliefs that life begins at conception and that abortion is an issue best left to the people of each state to decide.

I broke with the group over its support Texas’s so-called  “heartbeat” law, which banned abortion at around six weeks of pregnancy through private enforcement. That law violated Roe v. Wade’s protection of abortion rights and I could not stand such an affront to the rule of law.

Now that Roe has been overruled, you might expect that I would return to supporting Democrats for Life. But I doubt that I will.

My reaction, and those of people like me, may spell the end of the anti-abortion movement as a dominant feature of American public life.

I never agreed with all of the positions of the group, but because Roe was the law, the positions I disagreed with could not be put into effect. Now, with Roe gone, I have to decide what I believe the law of abortion actually ought to be.

But that is not going to happen. In Pennsylvania this coming November, I will be voting on the future of abortion rights in a close election. If Democrat Josh Shapiro is elected governor, he will veto any change in Pennsylvania’s current law, which generally allows abortion up to 24 weeks of pregnancy. On the other hand, Republican nominee Doug Mastriano will sign any new abortion law, no matter how restrictive.

So, what do I think the law of abortion ought to be?

Politics is often a matter of compromise. Yes, I believe that life begins at conception and I find the idea of a late-term abortion indistinguishable from infanticide.

On the other hand, at early stages of development, life in the womb is just not a baby.

Plus, the sexism of this society — and really that of almost every culture in human history — means that the consequences of an unplanned pregnancy usually fall on the woman. All too often, the man will go on with his education or career, while the woman, especially if unmarried, will end up working to support the child.

That kind of injustice ensures that abortions will continue to happen no matter what the law says. The illegal abortions that are inevitable will endanger women.

These considerations lead me, at least, to the position advocated on the U.S. Supreme Court by Chief Justice John Roberts, who did not join the decision to overrule Roe. Roberts only voted to uphold the Mississippi ban on abortions after 15 weeks because he felt 15 weeks provided a “reasonable opportunity” for every pregnant woman to choose a legal and safe abortion.

That seems to me the right approach. After that reasonable opportunity, abortion can be banned except for serious threats to the health of the mother.

At the same time, all the statutory detritus of the abortion struggle that harassed pregnant women—waiting periods, ultrasound tests, lectures—should go. Also, the absurdity of current anti-abortion statutes that punish everyone but the mother, should also go. If we are unwilling to put pregnant women in jail, we should not be doing that to nurses or doctors either.

In some states, my position is far too restrictive to achieve majority support. But I believe it represents the majority in even the most conservative red states.

We don’t know how voters might respond to a more moderate anti-abortion alternative.

Now that Roe is overturned, it seems unlikely that Democrats for Life will compromise and support laws similar to the Mississippi statute. If they do, then I will continue to support the group. If, instead, they work for absolute bans on abortion, then voters like me will have to find an alternative to express a more moderate anti-abortion stance.

Right now, that more moderate position has no political home. Republican legislators generally advocate abortion bans while many Democrats would allow even late-term abortions on vague and broad grounds.

But that political context is actually the result of Roe’s previous protection of the right to abortion. While Roe was the law, Republicans could engage in a fantasy world of performance abortion politics that until recently had only marginal effects. In turn, Democrats could run against those harsh policy proposals without debating less restrictive abortion limits.

Now the world is very different. Abortion will still be available in many states, and the right to travel to those states to procure an abortion will still be constitutionally protected. But that possibility is not going to work for all pregnant people, many of whom will now lack any abortion option at all.

Under these circumstances, abortion proponents in some states may well support something like the Mississippi law as a compromise.

‘This will give us data that we have never received’: Group of residents say air samplers will reveal impact of trucks, warehouses | Lehigh Valley Regional News