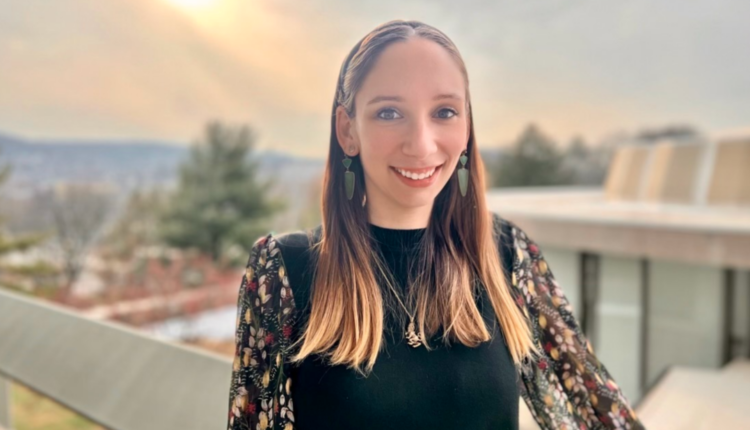 Up until the beginning of this year, Janine Carambot Santoro worked in the South Bethlehem public library network for over six years. Here, she helped residents who were struggling with unemployment and facing homelessness.

Reynolds said Bethlehem is the first city in the Lehigh Valley to have this position. Santoro is tasked with looking at government initiatives through the lens of equality for Bethlehem residents.

Sara Satullo, Bethlehem’s deputy director of community development, said this role was created with a vision of making a more equitable Bethlehem — one that doesn’t leave any citizen behind.

Satullo said Santoro is tasked with working alongside the mayor to make strides on an equity front.

“Are we making sure it is accessible to people of all different abilities and languages?” Satullo said. “Those are things I don’t think — prior to the creation of this role — there was capacity within city hall to handle.”

Satullo said she and Santoro ask questions about how culturally sensitive government operations are.

Satullo described Santoro as deeply rooted and beloved in the Bethlehem community.

“She is always bringing wonderful, thoughtful perspectives to the table,” Satullo said. “She is also a pastor, she has had extensive training in having really difficult conversations in kind and productive ways. She is very good at bringing up things that might be hard for people to hear in a way they remain receptive to hearing it, and we can move towards a solution.”

Santoro said she uses her experiences as a chaplain to integrate the community through the local government.

Santoro previously worked at the South Side Branch of the Bethlehem Area Public Library as the branch adult services technician.

“I think a lot of people have the perception that libraries are the place where you just check in and out books, but the truth is librarians and library employees meet the community exactly where they are,” Santoro said.

Santoro said when people talk about homelessness, they are talking about the people who walk down Fourth Street to the library, people who she would work with throughout the week.

“Everything stems from there,” Santoro said. “We want to determine what capacity we have to do things with the community and how we can have authentic engagement with them. How do we be open and transparent, and how do we balance priorities?”

Through creating equity plans for the city of Bethlehem, looking at broadband plans and working on building a permanent homeless shelter, Santoro said she is hoping to make strides toward a more inclusive city.

Santoro said the current administration asks themselves, “How do we fill in the gaps of access, and how can we create tangible steps, week by week, to overcome some historical hurt and perception that what we do isn’t accessible and that we are not involved in the community?”

Satullo said between Mayor Reynolds’ vision for the city and the American Rescue Plan funds, there will be systemic investments made.

The American Rescue Plan Act was passed in 2021, and awarded Bethlehem $34 million. The current administration is working on allocating these funds for future development.

Donald Outing, Lehigh’s vice president for Equity and Community, said it is necessary to have someone charged with social capital in Santoro’s position, supporting community members and making sure they feel a sense of belonging.

Outing said it is important to maintain relationships with the Bethlehem community.

He said through members of the community, Lehigh University and Bethlehem are linked intrinsically. He said the two entities have a mutual respect and understanding for each other and both share missions to support all community members.

“You need some level of strategic expertise to do that, to look over that area for you,” Outing said. “That’s what a really good diversity inclusion and equity practitioner will do for you, and that is what I think (Santoro) will provide to the mayor as well. We want to look at not just how we can improve but also where there are gaps that we need to focus on.”