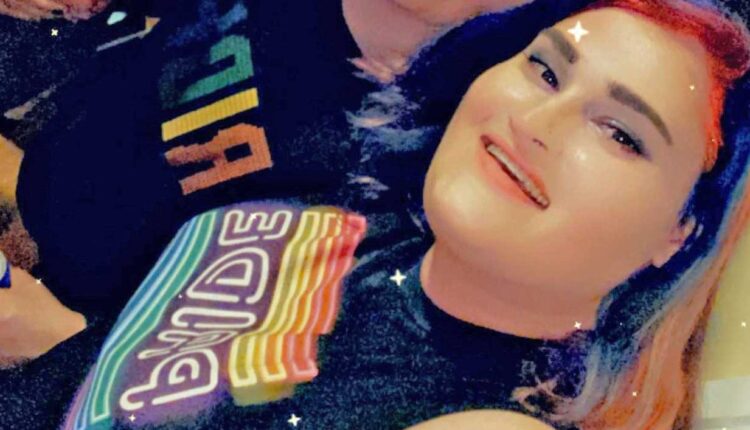 Peyton Udell came out five years ago. Coming out is challenging for many, but for Udell, a 29-year-old cosmetologist who makes her home in Wynnewood, coming out as a transgender woman was met with the additional challenges of being on the autism spectrum.

“I first discovered I was trans when I was 13,” Udell shared, “when I heard “Rebel Rebel” by David Bowie on the radio, and also “Lola” by The Kinks. And not long after I was put on Abilify. It numbed me and pushed me deeper into the closet. I don’t think it’s a coincidence that I came out as I was weaning off Abilify and Zoloft.”

Udell started out as a student at West Chester University. But, commuting from home proved challenging for her. Ultimately, as she wished to live on her own, she left her college courses and entered the JEVS Independence Network Program. Her mother found the program for her, at a time when Udell felt she had “hit rock bottom.”

The Jewish Employment and Vocational Service (JEVS) began in 1941 by 25 founders who sought to assist refugees establish new lives in the United States. But that mission eventually changed to “help people of all races and religions” find success.

For the past decade they have helped those with developmental disabilities and live successfully on their own. Their multifaceted services serve those aged 20 to 34 years old.

“JEVS offers individualized support to build skills, schedules regular apartment visits to monitor health and safety and to share strategies for long-term success, offers employment services, develops a monthly calendar packed with activities and opportunities for members to interact socially and with their community, and maintains a 24-hour on-call support service to address emergencies,” Justin Windheim, who works with JEVS through his role at Aloysius, Butler, and Clark, a Philadelphia advertising agency, told the Philadelphia Gay News. “The participants find apartments in these public transit-friendly towns, and oftentimes find jobs close by as well.”

Instead of a four-year degree, Udell decided to take cosmetology courses. For her independence, her well-being, and most importantly her happiness, she said this has made all the difference. She credits both JEVS and beauty school as assets which helped with her transition.

“I have received so many benefits from being a part of the Independence Network. When I was coming out it was hard. I had people drive me to my appointments which helped. They respected my space and gave me a platform to talk to other members. It would have been much harder without that kind of support,” Udell said of her JEVS experience. “I’ve grown in lots of ways thanks to [their] support.”

A career navigator with JEVS Independence Network named Madeline Schlusser helped Udell look into the cosmetology programs she was interested in. She even scheduled tours with her, organized her student aid applications, and made the process a smooth one. Ultimately, Udell was accepted at and graduated from the Aveda Institute.

Udell says she has accepted her disability as she has gotten older. She says this is in part due to language, to the way people diagnosed with autism and other learning or developmental issues are referred to by peers and medical professionals.

The COVID pandemic did shut down a lot of salons or prevented them from hiring new cosmetology professionals. So, Udell is looking for work. But that’s not holding her back from wanting to live her dreams to one day open a salon, and to help LGBTQ people and youth who may be displaced by society.

“I’d love to be able to use these skills to give back to this community. 40% of homeless are LGBTQ — I want to give free haircuts to those homeless and I want to help fundraise for organizations. Maybe even foster kids in the future. I was lucky and I have an accepting family. I know how rare and privileged and fortunate I am.”

While Pride celebrations and festivities are still trying to bounce back from the COVID pandemic, Udell still finds much to be proud of.