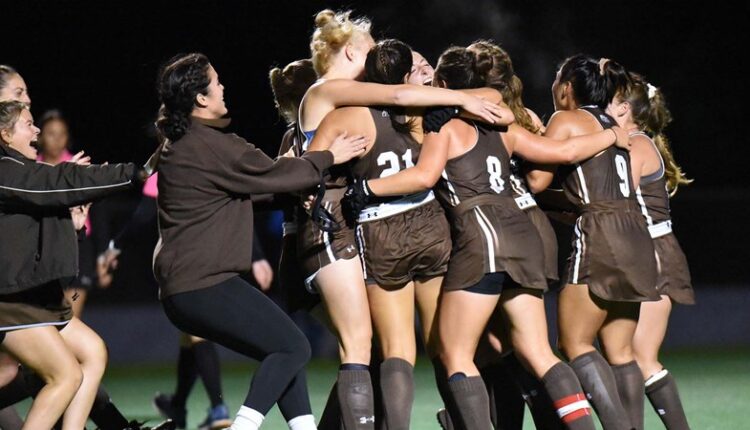 Following the season (and home) opener on the 26th, the Mountain Hawks head to Temple on Sunday, Aug. 28. It will mark Lehigh’s first trip to Temple since 2008. The Mountain Hawks defeated the Owls this past season at home by a 2 -1 final.

The following weekend, Lehigh travels west to play at Ball State on Saturday, Sept. 3 then Ohio State on Sunday, Sept. 4. The Mountain Hawks and Buckeyes did square off in both 2017 (at Lehigh) and 2018 (at Ohio State) . The ensuing weekend features home games vs. La Salle (Friday, Sept 9) and Wagner (Sunday, Sept 11).

Lehigh will play the next four games in the Lehigh Valley – with home games vs. Merrimack (Saturday, Sept. 24), LIU (Sunday, Sept. 25), Villanova (Monday, Oct. 3) and Bucknell (Saturday, Oct. 8), along with a road game at Lafayette sandwiched in between on Friday, Sept. 30.

The Patriot League Tournament begins with the semifinals on Thursday, Nov. 3 followed by the championship game on Saturday, Nov. 5. All games will be played at the overall No. 1 seed. Lehigh will be vying for a second straight tournament appearance for the first time since 2004-05.