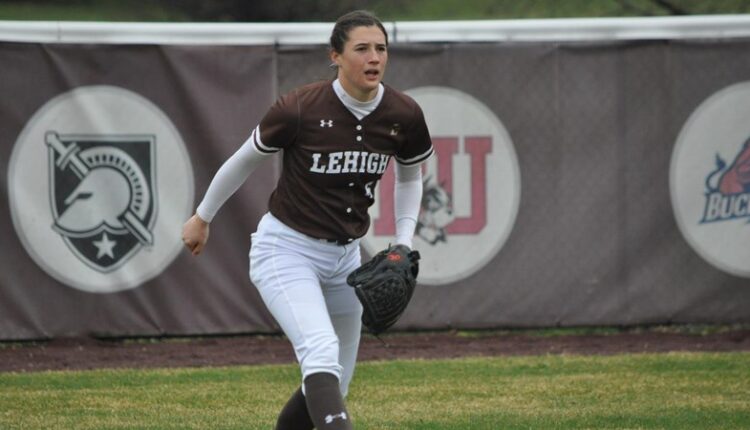 Cimino Tabbed as Player of the Week; Lehigh Preps for Two Non-League Doubleheaders

This is the second career Player of the Week honor for Cimino, who hit safely in all four games and led the Mountain Hawks with nine hits and four runs scored in a 3-1 week.

Cimino was 9-for-15 at the plate last week with four runs scored, two extra-base hits and two RBIs. She had three hit efforts in each of the final two games against Holy Cross. She had an insurance RBI single in Lehigh’s 4-1 victory in game one and then went 3-for-4 with two runs scored in the Mountain Hawks’ game-two triumph on Saturday.

In Sunday’s series finale, Cimino went 3-for-4 and homered to open a three-run fifth inning that saw Lehigh overcame a 5-0 deficit to win 6-5 and secure the series sweep.

In addition to Cimino’s weekly award, senior pitcher Gabriella Nori received honorable mention recognition. Nori allowed just one earned run over 12.1 innings in three appearances against Holy Cross. She struck out 14 batters and walked one and picked up a win and a save in Saturday’s doubleheader sweep.

The Mountain Hawks (16-12) are off from Patriot League play this week and will host two non-league doubleheaders against programs coached by Lehigh alumnae.

On Wednesday, the Mountain Hawks will host Princeton, coached by Lehigh Athletics Hall of Fame member Lisa (Sweeney) Van Ackeren ’09. First pitch for game one is set for 3 pm with coverage of both games slated for ESPN+.

Princeton enters Wednesday’s doubleheader at 15-13. The Tigers recently won two out of three Ivy League games at home against Cornell. Sophia Marsalo leads the Tigers with a .372 batting average and 16 RBIs. Alexis Laudenslager and Ali Blanchard have both thrown 65.1 innings in the circle and boast ERAs under 3.00.

On Sunday, Lehigh will close out his 11-game homestand with a doubleheader against Rider. The Broncs are coached by Dazu Ortega ’02 and Shana Treon ’04 serves as an assistant coach. Game one is set for noon.

Rider is 20-12 this season and is 6-2 in the MAAC. The Broncs went 3-1 last weekend in home action against Canisius and Niagara and will visit FDU on Wednesday and Quinnipiac on Saturday before visiting Leadership Park.

Rider leads the all-time series 33-22, but Lehigh has won the last eight meetings in the series.

Lehigh last faced both Princeton and Rider in 2019, sweeping road doubleheaders against both foes.

The Mountain Hawks will return to league play on April 19 when they travel to Army to complete the April 26-27 series that was suspended and postponed due to weather. Lehigh will then travel to Bucknell April 23-24.